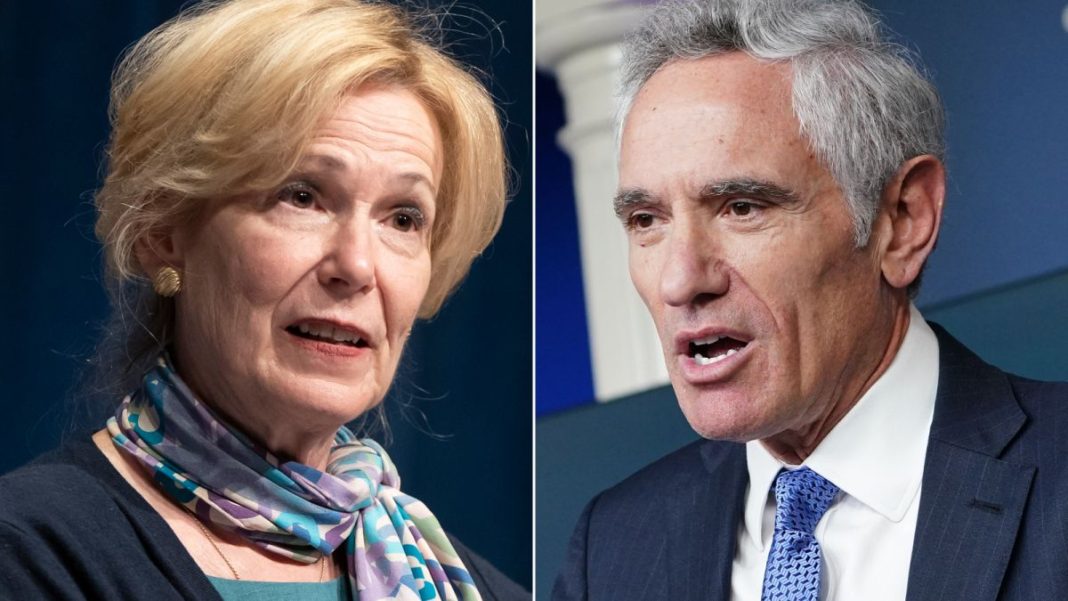 This is interesting coming from a member of Donald Trump’s administration, since other members, Kayleigh McEnany leaps to mind, went out of their way to push the fantasy land, “trust your instincts” “it’s your prerogative to wear a mask or not” philosophy. Deborah Birx recently testified before a congressional committee and she said “that tens of thousands of deaths could have been prevented after the initial phase of the pandemic if Mr. Trump had pushed mask-wearing, social distancing and other efforts to slow the spread of the virus.” New York Times:

“I believe if we had fully implemented the mask mandates, the reduction in indoor dining, the getting friends and family to understand the risk of gathering in private homes, and we had increased testing, that we probably could have decreased fatalities into the 30 percent less to 40 percent less range,” Dr. Birx testified, according to excerpts provided by the committee.

The committee’s interview with Dr. Birx was conducted on Oct. 12 and 13. In her testimony, she also lashed out at Dr. Scott Atlas, a former Stanford neuroradiologist who became an adviser to Mr. Trump and advocated for allowing the virus to spread through much of the population in order to let otherwise healthy people build up immunity against it.

She told the committee that Dr. Atlas had relied on incomplete information to draw dangerous conclusions that she felt could have long-term consequences for people who were infected with the virus and got sick.

“I was constantly raising the alert in the doctors’ meetings of the depth of my concern about Dr. Atlas’ position, Dr. Atlas’ access, Dr. Atlas’ theories and hypothesis, and the depths and breadths of my concern,” she said, referring to a group of doctors involved in the White House response who gathered regularly.

Interesting how their postures change when they’re no longer under Trump’s thumb. The image of Dr. Birx that will be forever burned in my mind is of her praising Trump to the sky for being “attentive to the scientific data,” which she attributed to his keen business acumen. Remember this profile in nausea?

"[Trump is] so attentive to the scientific literature & the details & the data. I think his ability to analyze & integrate data that comes out of his long history in business has really been a real benefit” — this is shocking, hackish stuff from Dr. Birx. pic.twitter.com/c2phsRYaJs

The takeaway from this is that Trump is out of power now so Birx can tell the truth about what he could have done better. The problem with that is that we need experts who will tell the truth regardless of the politics of the situation. Maybe that isn’t possible to find anymore.