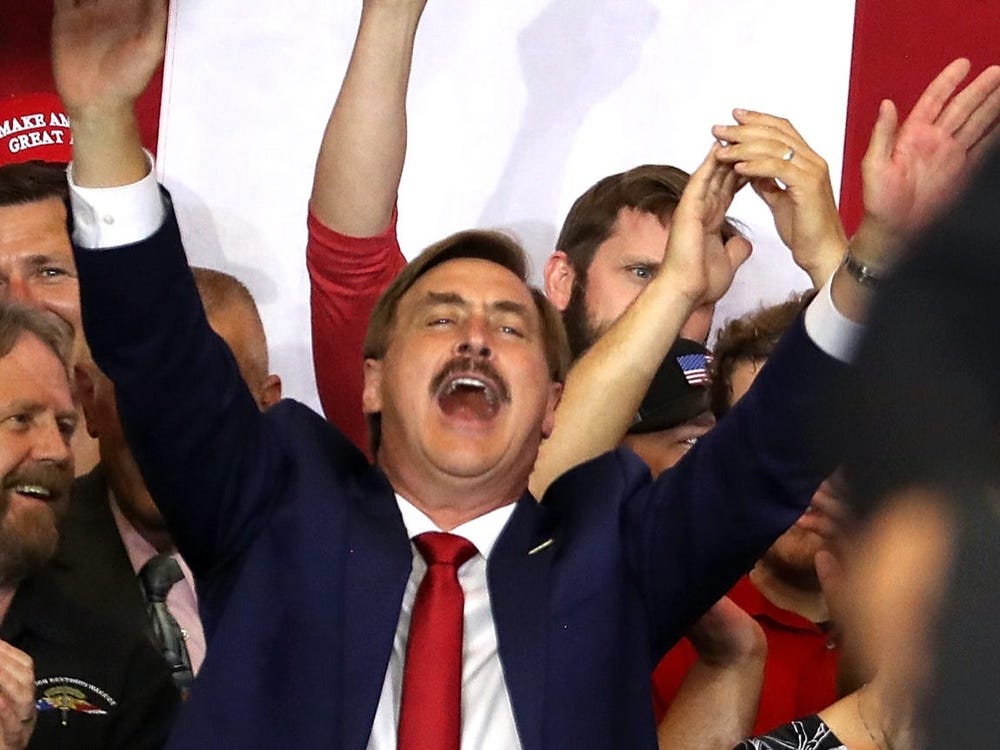 I just figured Mike Lindell out. Stay with me now, this is good. Mike Lindell isn’t real, he’s a Twilight Zone episode. Imagine a world where a despotic character in an elective democracy loses an election fair and square but one man cannot accept that reality and so he keeps fabricating ways to overturn the election.

Rod Serling: Enter one Mike Lindell. He’s a rather interesting character, having been a carpet cleaner, professional card dealer, pig farmer, bartender, and crack cocaine addict. He made a lot of money selling pillows and should have lived a life of ease in his sunset years. But he saw the brass ring of politics gleaming bright, and especially in the hands of one Donald J. Trump. Trump slipped that brass ring right through Lindell’s nose without him even knowing it. Lindell thinks he has no limitations, since he went from being a derelict to being a CEO. Pride goeth before a fall, and obsession is worse than drugs, a lesson Lindell is about to learn the hard way, here in the Twilight Zone.

And I can stop writing the episode, because you’ve seen it.

Here he is today and now the 17th of January is the new date.

Mike Lindell is permanently just weeks away from filing the lawsuit that will force the Supreme Court to overturn the 2020 election. https://t.co/8AfXrjWsY5 pic.twitter.com/IyR7SIma5V

It never changes. Will it ever change? Will this Twilight Zone episode ever end?

And Ursula Faw is 103 and she’s still blogging about it. Wait! I just figured it out!! Oh my God!! This isn’t about Mike Lindell, it’s about me!! I’m in Hell!! And I have to blog for eternity about Lindell’s continually moving the goalposts and trying to overturn the 2020 election!!!!!