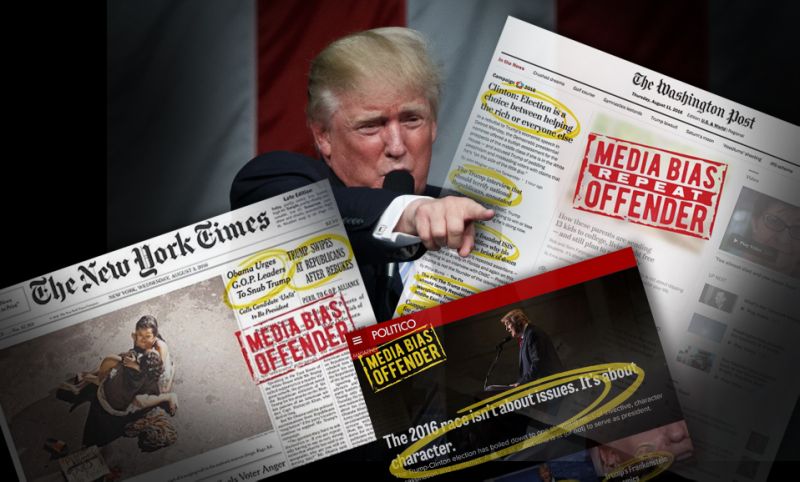 If we ever needed a Howard Beal character to show up on the airwaves, now is that time. What we need is a solid eye-blearying jolt, a double won’t do it, nor a triple, we need a whole bottle, of plain, unvarnished 180 proof truth. We are at a point in American history when things have drastically changed politically and the way politics is reported has not changed. That is our dilemma. We are skewered on the horns of it.

Every single day we see two things: On the one hand, or horn, we have mainstream media following its standard race horse, nail biting, both siderism way of reporting on the midterm election. Every single day there is a new poll out that indicates races are “narrowing” because that is how political reporting goes in this country. Remarkable statistics are seldom, if ever, highlighted because that would upset the applecart. Can’t have an anomaly. You might have to think about it, so we just won’t bring it up. More about that in a moment.

On the other horn of our dilemma, the traditional way of reporting does not allow for the true horror of events as they really are occurring to get full coverage and be explored in context, because to do so is seen as “bias” and that is anathema. So the both sider madness continues, regardless of the facts that scream, “Look at me! Look at what’s happening here! Look at what it means!” And the problem with that, is that we are left with an overwhelming sense of futility, a sense that none of this matters somehow.

We look at candidates like Herschel Walker and Raphael Warnock and we are told they are in a dead heat, when the fact is that the two men are so different that they’re almost not recognizable as the same species. Yet we hear that Walker could take Warnock’s job, mentally ill and lacking in character as he is, with a track record of lying during his campaign a mile long. This is supposed to make sense to us. Is it any wonder that people want to give up on the political system altogether? Reading these stories every day? And in all fairness, we saw a terrific senator, Doug Jones, be replaced by that idiot coach Tommy Tuberville, who doesn’t even know about the three branches of government. And he’s a lawmaker in the upper chamber of congress.

I promised you a remarkable statistic that is not being widely reported. Here it is, from Michael Moore’s newsletter:

Early voting in Georgia has already set a new record. And here’s the “bad” news the patriarchy isn’t reporting — of those who have already voted, 55% are women and 45% are men. A whopping 10 point difference! Landslide numbers. And the men who’ve been telling us nonstop for the past couple weeks that the Republicans are going to win, causing so much despair amongst liberals — well, these men don’t even see the 100-foot female wave a-coming their way.

This is not new. Voter registration among women has surged since June when Roe was overturned.

Are these the facts that you are hearing? No. You are hearing that gas prices and inflation are the big order of the day and women have just rolled over and accepted their fate. You’re hearing that, against all common sense and reason, the polls are shifting Republican. Again, Michael Moore.

In order to accept the ruse that “the polls have shifted in the Republican’s favor” — in other words, that the majority of Americans suddenly yearn for a return to the days of the accused rapist Trump — then you’d have to truly believe the following horseshit that the pundits, pollsters and party hacks are pedaling to you:

The Pundits: “The female fury over the Supreme Court Roe decision in June has subsided. Women were initially angry and upset, but then they calmed down and collected themselves, realizing that the cost of a dozen eggs (chicken eggs) and the price of a gallon of gas was far more important than having their own absolute legal control over their reproductive organs — and that being ordered to carry a pregnancy to term against their will was really no biggie.”

The Truth: The men who own and run the media have NO clue just how outraged the vast, vast majority of women remain over having it shoved in their face once again that they are second class citizens who are never going to hold real power (74% of Congress is still held by men and 426 of the Fortune 500 companies are still run by men), that women will never be paid the same as men, and that 56% of those forced to live in poverty and 64% of those who work the lowest paid jobs are and will always be women as long as the patriarchy says so — or until the patriarchy is smashed.

And these men who’ve been telling you (lying to you) every day during this election that women don’t really worry their “pretty little heads” over this stuff — which is the literal man’s boot placed squarely on their necks, as RBG used to say — are also telling us that women have been able to put their “emotions” aside and now wake up every morning obsessed with the price of gas (as of today, a whopping 21 cents over a year ago!). Of course women would gladly give up their basic human rights for a gallon of gas! The men who think this way are either just stupid, or they know all too well that they must depress the Democratic vote next week by getting just enough of you to believe that women are now voting for Republicans.

There is a maxim from a Journalism 101 class which is applicable here.

“If someone says it’s raining & another person says it’s dry, it’s not your job to quote them both. Your job is to look out of the f**king window and find out which is true.”

We’re not getting the story nowadays. The mechanism of journalism is broken in this country. In a recent podcast, journalist Margaret Sullivan said that the problem was that the news media aren’t thinking about “what’s good for the public, they think about what’s good for engagement.”  Yes. Broadcast news in particular is terrified of driving away a portion of the viewing audience. This is why the new owner of CNN has told election deniers that they’re welcome to come on the CNN platform, just don’t talk about the “stolen election.”

Lastly, if you look at what is happening on Twitter and Elon Musk tweeting out his homophobic conspiracy theory against Paul Pelosi last weekend, it is hard not to totally despair. Free speech is not about the freedom to spread conspiracy theories or, in Kanye West’s case, the freedom to dredge up the ancient hatred of the Jews (which it turns out stems in West’s case from a dispute with a Jewish physician over medication.)

Social media is a big part of journalism in this day and age. Twitter, in particular, is comprised of a lot of professional journalists. Most of the blue check mark people that Musk wants to charge money to be there are journalists. Yet we see Twitter turning into a bigger cesspool than ever since Musk took over and nobody knows how that is going to turn out. Odds are being laid that we’re in for a truly Orwellian experience of disinformation deluge, other odds makers say that Musk will tire of this game quickly and sell out at a loss. Both are possible, or some other alternative we haven’t thought of yet.

But for right now, look at this madness.

The reason you people are underrepresented in mainstream organizations is because you're freaks. pic.twitter.com/DalC20JbWV

The irony here is that Bethany Mandel (who is a Fox contributor, by the way)  is right that the story isn’t being reported properly but not for the reasons she says. The essence of the Paul Pelosi attack story is the utterly insane reaction to it by right-wing media, of which she is a part. A solid reporting of the story would stress that fact first and foremost. Instead, mainstream media is glossing that aspect over and the real story, of the insane right-wing reaction and the vulgar conspiracy theories that were spread at the speed of light, including by the owner of Twitter, is left to commentary and the blogosphere. That’s the story.

The landscape of this country may look very different a week from now. We don’t know how the midterm elections are going to shake down because we’re not getting the entire story. We’re getting facts filtered through a system that was invented to cover politics decades back and which simply doesn’t work any longer in this radically changed society which we find ourselves in since the Republican party gave up and died and MAGA emerged from its rotted corpse.

We live in turbulent times. I hope journalistic ethics can prevail over corporate interests. I am not holding my breath. But one thing is on the horizon: if we see the common sense solution which is expected at the polls next week, i.e., that the Roe decision buries the GOP, then we may see a sea change in reporting. And the sea change may already be here. It may have come this past week with the Pelosi story.

Anecdotal data point: Had lunch with an old friend, a fellow former-GOPer (but not in politics or media or anything) and he said that things feel different after the Pelosi attack. Not sure why. I feel the same thing; not sure that it'll matter, but have that same sense.

As the vilest writer has his readers, so the greatest liar has his believers: and it often happens, that if a lie be believed only for an hour, it has done its work, and there is no farther occasion for it. Falsehood flies, and truth comes limping after it….” Jonathan Swift