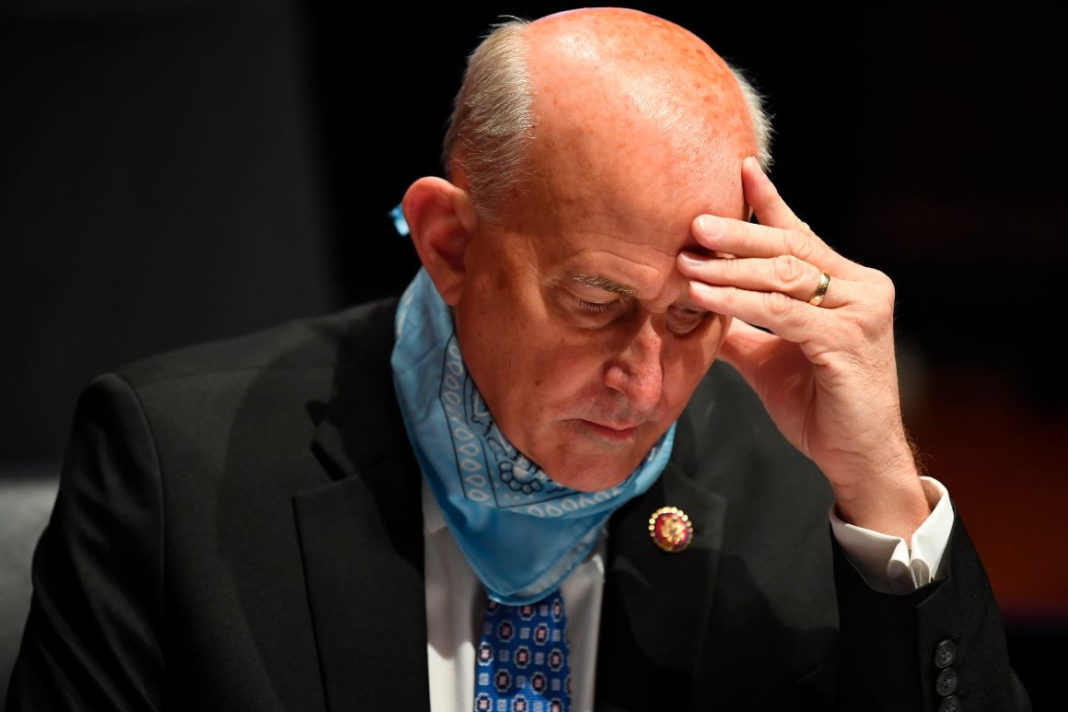 I predicted that Madison Cawthorn would succeed Louie Gohmert as Dumbest Man In Congress but right now I’d say it’s a dead heat. Gohmert was on OAN and he is clued in, doncha know, to the finer points of what’s wrong with green energy. I think it is safe to say that you will not hear anybody else talk about this particular drawback to solar panels and thermal energy.

Rep. Louie Gohmert warned OAN viewers about the "hundreds and thousands" of "Flamers," aka birds who survive windmills but wind up spontaneously combusting after flying over solar farms in the Southwest US. This is how the green new deal will bring the nation down. pic.twitter.com/FYaw8ivElT

I think I’ve seen what Gohmert is talking about. When I crossed the state line between California and Nevada last — pro tip, Louie, there is no “border” both states are part of the Union which you swore to uphold — I did see some lit up glass towers floating on a lake. Hard to describe it any better but that’s what it looked like. A real sci fi kind of a vision. So that’s a “solar farm” I guess.

As to all the birds being destroyed, well, maybe that’s why Hitchcock filmed The Birds back east. Or, maybe Brian de Palma, who is a real Hitchcock aficionado could do a remake here in Nevada.

Now here’s a secret tip for you all: The sci fi movies that you saw about radiation messing with things in the desert and making them gargantuan back in the 50’s were really documentaries. Yes, that’s true. I got that information from a thousand year old Indian who is running a fruit juice stand out by Area 51. The Tarantula, the 50 Foot Woman, all of it.

And there are still pterodactyls out in the desert of Nev-aaaah-duh, as Louie mispronounces it. Oh, yes, giant ones. There are pterodactyl alerts here in the valley. If you see a giant shadow heading your way and your cell phone starts playing Tony Bennet, that’s when you grab your umbrella and stat. Because when those babies take a dump, you don’t want to be standing underneath and unprotected. No, Sir.

This is why top secret government funding is now going into desert areas because it is feared that if the solar farms cause the little birds to explode they will eventually do the same for the  pterodactyls, and oh Louie, you haven’t seen from bird guts. Man, you’re worried about a few windows? Think of the small towns in the southwest, many of them in Texas, which are going to be doused, bird gut drenched as it were. People will be drowning in bird guts. Think of people trying to clean the bird guts off of the chicken feathers. Think of the Confederate flags that will be ruined.

Thank you Congressman Gohmert, for giving us a heads up to this looming environmental and humanitarian crisis. Let us know, please, if you believe that knocking the moon out of its orbit will help.