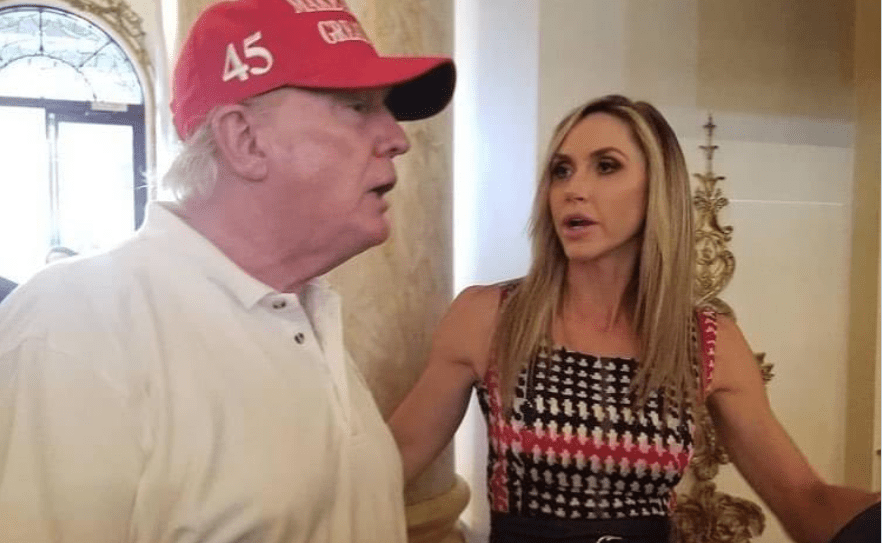 Today the faux-beautiful people gathered at Mar-a-Lago to spend money and impress one another and if tackiness were currency, this freak fest alone would have paid off the national debt. But don’t worry, there will be more. Don’t forget that the RNC is doing a big soiree here in a few days. This is their identity these days, apparently. So much for Richard and Pat Nixon and her sensible Republican cloth coat, you remember that? Minks were for those wastrels, the Kennedys, not for the icons of the party of fiscal responsibility. If Pat Nixon had shown up to this fete, dressed like that, they would have shown her the servant’s entrance.

Another pic from today’s Trump hour of power. Sort of unreal that the former prez is basically working as a greeter at a club in Florida pic.twitter.com/5ONsJw4jid

At the pinnacle of his skill, Stanley Kubrick himself could not have directed weirder shit than this.

more pictures of Trump today at Mar A Lago looking powerful and full of maniless pic.twitter.com/0uDUmt6vdh

The comparison to Eyes Wide Shut is obvious, but truth be known, Rocky Horror Picture Show might be more apt. You decide.

You can wrap a pile of ? in ? and you just have an expensive pile of ? nobody wants.

We found the baby blood drinkers. Some body call Q. They were in Donnies house all along.

I think I see my dad’s third wife in there.
(He was her 4th husband).
After he passed in 2011, she took everything, sold his house, and spread his ashes without telling any of his 5 kids.
Shockingly, she is a MAGA “blonde” in Florida now. ?

That’s literally the entire town of Palm Beach. They all go to the same shit Dr. It’s almost incestuous.

This is the party of family values, take careful note.