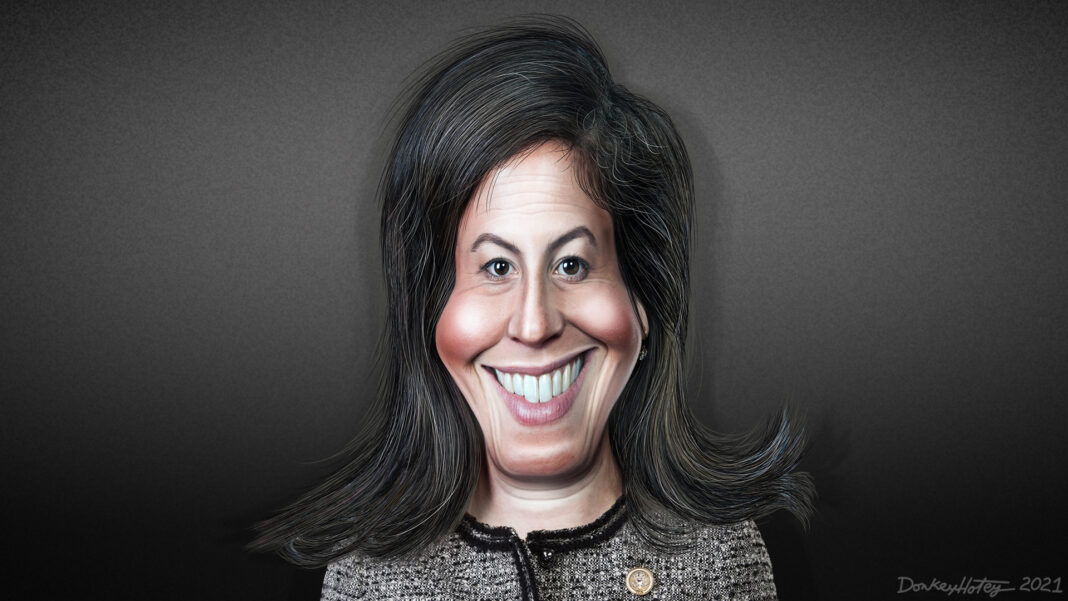 Whelp, the 118th iteration of the U.S. House of Representatives is just about set.

With Democrat Mary Peltola’s defeat of Sarah Palin wrapped up tonight in Alaska, and the recount in BoBo Boebert’s Colorado district unlikely to change the outcome of that race, it’s looking as if the 435 House seats will end up being distributed 214 for the good guys and 221 for the Rethuglicans.

Kevin McCarthy will need 218 vote to forge a majority and realize his ambition to become House Speaker, and, despite trying to persuade the retrograde Republicans of the looney right persuasion by promising to impeach everyone except Joe Biden’s German Shepherds, of the 221 votes available to him, as of this writing five have voiced their firm opposition.

“We don’t yet know the exact size of the next House GOP conference, but we know the party’s margin will be narrow. Every Republican lawmaker who announces his or her opposition to McCarthy pushes the Californian a little further away from the speaker’s gavel he craves.

“I believe we have at least a dozen or so that are strong, courageous, that will do what needs to be done on the House floor to ensure that we get an improvement in the speaker situation,” Good said on a conservative radio program.”

And the good/bad news is, as I stated above, a fifth Republican Ralph Norman of South Carolina, is a definite “No” as McCarthy brushed him off on his plan to balance the budget…

“Hard no: Norman said he agreed he is a “hard” no vote against the California Republican, dismissing that he will either vote present or not attend the speakership vote early next year.

Issue at hand: The South Carolina Republican said he primarily took issue with McCarthy’s plans to fix the national debt. During a conference meeting last week during the nomination of the speaker, Norman said he asked McCarthy if he agreed to the Republican Study Committee’s seven-year plan for addressing the budget. And according to Norman, McCarthy replied “no.” For him, that was it, he said.

Asked if McCarthy could persuade him to change his mind if the Californian approached him in the coming days about plans that Norman would support to address the national debt, the lawmaker replied: “It’s too late right now.”

Kevin has made an ally in MAGA Taylor Greene, but her inability to whip even the members of her own crazy caucus into line does not bode well for that alliance.

And we know that, in the background, the Orangeutan lurks, with a fistful of resentments towards beleaguered McCarthy.

So who will mount the elephant and charge in to take control?

Some think it will be drumpf’s favorite New York gal pal Elise Stefanik.

“In recent days, several far-right House members have come forward to say they will not be voting for Rep. Kevin McCarthy (R-CA) for Speaker, throwing a monkey wrench into the Republican leader’s longtime ambitions of taking the gavel, and raising the possibility that, just like in 2015, another Republican could leapfrog over him to take the Speakership.

“Kevin McCarthy is a coward,” said Setmayer. “They have been forthcoming how he feels about Donald Trump in public. You heard what he said in private. When he was called out on it, he bowed out and kissed the ring of Donald Trump. He knew he needed the MAGA wing of the Republican Party to vote for him to become Speaker. Having such a thin, small majority that they have right now … it doesn’t bode well for him. Because right now, there’s a five-count margin of Hell No to Kevin McCarthy. He can only lose about four of them, because no Democrats are going to vote for him. So the dynamics here are concerning, if anyone thinks that Kevin McCarthy is going to operate in good faith. He’s elevating Marjorie Taylor Greene, for goodness’s sakes.”

Uh, Tara, I knew McCarthy would not operate in good faith even before he “elevated” Greene, as does everyone in the House.

But you may be right about Stefanik… that is if she can out wrestle Gym Jordan for it.

I don’t really care who they elect, you understand, but I would enjoy watching a good fight.