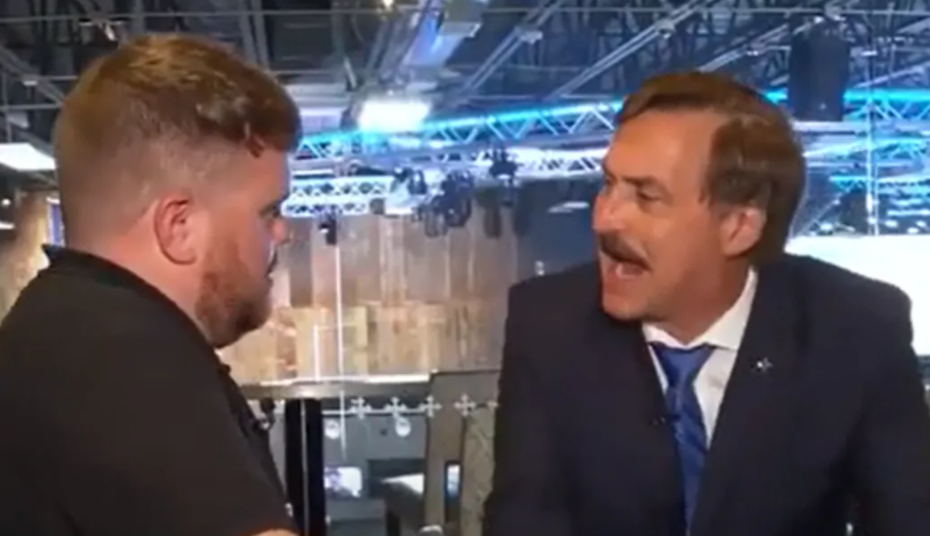 This is the final wrap up on the 2021 Cyber Symposium, please God may it be the first, last and only of its kind. What we learned here was:

CNN ran a piece, five and a half minutes long, on the symposium and it is a jewel. Donie O’Sullivan, who is from Ireland, was the reporter who interviewed Lindell. The last CNN reporter was Drew Griffin, who did a lengthy and factual analysis of the pap that Lindell had presented so far. Lindell’s response to Griffin was “come to the symposium.” So O’Sullivan and a camera crew went to the symposium, with an honest to God cybernetics expert in tow, and here is what they got.

Lindell walks away from the symposium wounded and aggrieved. He claims everything from being mugged to his star witnesses’ friend’s home being burglarized, to technical sabotage from outside forces to ruffians in the parking lot. The world of Mike Lindell is a dark and dangerous place filled with equally dark and dangerous visions. It is also a place filled with nothing but fluff, puff and advertising, just like his pillows.

Looking at this tape, you don’t have to be a psychologist to know that this is a disturbed, angry man who lashes out like a 3-year-old that he’s right, no matter what, he got it right and if you disagree you’re bad. No logic or factual analysis because he’s incapable of it. He just argues his insane conclusion and demands that you buy it. That is the sum total of what Mike Lindell has contributed to this discourse on election fraud, some nine months and a reported $12 Million later.

But he keeps saying that he’s “going to win.” Win WHAT, one wants to scream at him, as one tears one hair out. Do you remember this from last month? This didn’t age well.

Mike Lindell says by August 13, the talk of the world will be to overturn the election and get the communists out. He also said there will be many down ticket senators that will have different election results. pic.twitter.com/clYG1kMTgx

As Howard Hughes pointed out, money is insulation. Right now, Mike Lindell is a pulsating, lightning rod of sheer un-reason, a babbling toxic cesspool of lies blended with wishful thinking, which he acts out on daily. But as long as he’s got layers of rubber around him, i.e., money, he can say and do any crazy thing he wants. The yous and mes would have been in five point restraint last January pulling this.

And bear in mind, this clown was thinking of running for Governor of Minnesota at one point. Also bear in mind, but for January 6, the rest of the GOP would still be on board for it.