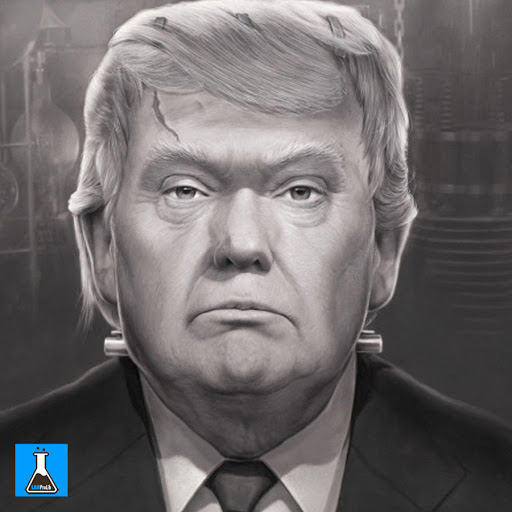 Trump is well known for breaking the laws of political physics. That’s his stock in trade. And you’re going to see him do it again. You used to hear a lot of talk of a red tsunami. That ended about six weeks ago. At this point, the GOP is hoping to simply regain the House and if it’s with only a few seats, fine. They’ll take it. No more talk of 40+ seats, the price of gas being more important than democracy, none of that is being heard nowadays.

It wasn’t just the gas prices, though, it was the “presidential penalty” or “midterm penalty” that was being factored in, i.e., the law of political physics that says that the party that doesn’t have the White House is favored to retake both chambers of congress or at the very least one.

Not after today. All of this political math needs to be recalculated. The simple fact of the matter is, Trump is firmly in the spotlight once again with his Special Master fiasco and there he is going to stay. The midterms are now going to be a referendum on him. CNN:

In other words, the more Trump is on people’s minds, the better Democrats are doing.
This, of course, is not what Republicans want. Although Biden has become more popular in the past month (more on that in a second), he’s still not all that popular. Presidents whose approval ratings are south of 45% tend to see their party lose a lot of seats in Congress.
Trump, though, is even more unpopular than Biden. His net favorability rating (favorable minus unfavorable) in a Wall Street Journal poll out last week was -19 points — considerably worse than Biden’s -8 points.

The net effect of Trump’s Special Master is to put Trump on the ballot. Fine. Welcome. Have a seat. Stay a spell, Donald. We can use you.

And while you might think that negative views of Biden would upstage negative views of Trump given who’s currently president, that may not be the case.
Take a recent NBC News poll. When asked whether their vote for Congress was meant to signal support for Biden or Trump, voters were split 44% to 44%. In other words, the former and current President were playing an equal role in people’s votes.
What all this means is that Democrats may not lose a lot of seats this time around. Most forecasts for the House have them keeping their losses below 20 seats. They’re favored (if slightly) to hold on to the Senate.
It’s an outcome Democrats should be happy to accept, given what normally happens in midterms.

I wouldn’t even be looking so closely at “below 20 seats.” I’ll go on record now saying that I think it could be below ten or even below five. (If we get wiped out, I’ll buy the cream pies and you all can throw them at me, okay?)
–
Let’s assume that the best case scenario happens and the House is regained by the GOP but with the slenderest of margins, 3-5. Or even 6-7. They’re not going to be able to get an awful lot done and if the Senate is firmly in Democratic hands, what then?
–
Or, maybe the truly unthinkable will happen and Trump, once again, will smash a law of political physics. Maybe he will so $hit the bed between now and November that the House AND the Senate remain in Democratic hands.
–
Nothing is ever certain in politics and if Trump is on the ballot? Fuggedaboutit. And Trump is on the ballot, despite the RNC’s best efforts to keep him off of it.
–
Maybe he’ll even announce his candidacy soon, ya spose? Might as well, right?
–
Stay tuned.
–
Help keep the site running, consider supporting.