I’m just going to bottom line this. This phuquer is crazy. I mean that. He is one step away from five point restraint. If he was a “normal” guy, meaning a person without vast wealth and he had this strange delusion that a job that he got fired from was actually still his, and he owned the business in fact, but there was a vast James Bondian-level conspiracy to take it all away, he would be taken in on a 72-hour hold.

This pathetic excuse for an adult male is the standard bearer of the Republican party — at least until DeSatan takes the title.

Trump says he never talks about the election being stolen: “I guess you’re a fool .. I don’t talk about it very much .. Mitch McConnell is stupid, and he shouldn’t have allowed that to happen .. Mike (Pence) was foolish and he was weak.” pic.twitter.com/mjfGFdh8Fk

Wasn’t that unbelievable? And that, ladies and gentleman, is a former head of state.

Now this next clip is priceless. If you haven’t seen this one, stop everything and watch.

Isn’t that a howler? I would bet every dollar I have that that DID go on inside the White House, nobody got it on tape. 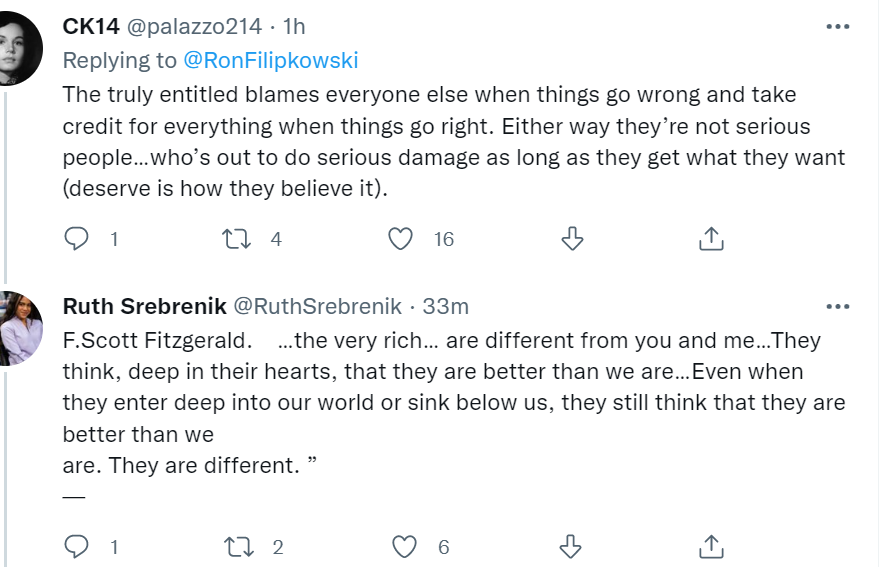 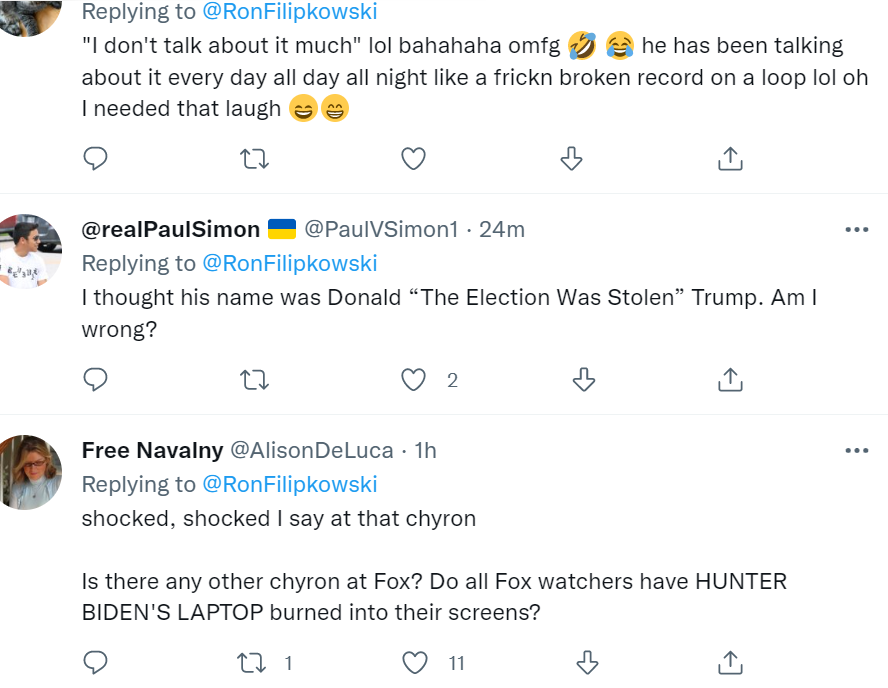 The chyron is the cherry on the sundae. That says it all. Somebody dig a hole in the backyard, put this in a time capsule. Maybe centuries from now, after we blow ourselves up, an alien species will discover it one day and they will know exactly who we were.