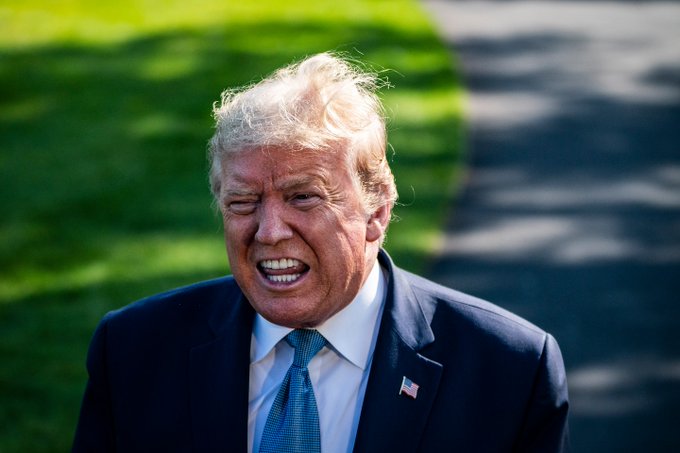 Trump still watches Fox News, which Lincoln Project knows and this must have been a five ketchup bottle fit, this one.

This is the ad that pissed off Trump this morning. pic.twitter.com/Ee8edHICu3

Here is Trumpty’s riposte. You can almost see the steam coming out of the illuminated pixels. 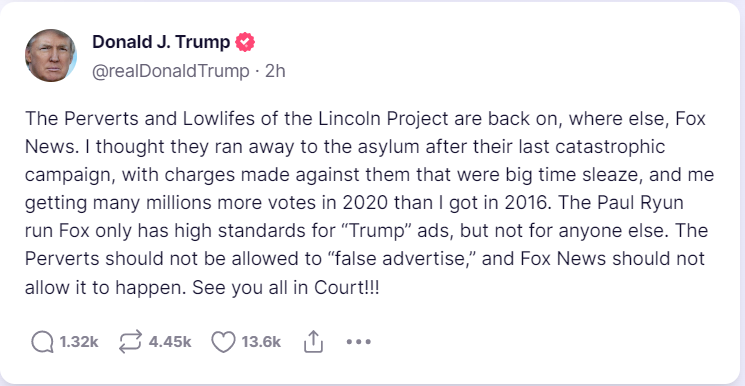 Don Don the clown is upset!! Oh, noes!! He might just set fire to the circus!! Watch the elephants stampede!! The ones with big ears are flying, anything to get away from his rage!!

Lindsey is crying and he tore his dress, Teddums is running back to Cancun, with or without an airplane, he’ll walk if he has to, Kevin just fainted and Mitch isn’t taking calls. And don’t bother Ronna, she’s still trying to figure out how to deal with the fact that Trump endorsed Jair Bolsonaro for reelection, oblivious to the fact that he’s a murderous dictator — or more likely, because of it.

What a standard bearer, what a party.