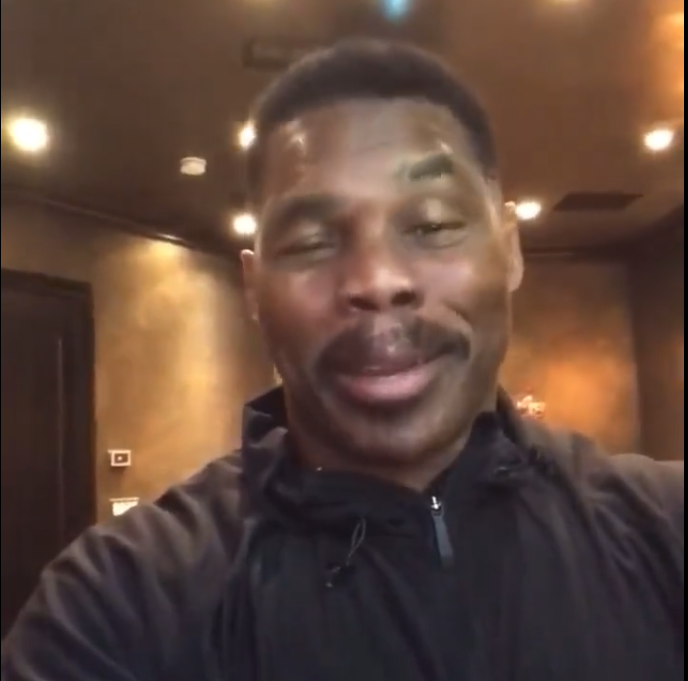 Everybody must get stoned. — Bob Dylan

This guy got tackled hard one too many times. Maybe we should issue a prize to the Zoomer who can interpret what this guy is trying to say. He also seems half in the bag, or is it just me? He mentions Build Back Better so I can only presume that he’s reacting to Joe Manchin’s change of heart and willingness to discuss passage of the bill, with modifications.

But then he mutters something about the constitution. Amazing how many constitutional scholars there are in the GOP these days. I doubt if this guy has even read the pocket version.

Trump’s GA Senate candidate Herschel Walker has a New Year’s Day message about ‘Build Back Better,’ but I have absolutely no idea what the hell he is trying to say. pic.twitter.com/i73SCoaXv1

I just listened to it for a third time. I think what happened is Walker is kicked back, getting loaded, and who can blame him, it’s New Year’s weekend. I have no problem with that.

Then I think what happened is the news of Joe Biden’s talks with Joe Manchin came up and somebody said, “Herschel you need to say something.” And so Herschel said.somethiing. What he meant to say, we’re not sure. Or maybe he didn’t mean to say anything, he just wanted to lend a senatorial air to the political narrative today. That was his attempt to do so, I think.

Or maybe it was one of the other Herschels speaking. Stay with me now. Walker suffers from dissociative identity disorder (think Sybil, the movie) and he says he had about a dozen other “alters” some who were good, some who were violent.  Interesting to know what would happen if/when one of the violent alters shows up in Congress? 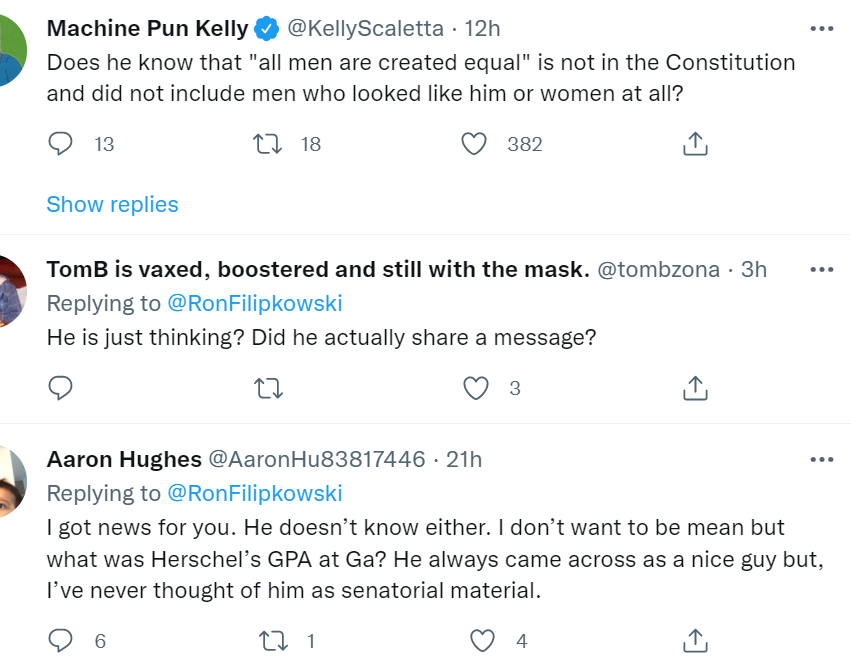 Another stellar candidate from the @GOP @GOPChairwoman @GOPLeader https://t.co/H2ZW3v9Jo1

Read the article if you don’t know these details. This article has been quoted here before. Herschel Walker is grossly unqualified for the office he is seeking, but that is this era’s GOP candidate. That’s who they are. Only the best people.

Don’t take my word for it, take a look.

You can’t make this up. Twenty years ago, if you had written this as a script, nobody would have believed it.