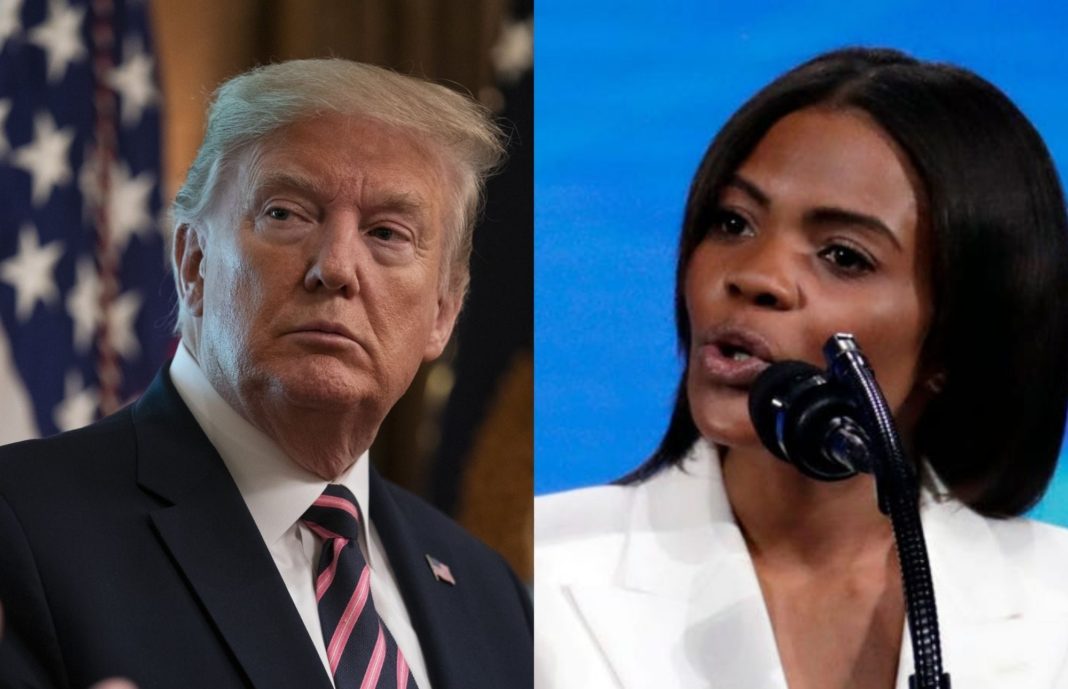 Thank you, Donald Trump. We needed a good laugh here at Christmas time and you have provided one. Candace Owens’ world was rocked a few days ago when she interviewed Trump on her podcast and he came out in favor of the vaccines. What a horrific moment in live broadcasting. MAGA world is up in arms because a pattern is starting to take place:

Add these up together, they spell trouble. The MAGAs are restless as the scales fall from their eyes and they begin to wonder if it is possible that their Dreamsickle Deity has feet of clay?

In order to save MAGA bacon, along comes Candace Owens with this commentary and it only makes things worse. Listen.

Candace Owens is doing damage control after “so many donors and supporters” are upset over Trump’s vaccine comments. She says he is old, isn’t tech savvy, doesn’t keep up with or read obscure internet conspiracies, and only follows the main stream media so doesn’t have the facts. pic.twitter.com/XAuTFfellE

She’s actually telling people to not listen to Trump because he’s “old” and that he doesn’t know what he’s talking about because he doesn’t do “independent research” because he doesn’t use the internet. We knew he couldn’t operate a computer but we also knew that he never found a conspiracy theory he didn’t like. That’s the hilarious part of this, is the argument that the MAGAs should follow Trump into a burning building if he asks it, but now, now, forget about it, he’s too old and out of it.

And the idea that he “reads?” I am speechless. I am rendered aghast. I may have to take a break……

Is it just me, or does Alex Jones “holiday” set look like the reception room of Hell? The garish colors are bad enough but the leaping flames?

And if you want to know how it gets worse, this is how. Here’s the scene in Trump Tower, where angry supporters cry out “Trump is a fraud if he’s enforcing this.”

You had us at Trump is a fraud.

Pro-Trump anti-vaccers showed up at Trump Grill in NYC today after he said he was against vaccine mandates. They were denied service and the police were called. “Trump is a fraud if he’s enforcing this!” pic.twitter.com/s65q25LrEw

The Dreamsickle Deity is melting in the dark, all his orange icing flowing down. Someone left the cult out in the rain. I don’t think that they can take it ’cause it took too long to fake it and they’ll never have that recipe again, Oh, nooooooooo.