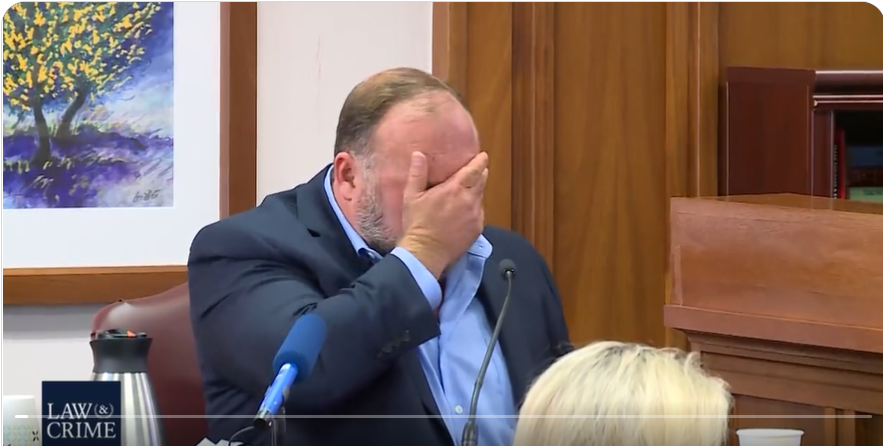 Sometimes life imitates art, imitating life. This is like Perry Mason. That gurgling sound you hear is the sound of legal careers being flushed down the toilet, to wit, Alex Jones’ lawyers’ careers. There is dumb and then there is flagrantly stupid and Alex Jones’ lawyers are the latter. As a matter of fact, a writer for Law & Order, the TV show, said, “I would never write lawyers this dumb.”

Jones’ lawyers sent an entire digital record of Jones’ phone to the Sandy Hook lawyer, Mark Bankston. Jones’ lawyers “did not take any steps to identify it as privileged or protected in any way and as of two days ago it fell free and clear into my possession,” Bankston told Jones in court Wednesday. “That is how I know you lied to me.” [about text messages about Sandy Hook]

And truthfully, it comes as no surprise. Anybody who would represent Alex Jones is probably not the sharpest legal knife in the drawer. So Jones may be going to jail for perjury and if that’s not enough, the January 6 Committee began preparing a subpoena for Jones’ phone records within minutes of hearing this revelation. Rolling Stone:

On Wednesday, Sandy Hook victims’ attorney Mark Bankston told Jones that his attorney had mistakenly sent Bankston three years worth of the conspiracy theorist’s emails and text messages copied from his phone.

Now — a source familiar with the matter and another person briefed on it tell Rolling Stone — the January 6th committee is preparing to request that data from the plaintiff attorneys in order to aid its investigation of the insurrection. These internal deliberations among the committee, which is probing former President Donald Trump’s role in causing the deadly Jan. 6 Capitol riot, began within minutes of the lawyer’s revelation being heard on the trial’s livestream on Wednesday afternoon.

Jones has already featured prominently in the panel’s investigation for his role in whipping up public support for the insurrection and for his close ties to alleged conspirator Stewart Rhodes, the leader of the Oath Keepers militia. Jones frequently hosted Rhodes as a guest on his InfoWars channel and his militia provided security for the Texas-based conspiracist.

Alex Jones looks ghastly. I would not be surprised if he fainted on the stand, seriously. 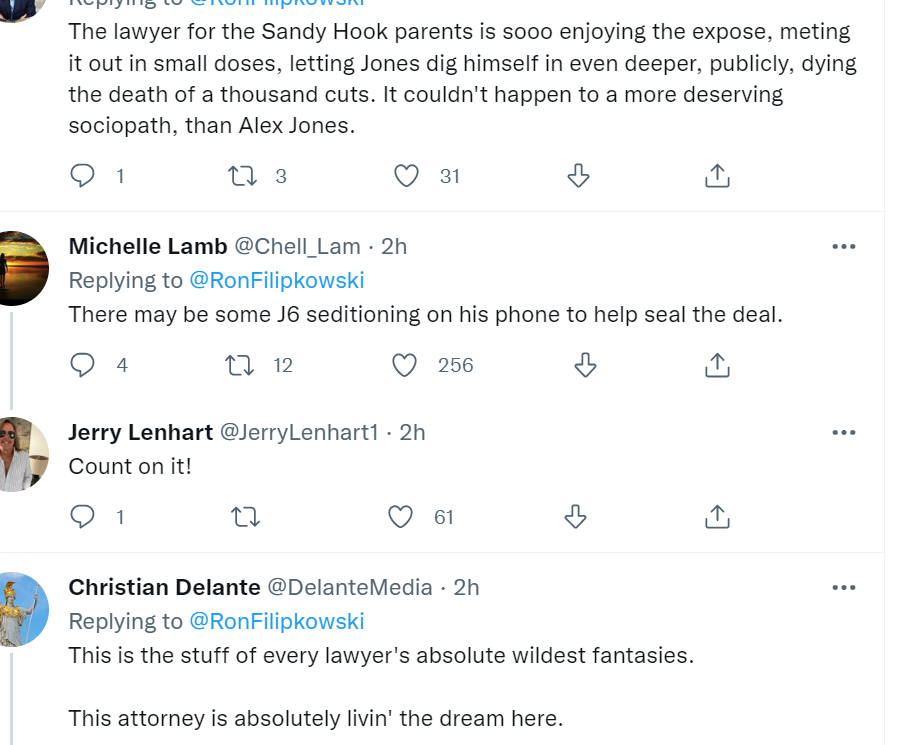 Jones is like Icarus. He flew too close to the sun and melted his wings. Jones was okay when he was ranting about space aliens and Satan coming to take over, it was clearly fantasy. But when he got into actual life experiences and politics, especially, he got in way over his head.

He may have a long time to think about it in prison. Maybe Roger Stone can bake him a cake with a file in it.