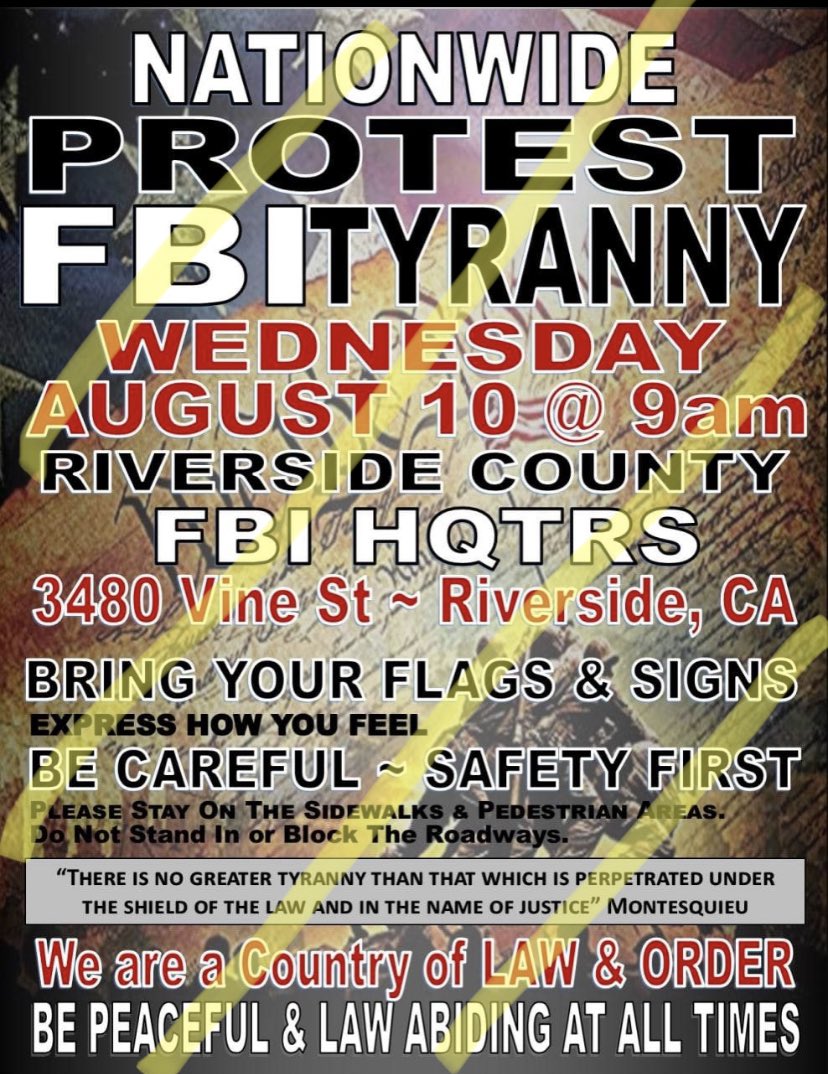 Looks like Toni Ringlein is helping organize tomorrow’s Riverside FBI protest. With Toni’s history of calling for the execution of President Biden, I’m sure the FBI will easily recognize her. https://t.co/xghrHjmd0a pic.twitter.com/rv6tH4PQak

In case you question the veracity of InMinivanHell’s reporting, here is a Tweet from Toni Ringlein’s own Twitter page…

Everyone saying “a judge signed off on the FBI’s search warrant” clearly won’t admit that the entire Deep State hates President Trump and would sign off on ANYTHING to hurt him.

Ummm, cupcake, this wasn’t the “deepstate” but the regular old FBI tossing his dump of a golf club, state…

Imagine if the FBI cared half as much about holding Epstein/Maxwell child abusers accountable as they do witch hunting Donald Trump!!!

Look, Tomi, I know you are a Fox News reporter, and I don’t expect much, but surely you remember that Don Cornholeone and Epstein were clubbing buddies who allegedly assaulted a teen girl together, and that Epstein was suicided while nominally in the custody of his Attorney General Bill Barr and that Maxwell is now convicted and in jail? Or is that too much to keep in your otherwise empty head?

Maybe you should throw in a protest on his account, Toni…

Not easy looking more vapid and brain-dead than the half-Governor, but you pulled it off girl.

Well, there’s a pair that beats a straight…

I’m afraid we can expect to see a lot more of this in coming days, these nutjobs will defend their pervert God-King to their final breath.

Here are some concerns from InMinivanHell’s followers:

“We are a country of Law and Order” …so we are protesting the FBI trying to err uh enforce the Rule of Law! ?? Yeah. pic.twitter.com/nzx4PrEvSM

What kind of person poses with a noose? Oh, yeah we saw lots of them in lynching photos…

It comes off has hypocritical but not to a conservative. This explains the Republican mindset https://t.co/RUkfq73fiO

That’s about the size of it, Lana.

All of the rest of us:

"We are a country of law and order"
Meet-up to protest the FBI. pic.twitter.com/7BJE6OGTy3

Stay safe until the MAGA shitstorm passes over, folks.