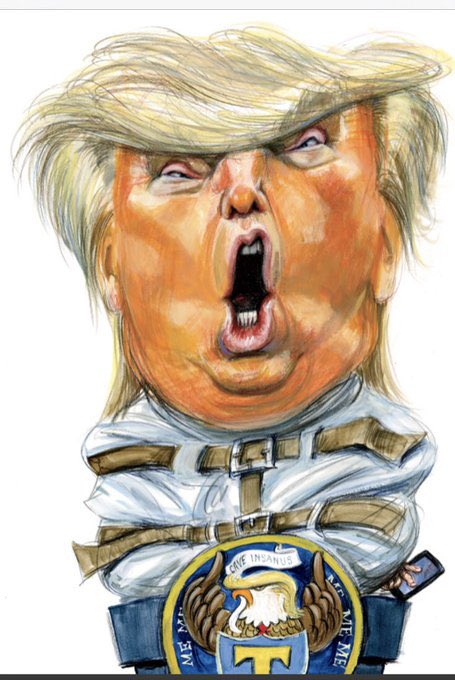 This is a scream. The yous and mes that read political blogs and keep up on Washington doings think that we’re about to witness a John Dean moment, or maybe a second John Dean moment, (counting Cassidy Hutchinson as the first) when White House counsel Pat Cipollone takes the stand on July 6th.

We are not alone. Donald Trump is anticipating the same thing as well. Or, he’s anticipating something very very bad, let’s just say that much. 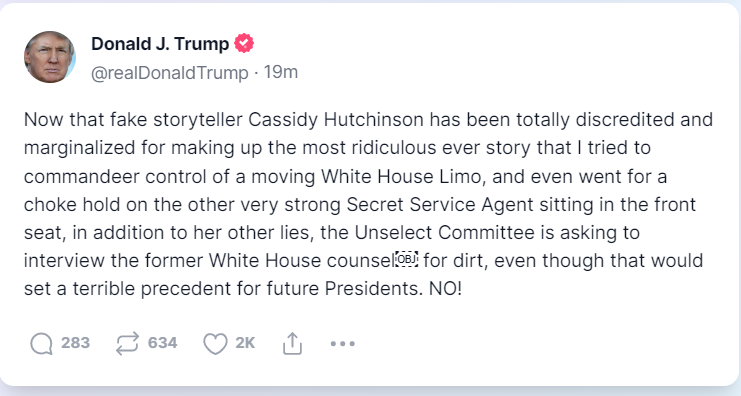 Can everybody see the little box with the letters OBJ after the words “White House counsel?” I don’t know what it means. Anybody here got any ideas? Could it be that Truth Social has some mechanism for questionable comments and Trump wrote something “objectionable?” I am totally guessing.

That is Trumpty Dumpty’s reaction. He is undoubtedly having vertigo and seeing pools of orange egg yolks, or maybe prison bars, every time he closes his eyes, unless I miss my guess.

Now Truth Social is not like Twitter. Truth Social has zero snappy repartee. There is a lot of idiocy on Twitter but there is also some terrific commentary. Some of the threads I’ve read on Twitter have been as good as any blog I’ve ever encountered, or any article by the best political pundits. In fact, some of the Twitter threads I speak of have been penned by these same pundits. There is zero intellectual depth on Truth Social.

Plus, Trump has his saboteurs on Truth Social. One of them posted this underneath the Truth I copied above. 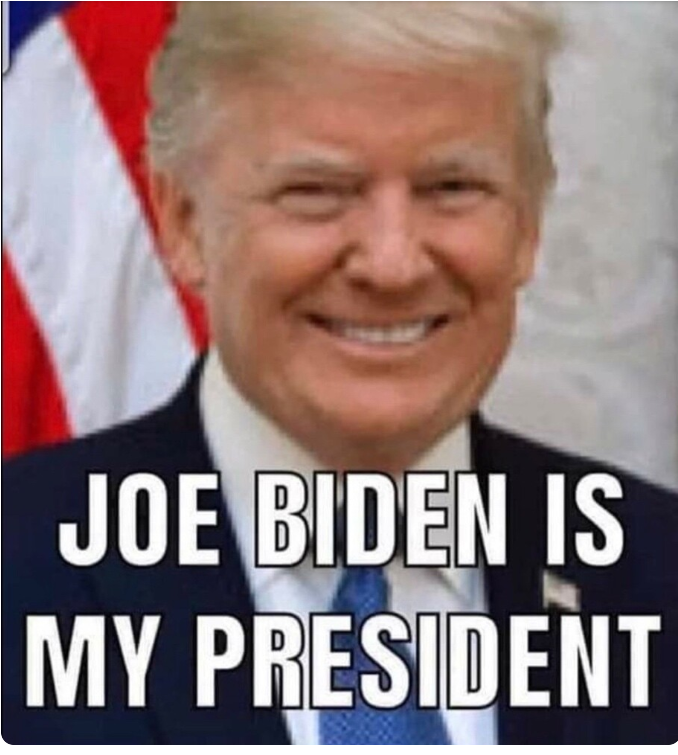 Kind of hard to lead the troops when there is propaganda like this countermanding and undermining your narrative. I’m sure that he will ban the perpetrator of this meme, but hey, the damage is done, right?

Yep, they caught the Democrat behind enemy lines. 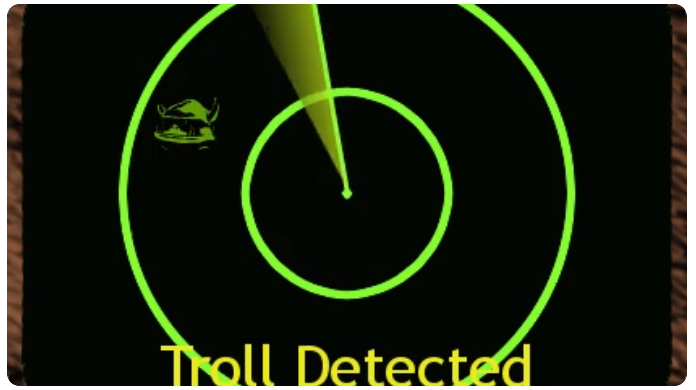 Think of Twitter done by 8-year-olds and that’s Truth Social.

I think the J6 Committee may have spoiled Trumpty’s 4th of July. Sad. But you get the idea, from the desperate level of this rant and his weak rationale why Cipollone should not be subpoenaed that Trump is scared.