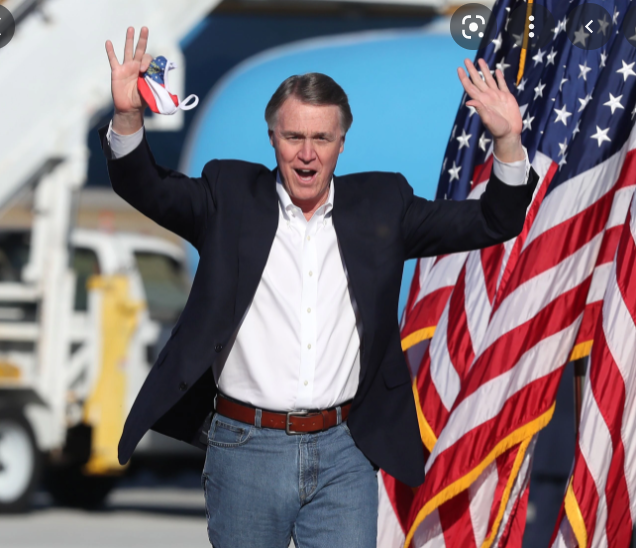 You don’t need to be much of a political prognosticator to have foreseen this one. The primaries this week did not go as Donald Trump planned. Mehmet Oz did not sail away with the nomination. Trump pretty much figured Madison Cawthorn was toast. If he didn’t, he wouldn’t have withheld his tepid endorsement for the day before the primary. Idaho was catastrophic, when Trump’s chosen one went down in flames there. And bear in mind, this was on top of the defeat of Trump’s gubernatorial candidate in Nebraska, Charles Herbster, washing out the week before.

You add all that together, and Trump does not feel like putting himself on the line, or more accurately, the duck gallery, where journos and the public will take shots at him every time one of his endorsed MAGAs, the chosen few, takes a fall.

Any fool can see that David Perdue is going to wash out bigly and Trump doesn’t want to be bothered. He’s cutting bait now. Good luck, David. Remember, we warned you what happens when people trust in Trump. Purdue is trailing at 28% to Brian Kemp’s 60%. Ouch. And we mean Ouch. MSNBC:

Even the man who recruited Perdue to run against Kemp — former President Donald Trump — seems to have given his campaign up for dead, according to three Republicans who have spoken to the former president. They say Trump has groused about what he believes is a lackluster campaign effort from the former senator.

Trump is not planning to make any more personal appearances in Georgia on Perdue’s behalf, having sunk enough of his own political capital in a race that is looking like a lost cause, a fourth source, a person close to the former president, said, speaking on condition of anonymity to talk more freely about Perdue’s prospects.

“David [Perdue] either has a bunch of geniuses working for him — because he’s basically spent no money — or he’s run the most flawed campaign in America,” this person said, while noting that Perdue retains an outside shot at forcing a runoff.

It’s a bitter dynamic for Trump, who has made his nationwide endorsements a sign of his influence in the party and part of his implicit case to be the GOP’s presidential nominee in 2024.

Trump has crusaded against Kemp after the governor refused to help him overturn the 2020 election results in Georgia that helped cost him reelection. Now voters there, many of whom have grown weary of Trump’s involvement in the state GOP, could reject Perdue as well as other statewide candidates he has endorsed. A notable exception: former football star Herschel Walker, who’s set for a big Senate primary win Tuesday and who was recruited by Trump.

“At the end of the day, Donald Trump doesn’t care about David Perdue winning. He just cared about Brian Kemp losing,” said Lt. Gov Geoff Duncan, a Republican who chose not to run for re-election and incurred Trump’s wrath for defending the state’s 2020 election. “And that was a very shallow attempt at trying to unseat a perfectly fit conservative governor.”

Kemp is already talking about his face off with Stacey Abrams in the fall. He doesn’t even mention Perdue. Perdue will sink from sight after the primary. He would have sunk from political sight before, but he decided to listen to Trump and become his stalking horse and go after the sitting governor. It was a stupid move. Perdue disgraced himself. He erased any chance of gracefully retiring from politics. Now he’s going to look like a complete fool.

As we have said before: Everything Trump Touches Dies. Maybe we should embroider that on a MyPillow and send it to Madison Cawthorn.