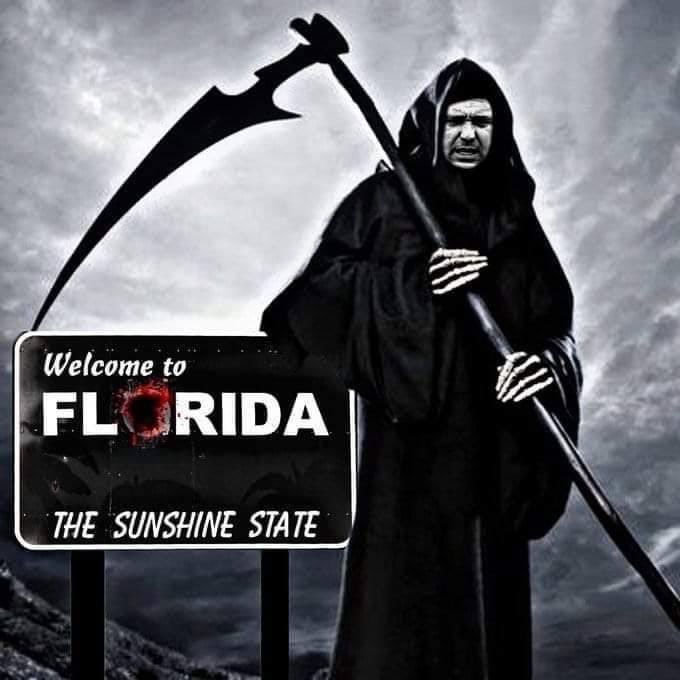 If they held a contest for “most adamant anti-vaxxer in government” Ron DeSantis would win it hands down. He let beaches in Florida remain open in 2020 when Donald Trump was sashaying about saying, “It will disappear. One day, like a miracle, it will be gone.” COVID denial is a religion in Florida and DeSantis is the high priest.

The Omicron variant has gone raging through the state, naturally, and since the governor has been missing basically for the past two weeks, speculation is that he may have it. Or something. Newsweek:

Critics of the Republican governor have accused him of being “Missing in Action (MIA)” as Florida has set new daily records for new COVID infections four times since December 23.

DeSantis last held a press briefing about the pandemic on December 17 and photos of the governor shared to social media have raised questions.

DeSantis’ official Twitter account has recently shared photos of him that were apparently taken several days earlier without noting the fact. On Tuesday, DeSantis’ account posted a photo that had been taken 12 days earlier—a fact later confirmed to MSNBC by the governor’s office.

Critics have accused DeSantis of being MIA as Florida grapples with a rise in COVID-19 cases. On Thursday, the state reported 58,013 new cases, setting a new daily record. The total number of cases in the state throughout the entire pandemic has now surpassed 4 million.

It’s funny DeSantis’ team is putting out that 12/17 photo when Ron DeSantis hosted people for a “Holiday Reception” at the Governor’s Mansion on 12/20.

Is this his last sighting? If he has covid, was he knowingly positive during this event? https://t.co/OiQyU23okP pic.twitter.com/hHtN4ee818

People do whale watches. Maybe we should station a group of people to watch for DeSantis.