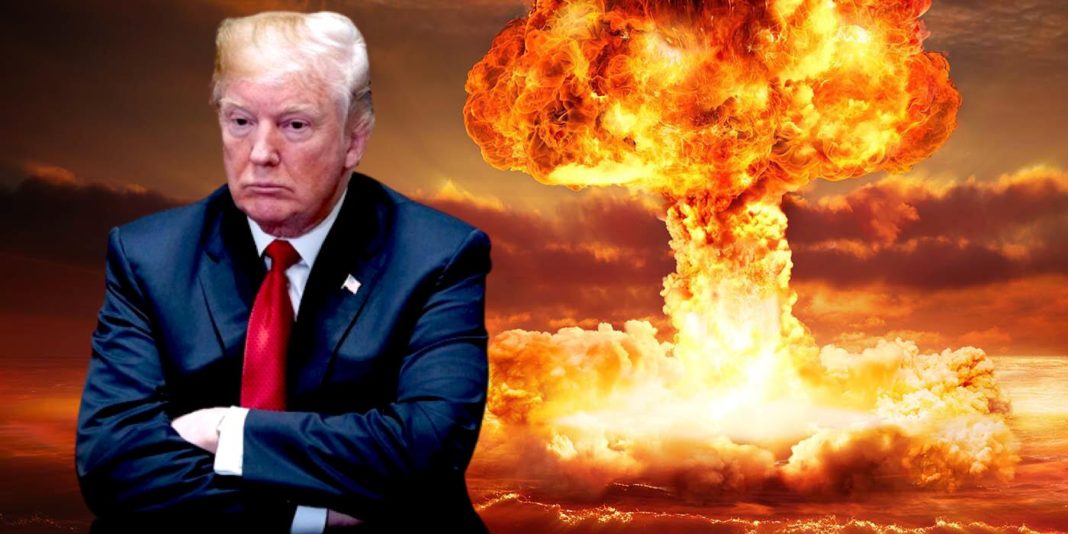 Yesterday’s revelation that the nuclear secrets of another country were among the Top Secret and classified documents that were seized August 8 at Mar-a-Lago brought up some very sobering facts.

Fact: there are only nine countries in the world with nuclear capability, to wit, U.S., Russia, China, North Korea, France, UK, India, Israel, and Pakistan. If it was one of the other eight, besides the U.S., which one was it? Who did Trump want to leverage or had he already leveraged somebody? This is what Michael Cohen said.

“So, this is all about power for Donald Trump. This is all about him still remaining relevant and exerting the power over the United States as extortion in the event you indict me or members of my family, if you indict me or try to incarcerate me, I have nuclear secrets that I have instructed some of my followers to turn over to our adversaries. That’s what I believe. It’s all about him maintaining power not just in this country but in foreign countries as well. The dangerous part that we’re all doing right now is creating these hypotheticals. Are the nuclear secrets the secrets of Israel? And maybe he’s handed them to Mohammed bin Salman and that’s why they gave Jared Kushner $2.5 billion.”

Cohen is spot on about one thing and that’s the fact that even talking about this hypothetically shows you how bad things are. The reign of Donald Trump, while mercifully only four years, was enough to have alienated a lot of our allies in the world and cause the rest of them to look at us guardedly.

You can’t blame them. I wouldn’t trust us either, after electing Donald Trump.

And this fiasco exposes us badly in the intelligence community. There’s another clip here you need to see, where former CIA agent Phil Mudd explains how this fiasco at Mar-a-Lago could impede intelligence gathering going forward.

“There is a phrase we use that is sources and methods. If you released this information, the adversary work we’re collecting on will understand how we acquired it, through intercepted communications, they can both shut down that channel of information so that we can’t collect anymore, and there’s a secondary piece. They can see what we cannot collect and what we seem not to know and hoping that the U.S. penetration of the nuclear program is not complete, and it gives a lot of clues to a foreign adversary if this stuff ever gets out.”

Trump understands none of this. Say what you will about Dubya, he was not a good president for so many reasons, but he understood the importance of basics like classified documents. He didn’t pull a stunt like this. Trump is oblivious. He only understands life in the most simplistic of tabloid terms, you get dirt on somebody so that you can leverage them in the future. He’s got the mind of a petty mobster, not even a smart mobster, but a low level one, with aspirations to be a capo but not having the brains.

Trump didn’t need brains to rise to improbable heights because he had television. That was his strong suit, his only suit, and he played it masterfully. Unfortunately, life isn’t a TV show and there are real world consequences for his actions and we are now seeing what they are.