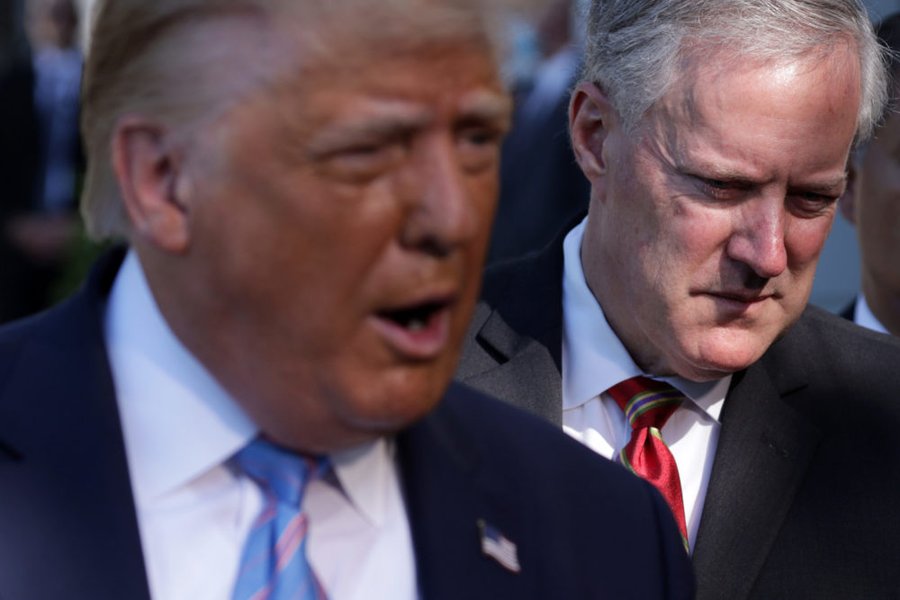 Kakistocracy: “Government by the least suited, least competent members of a state.”

When did we all fall asleep? It must have been some time ago. What I remember personally is being lulled into a liberal stupor by eight years of Obama, after the anxiety producing tightrope walk of eight years of George W. Bush. I was amazed we got out of that in as good a shape as we did.

So, yes, the election of Donald Trump was a wake up call in the form of ice water in the face at 3:00 a.m. But he didn’t get there alone. None of them do, not Hitler, not Mussolini, none of them. What keeps coming out, over and over again, as we examine the Capitol Riot, is the utter corruption of not only Trump but the GOP who adopted him. And it is deep. New information is now coming out about Mark Meadows and how he utterly flouted all previous conventions that were observed by other presidential chiefs of staff.

Hit the blue hot link in the middle of the tweets and go to page 147. (The material can’t be cut and pasted from this level of software, or I would do so.)

Solomon and Hemingway don’t have the security clearances to read classified documents, most people don’t. But Meadows either doesn’t care that it was a crime to give out classified documents or he’s too stupid to know it was a crime. Sorry, Mark. Ignorance of the law is no defense. And it is particularly indefensible that a White House chief of staff would not know something this basic.

Now let me tell you where I think this might be going and oh, do I hope I’m right: Mark Meadows might flip on Trump, in order to get himself some kind of a plea deal from Jack Smith. I find that very plausible, on these facts.

And you know how I have stated ad nauseum: Meadows is the linchpin to understanding the Capitol Riot and Meadows is not going to go to prison for Donald Trump. Those are my core beliefs. I hope I see them bear fruit.