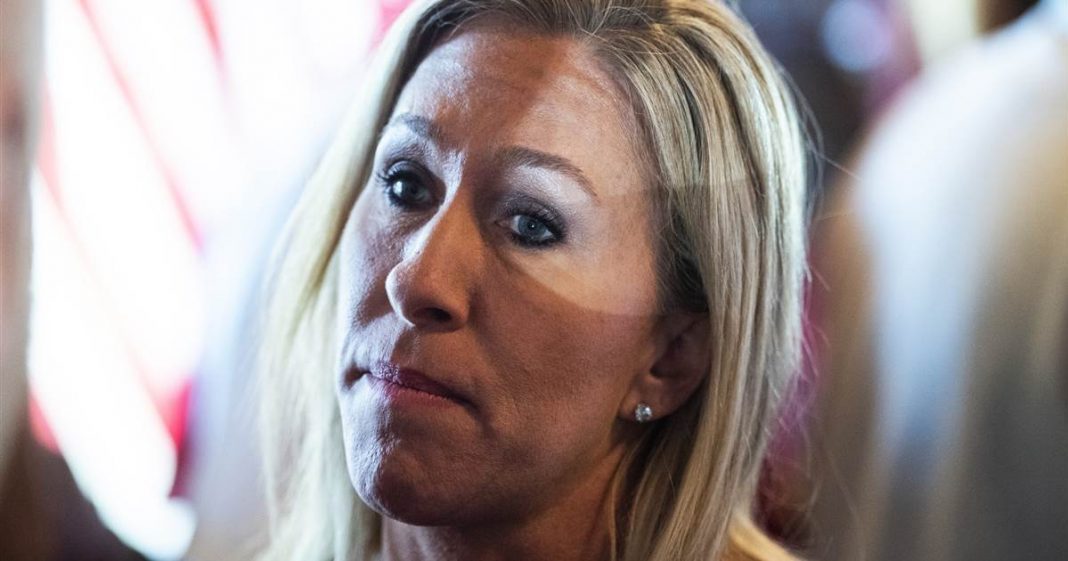 Nothing like always being in the winners circle in the classless Olympics. Marjorie Taylor Greene was asked to speak to the issue of Stacey Abrams running for governor in Georgia and of course Greene got to the important issues right off the bat: Abrams didn’t wear a mask in a classroom and Abrams is overweight.

Marjorie Taylor Greene: “Obesity. You know, Stacey Abrams has a real issue with obesity. …if anyone should be wearing three of four masks, it should be Stacey Abrams.” pic.twitter.com/hpFOpphLrR

The sad truth that somebody should break to Greene is that while Stacey Abrams can lose weight, Greene can never grow any more IQ points, which she desperately needs. Greene is going to be stupid the rest of her life. That’s a lot more of a death sentence than being overweight.

But it was to be expected. This is Greene’s level, politics as sandbox shitposting.

But consider this: maybe we should go along with Greene’s ideas about overweight people running for office. And maybe we should say that they can’t. And that would put her idol Donald Trump out of business really fast, now wouldn’t it? 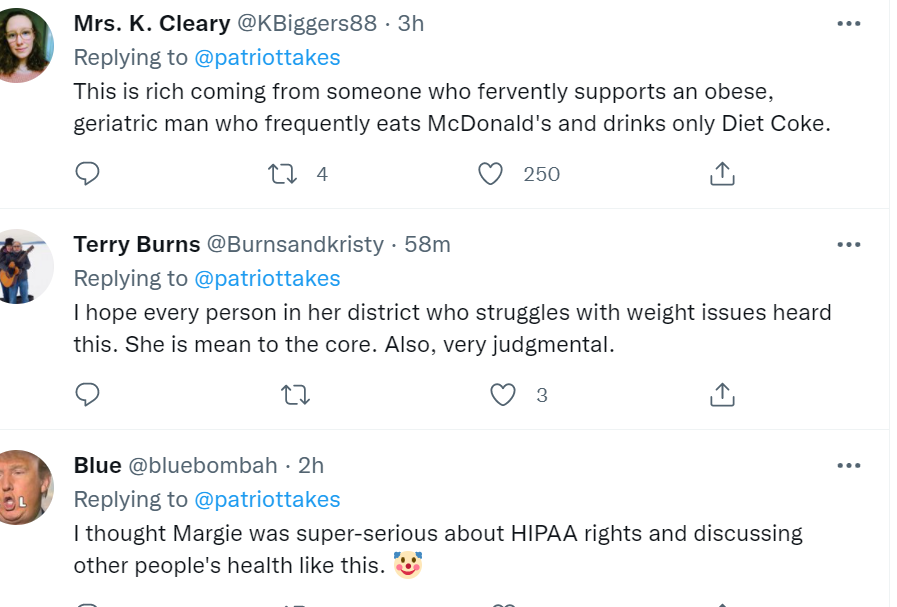 And it will stay this way. Don’t expect Greene to discuss any actual issues. That’s not what a PR troll does. 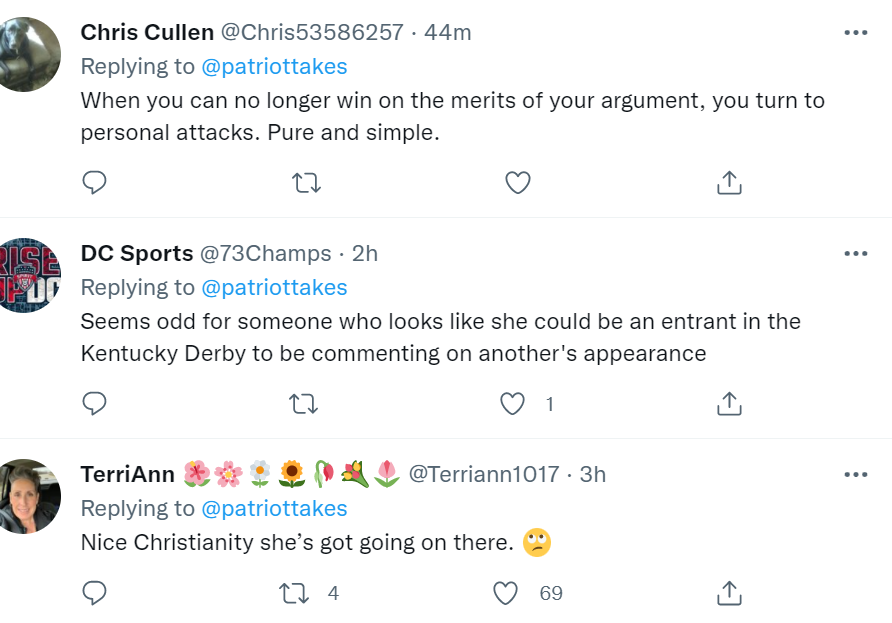 Maybe Abrams could start on the gazpacho diet? That’s a very healthy soup to eat, I’m told. Just live on gazpacho, like Greene will live with gazpacho jokes the rest of her life.

And if that doesn’t get you skinny enough, then you can always do liposuction via Jewish space laser. That’s an extremely popular form of surgery these days. Louie Gohmert is in negotiation with people on the other side of the moon to open up a clinic there, before he knocks the moon out of its orbit in order to aid in climate change.