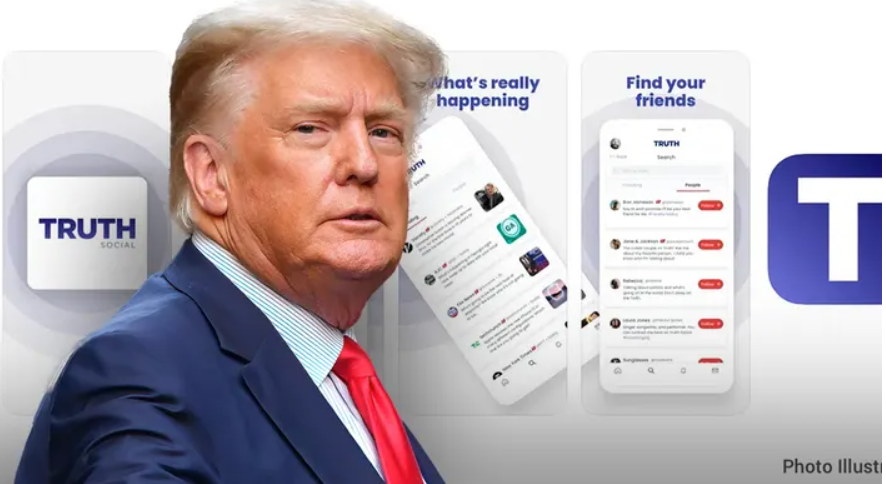 The fascinating part of being the world’s foremost narcissist is that whatever happens in your life, you naturally assume that it’s because of the evil machinations of your enemies. It couldn’t possibly be your own incompetence. True to form, Donald Trump is now accusing Google of some sort of premediated scheme to trash his Truth Social platform.

The problem is that there isn’t an Android app for Truth Social in Google’s Playstore and the plain truth is that Truth Social hasn’t even applied for one. The company is also advertising for a developer who can assist with “bringing some of our core products to Android,” according to a posting on the TMTG’s website. Per usual, Trump’s troubles are of his own making, not the result of some James Bondian plot.

The truly comical element here, is that Trump has sent his know nothing namesake son to enter the fray and bring home the prize. Junior can hardly open his eyes on any given day but he’s got the where withal to take on Big Tech and run it to ground, like it’s one of the caged animals he slaughters. Righto. Rolling Stone:

In the time since February, the ex-president has repeatedly hit the phones to ask his advisers such pressing questions as “What the fuck is going on” with Truth Social? On multiple occasions, Trump has bemoaned the bad press the app rollout has attracted, demanding answers on why his new website wasn’t crushing his MAGA-app competitors. Things got bad enough that in recent weeks, the former president’s eldest son, Donald Trump Jr., was called in to take a lead role focused on trying to “fix” what was wrong with the company and the app performance, according to two people familiar with the situation. One of these sources frankly referred to what Trump Jr. was doing as an emergency “rescue mission.” (A spokesman for Trump Jr. declined to comment on this story.) […]

The source of his paranoia, according to two people with knowledge of the ex-president’s query, was the absence of an Android app for his struggling social media app, Truth Social. Since it launched in February, the app has been available only on Apple devices, leaving Android users — roughly 40 percent of the U.S. mobile device market — without access to the platform. This has left Trump with questions about the status of the product and whether his perceived enemies at Google had any plans to reject it.

“He keeps hearing about how Google and YouTube have it out for him … including on Truth Social, and I think he’s taking [it] seriously,” says one source who’s discussed the topic with the twice-impeached former president. (In some instances since last month, Trump has instead asked if Google is trying to “screw with me” on Truth Social or has simply inquired, “What’s up with Google?”) […]

In a statement about the future availability of a Truth Social Android app, TMTG chief executive Devin Nunes, the former congressman and vociferous Trump ally, appeared to lean in to Trump’s suspicions, hinting that Google’s approval of the app in its Play Store could be uncertain. Truth Social, Nunes wrote, was on the verge of making the app available in web browsers at the end of May: “After that we will launch an Android app … pending approval from Google!” A week prior to Nunes’ announcement, Trump alluded to Android availability during a rally in Ohio, telling fans that “non-iPhone users are coming very, very soon” to the platform.

I’m a bit surprised that Trump didn’t call upon Jared, “My Star” to fix the Google issue, but I guess those days are over. Jared is too busy kissing Saudi behind for big bucks and avoiding his neighbors in Florida who don’t like him. We don’t like, either.

Trump apparently wants to see Truth Social turn into something big. He’s bragging about how it’s so much better than Twitter and how he won’t go back to Twitter even if asked. His shill woman, Liz Harrington, announced on Twitter the other day that she would soon be leaving Twitter for the greener pastures of Truth Social. Don’t let the door hit you, Liz.