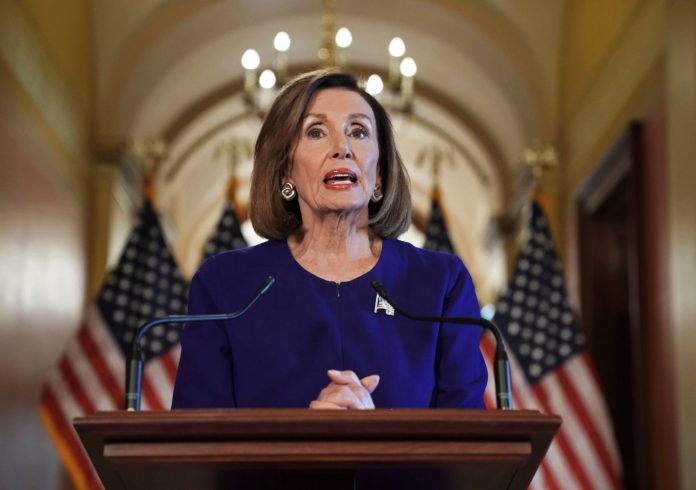 While I don’t live in California, I have long been a strong supporter of yours. Hell, all you have to do is to read some of my posts to see how much I admire your courage and political skills. My favorite moment was when you whipped votes for the ACA, telling your caucus that they weren’t elected to congress to get reelected, they were elected to do the peoples work.

And so, it grieves me deeply to have to say that I am deeply disappointed in you tonight. Tonight, you guys and gals are holding a vote-o-rama that will go well into the night. And the reason that you are doing so is that the House doesn’t have to meet tomorrow, due to security concerns, because of intelligence concerns over another attempted takeover tomorrow.

I’m sorry, but I cannot tell you how weak and ineffective this looks! This is not January 5th. There are literally thousands of National Guard troops constantly patrolling the perimeter of the Capitol. The Peoples House now strongly resembles the Green Zone in Baghdad, with concentric rings of fencing and concertina wire. If we can’t repel a bunch of ragtag militia morons with all of our preparations and firepower, then we are in deep trouble.

At this hour, as far as I know, the United States Senate is set to meet on schedule tomorrow. And the United States House of Representatives should be meeting on schedule as well. Terrorists, whether foreign or domestic, feed on fear. And with your move today, you sent a clear signal that you don’t trust the security of our own Capitol. And knowing this, the terrorists now know that they can force you to change your schedule simply by filling the internet with vague, unfillable threats.

Please Madame Speaker, I beseech you. Think about what you’re doing in the future. The only way to beat a terrorist threat is through strength. And when you show weakness, then you invite more terrorism. We cannot allow these invertebrate thugs to dictate how we run our government. If you need an example, might I suggest Russian dissident Alexi Novalny?