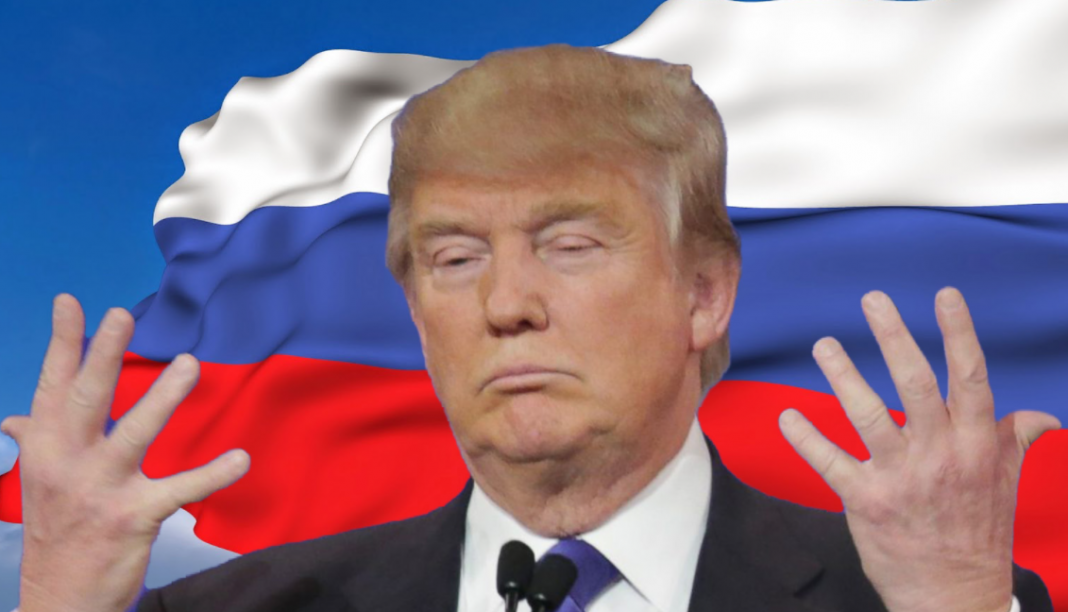 In order to understand Donald Trump you need to extrapolate from one of Eleanor Roosevelt’s most famous comments. She said, “Great minds discuss ideas, average minds discuss events, small minds discuss people.” Add to that, “tiny minds discuss themselves, because that’s all they can think about,” and you have Trump’s character in a nutshell.

This is not new information. Trump is nothing if not completely predictable. That’s why it was ironic when the Ukraine War started and people were saying, “Putin didn’t go to war with Ukraine when Trump was in office, because Trump kept him off balance. He didn’t know what Trump was liable to do do.” Bull pucky. Putin could read Trump like a book, just like the rest of us.

This week Trump attempted to steal headlines with an interview on Just the News. Predictably, he ignored the fact that the United States was allies with Ukraine and therefore, technically at least, at war with Vladimir Putin. Trump doesn’t see such distinctions because he doesn’t care. He’s not at war with Putin. As his son Eric gaffed years ago, “We get all the financing we need from Russia,” and so the United States Of Trump is just fine with Putin and Russia. That’s why he felt so comfortable asking Putin to dish the Biden dirt.

Unfortunately, Trump isn’t just a megalomaniacal former president, he is currently the titular head of the Republican party and anticipated to be on their 2024 ticket. Therefore his comment this week about Putin disclosing information on Hunter Biden was a moment of moral clarity. Or should have been. And Trump flunked it spectacularly and so did the GOP. Their standard bearer aligned himself with Russia and against America and her allies and are you hearing a peep from the GOP? Forbes:

On CNN’s New Day Wednesday, the network’s White House correspondent John Harwood said former President Donald Trump was “mentally unwell in a way that makes him interested exclusively in what benefits him.”

Harwood was discussing remarks the former president made in a new interview, in which he called on Russian President Vladimir Putin to release damaging information about President Biden and his family, repeating unproven claims that Mr. Biden’s son Hunter had business dealings in Russia. “I would think Putin would know the answer to that,” Trump said in the interview with JustTheNews. “I think he should release it. I think we should know the answer.”

Noting that Trump’s call for Putin to release information damaging to the sitting U.S. president at a time when the country is engaged in supporting Ukraine as it defends itself from a Russian invasion, Harwood said for Trump, “questions of true/false, right/wrong, America’s friends/America’s enemies are irrelevant to Donald Trump. Russia has helped him financially and politically over the years, and he has aligned himself with Vladimir Putin.”

"Donald Trump is mentally unwell in a way that makes him interested exclusively in what benefits him."

“This is significant not just because he was president,” Harwood continued. “But he’s the leader of one of America’s two political parties—he might be president again. And this is a moment of moral clarity. When Vladimir Putin is slaughtering thousands of people in Ukraine, for Republicans who do care about the difference between right/wrong, true/false, America’s friends/America’s enemies to reflect on whether this is the person they want to attach their party to.”

I bolded the paragraph, because this is as simple as it gets: Do the Republicans want to attach themselves to a mentally ill man, a megalomaniac, who has shown indifference, if not outright disregard and contempt for our most cherished institutions, who was twice impeached and who started an insurrection at the Capitol because he wasn’t man enough to cope with the fact that he lost the election and publicly acknowledge same — and moreover, who sides with a dictator whose predecessors predicted 65 years ago that they would take America without firing a shot? That is the question. There is no other question for the GOP. This is their moment of moral clarity — if they’re capable of one.

And the tragic thing is, it appears that they are not capable. At least not as a body. There are certain individuals within the party making some quiet noises in the right direction about Putin being a dictator and a butcher and the United States being in alliance with the sovereign people of Ukraine, but for the most part, it has been crickets this week, after Trump’s pro-Putin comments. Nobody in the GOP cares. And those who do are keeping it sotto voce.

And on top of it Ron DeSantis, who is polling second to Trump, shows every indication of becoming Donald Trump 2.0. Take a look.

Trump was presented initially as the outlier of the GOP. Then he was accepted as representing the GOP’s id — but it was thought that cooler heads would eventually govern and reason would prevail. Mitch McConnell seemed to indicate that after the insurrection, that enough was enough and the GOP was righting its ship. That has not happened.

Apparently, the Republican party was at a place where its values had degenerated to such a place that its lowest common denominator was found in Trump and there it stays — even though the man has proven himself over and over again to be characterologically unsound to the point of mental illness. And this week was no different.

So where does that leave us? Good question. It looks like the GOP has sold out to Russia. At least, that’s how the Russians see it. They’ve made no bones that they’re waiting for the Second Coming Of Trumpushka. They call him “Trumpushka.” They also call him their “partner.”

Host Evgeny Popov says it's time for the Russian people to call on Americans to change "the regime in the U.S." before its term expires "and to again help our partner Trump to become President."https://t.co/orPMoKoxwG pic.twitter.com/sPVDhVWm6Q

Khrushchev’s prediction may come true. They may take us over without firing a shot. They are destroying us from within just as they said they would. And Abraham Lincoln said the same, “America will never be destroyed from the outside. If we falter and lose our freedoms, it will be because we destroyed ourselves.” It may happen in our lifetime. This is where Putin’s useful idiot and a morally rotted GOP have led us.