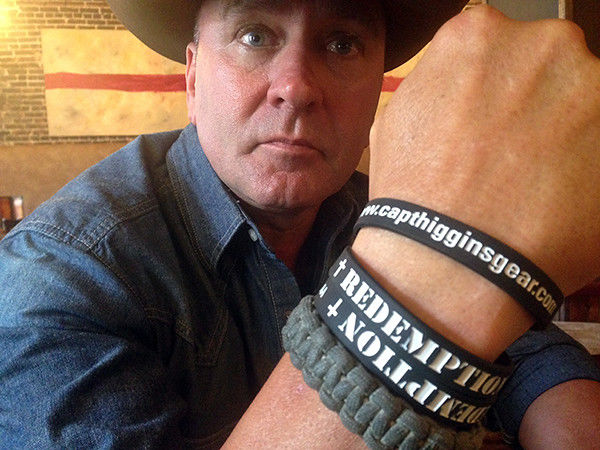 The gun control background check laws are bringing all the coo coos and Q/coups out of the clock, in vast numbers, and they’re all flocking to Congress. Joining with Marjorie Taylor Greene and Lauren Boebert, we now have Louisiana Rep. Clay Higgins, a former cop, whose district is so corrupt that it was featured in Showtime’s “Murder In The Bayou” documentary.

Here are his remarks on the floor of the House, see if you know WTH he’s talking about.

And David slew Goliath with a sling shot, and what does that have to do with the price of soybeans in Iowa?

Higgins is a character out of a movie, alright. He was accused by his own chief of police, when he was a cop of using “unnecessary force on a subject during the execution of a warrant and later gave false statements during an internal investigation.”

And then there was the time Higgins, also known as “the Cajun John Wayne” threatened a Supreme Court justice. 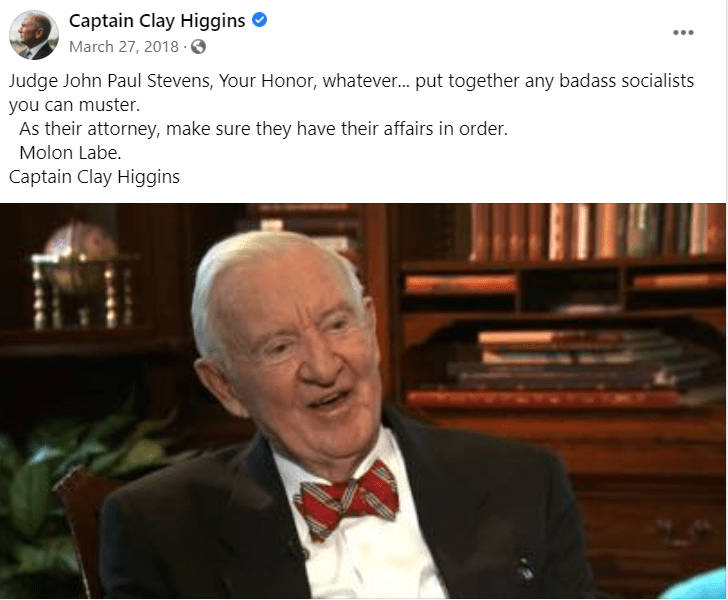 “Molon labe” means “come and get them” meaning weapons, we presume. It’s an expression of defiance.

Were congress men and women always this strange, or have things gone downhill vastly?