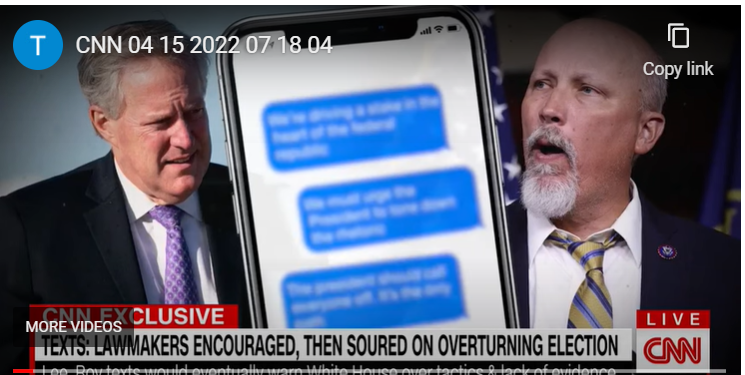 Chip Roy is queasy this weekend and it’s not from too many chocolate Easter eggs. He knows he’s been exposed for the charlatan that he is, and that he was only too happy to help Donald Trump overturn the election and retain illegal hold of the government, he just didn’t see a viable way to do it. It puts me in mind of the husband who wants to screw around when his wife is out of town and abandons the project at the last moment, not because he’s realized the error of his ways, but because he can’t figure out an air tight enough alibi. The guilty mind is there. Roy knows that and now he’s trying to backpedal like mad.

Here’s what Roy said to get the storm clouds brewing. 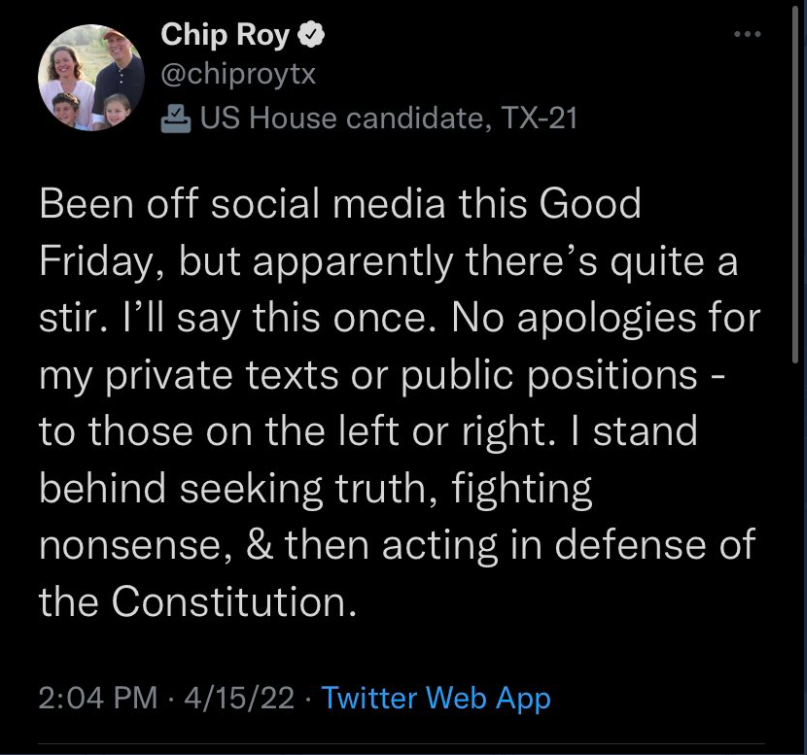 Here’s the smoking gun. A little hard to deny the truth of this.

This is an email he sent to a man who has been removed from voter rolls in his home state bc of suspected voter fraud.

This is only starting to get revved up. The more the J6 Committee uncovers the more apparent it is that the GOP was fully on board to ignore the results of a free and fair election and allow people to believe in a conspiracy theory of James Bondian proportions, to quote Carl Rove.

And then there’s this: Roy lied even about being off social media. Here’s his tweet about baseball.

It’s very Republican of Chip Roy to drape himself in Christianity while lying. pic.twitter.com/MWTzfmiJ4T

Tsk tsk – lying about trying to overthrow the government on Good Friday.

When I was born, the FDR/Truman/WWII generation was in power. I can’t see any of them stooping to this. What happened to us as a country when our elected officials can even be having these conversations? Or, am I just incredibly naive?