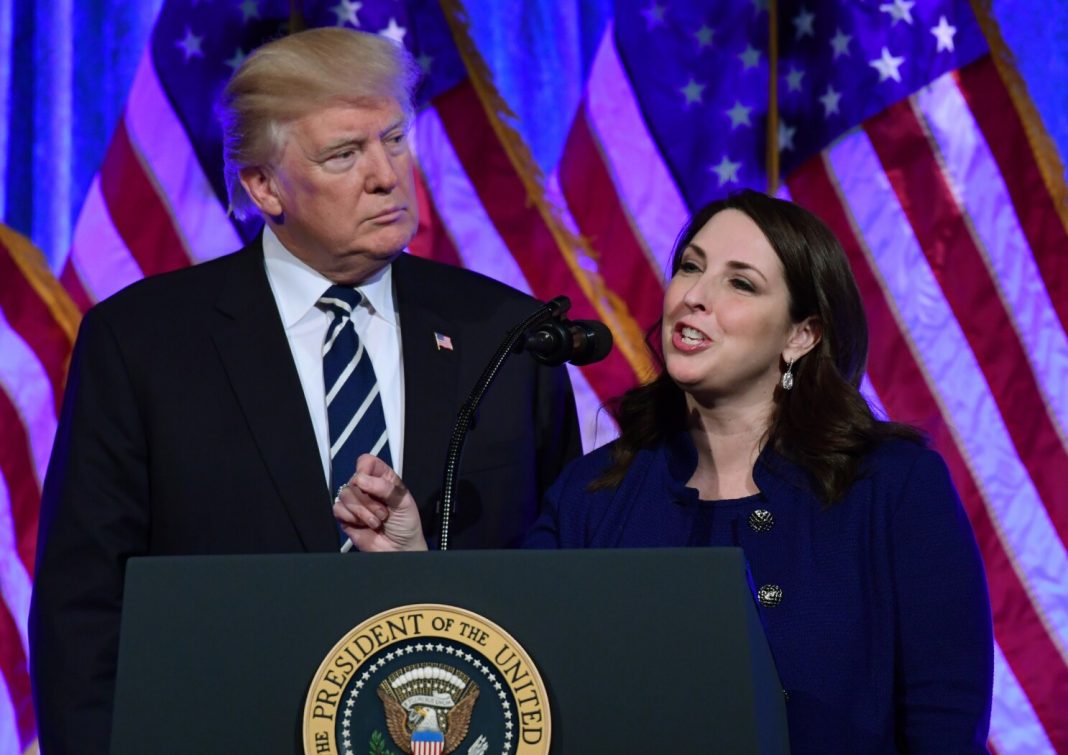 You know, for more than six long years now, ever since Trump sewed up the GOP nomination in 2016, there has been one pretty constant undercurrent of the Trump Era. I’ve always called it Trump vs the GOP.

And there’s a good reason why the undercurrent has been so strong for so long. Because there was always ample fuel to keep the fires burning. First there were the Never Trumpers. They fought him tooth and nail from inside the party. Then there were the mass defections of long time GOP operatives, strategists, and donors, all becoming either Democratic or Independent. And then along to the New York Times came Anonymous, along with his group Invisible, actual Trump appointees, working secretly in the administration to thwart Traitor Tot’s more insane plans and agendas.

And for dessert, and by far the largest thorn in Trump’s side, The Lincoln Project. These are all former high ranking GOP strategists, the kind of nut kneeing operatives that gave Democratic campaigns nightmares wherever they went. They turned their talents against Trump, and the takedown was brutal. And so, for 6 long years, it’s been Trump vs the GOP.

For anybody who actually listened to GOP Minority Leader Mitch McConnell’s remarks after the GOP Senate caucus lunch today, he couldn’t have been more blunt. He totally lambasted the RNC’s assertion of legitimate political discourse, once again accurately describing January 6th as a bloody insurrection against the government, in order to overturn a legitimate election. And then he went for the kill shot, basically telling Ronna Romney McDaniel and the RNC to sit back, collect the donations, spend the money, and shut up and stay out of politics!

Other GOP Senators almost gleefully piled on like a fumble at the 2 yard line. Senator Mitt Romney even called his niece, which must have been awkward, since she dropped her surname to please Trump to get the RNC Chair, and basically called her an idiot for even bringing the censure resolution to the floor for a vote in the first place. Alaska Senator Lisa Murkowski also flamed the wording of the resolution, and squared the record on what 1/6 was.

Actually, it was McConnell himself that clarified the issue at hand in his remarks. If you weren’t paying close attention, or didn’t catch his drift, you wouldn’t know. But I caught it, and it sang like an aria to me, especially since I have written on the subject at least three times previously in depth. McConnell’s objection to the RNC’s censure was simple, It is the RNC’s responsibility to support all of its caucus members, even those with dissenting views from the majority of the party.

No shit, Sherlock. McConnell must read me, or at least the past polling data. I have written on at least three separate occasions that the only reason that the Democrats don’t have a 40 seat majority in the House right now, is because in 2020, white suburban women and their spouses, as well as weak GOP voters, went home to the down ballot GOP candidates, while voting against Trump at the top of the ballot. That is a simple, numerically provable fact. And McConnell is more than savvy enough to know that if the GOP wants to avoid a total bloodbath in 2022, they are going to need those anti Trump voters to show up and vote en masse.

Which is why, as McDaniel and the RNC skritch His Lowness’ tummy, McConnell and senior GOP Senators are taking to the airwaves to tell people to Ignore that shit. January 6th was a bloody attempted coup, engineered by Trump, but it failed, and it must never happen again. But Biden is in the White House, and we really need you guys to show up in November and give us the car keys back. Don’t worry, we’ll bring our own whiskey.

As it turns out, this is what a political party civil war looks like. It isn’t Trump voters vs anti Trump voters, instead it is senior GOP Senate incumbents, desperately trying to save their political destinies by going up against their own party hierarchy. Will it work? I don’t know, but make mine extra theater butter. Don’t touch that dial.