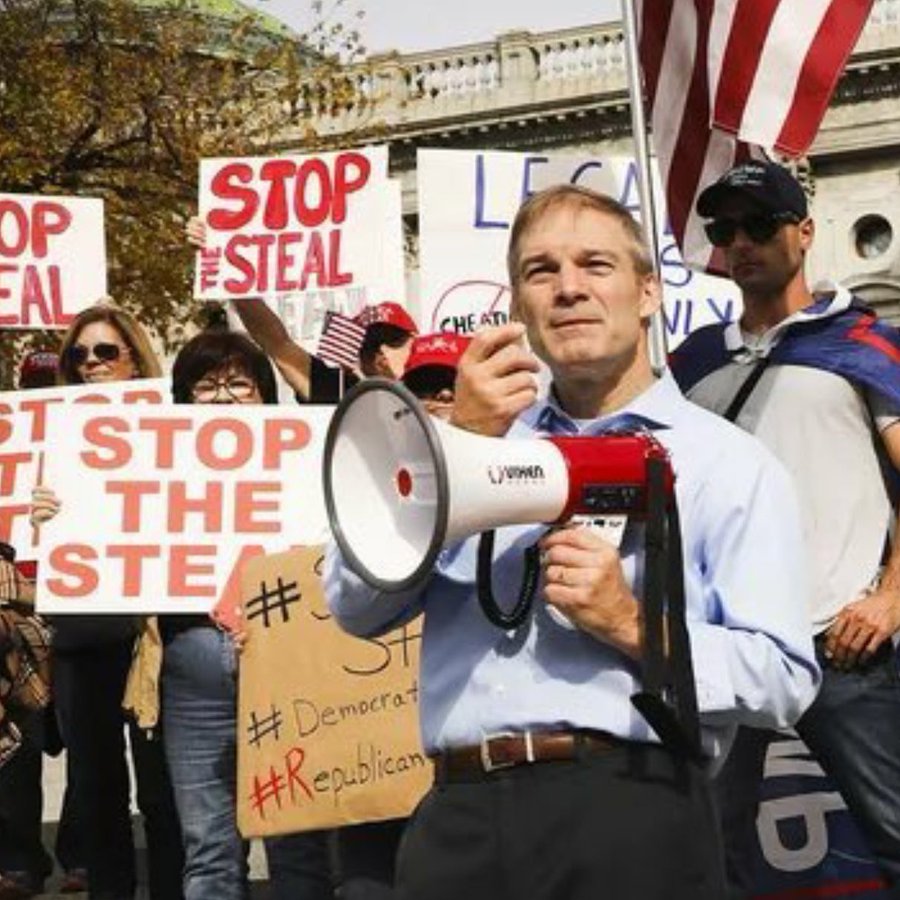 What doth it profit a man if he sells his soul to Donald Trump and then Trump knifes him? I guess we’ll be able to ask Kevin McCarthy in several months if worse comes to worse and the gavel passes to the GOP.

McCarthy, as well you recall, took the proper stance on January 6, calling Trump out for inciting the riot. Then he walked that one back, jimmy pronto, and made a pilgrimage to Mar-a-Lago to kiss the Tangerine Traitor’s ring and pledge his fealty.

He did it to get Trump’s endorsement. And now Trump is doing a Lucy with the football number.

Q – You’ve now endorsed McCarthy for Speaker of the House, why haven’t …

And then what happens next, class? Altogether now? IT GETS WORSE! Very good. You have seen this show before.

Trump praises Jim Jordan while trashing McCarthy’s decision to pull out of the J6 Committee: “Unfortunately, a bad decision was made. This Committee – it was a bad decision not to have representation on this Committee. That was a very, very foolish decision.” pic.twitter.com/DV81dkvs3a

Even the broken clock is right twice a day. We all were saying this back in the day. 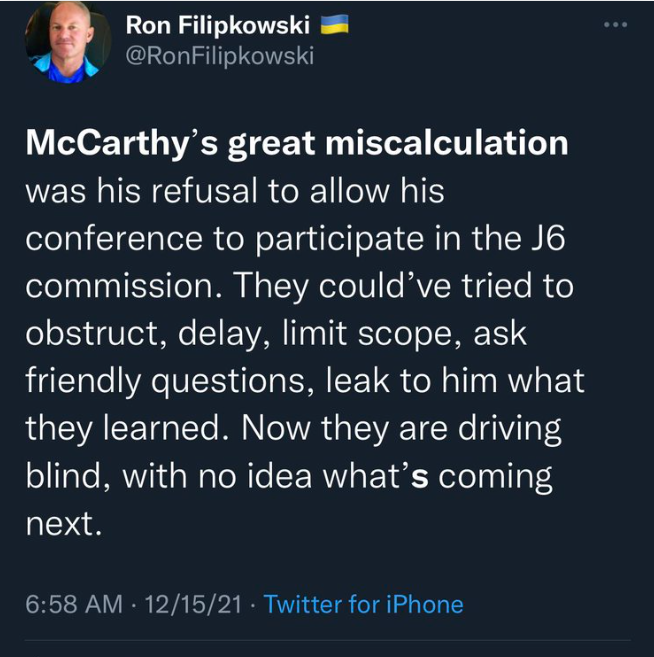 it was a no brainer. This may be the faux pas that does in McCarthy. First of all, he has a very divided caucus. Secondly, Trump mentioned Jim Jordan first, so it would appear that he’s the golden boy right now. Thirdly, Trump is obsessed with the “witch hunt.” That is abundantly clear. So if he can deflect some of his angst on McCarthy and blame him, that’s what Trump will do. That’s what Trump does in these tight situations, is look for a fall guy.

Trump is going to have to build a hotel under that bus, considering all the people he’s throwing under it. Better make it a few hundred stories, or better yet a few thousand stories, going all the way down to Hell itself. 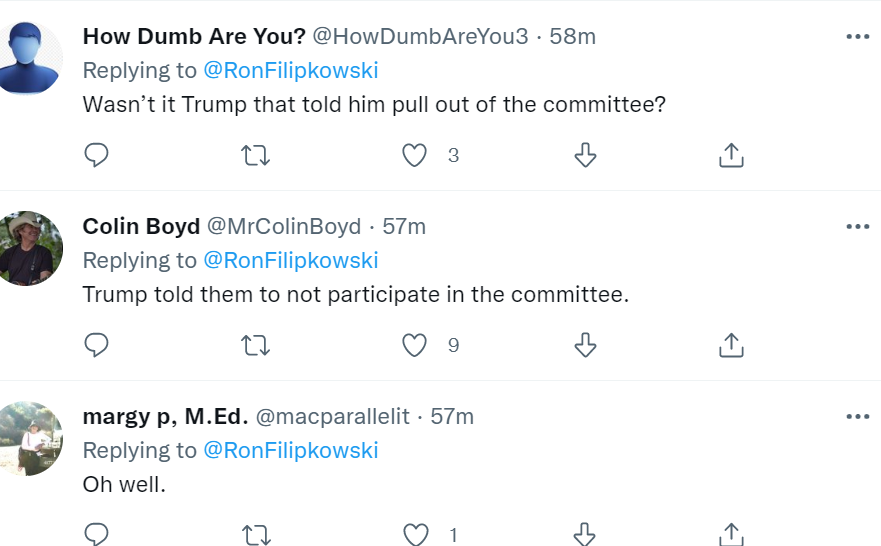 Vintage Trump. Tell McCarthy to walk away and then revile him for doing so. I love it.

As to Jim Jordan’s ascension in the party, George Clooney’s documentary about Jordan is coming out pretty soon. Let’s see what effect that has.

Trump is scared AF and things are going to get nuttier. Watch.