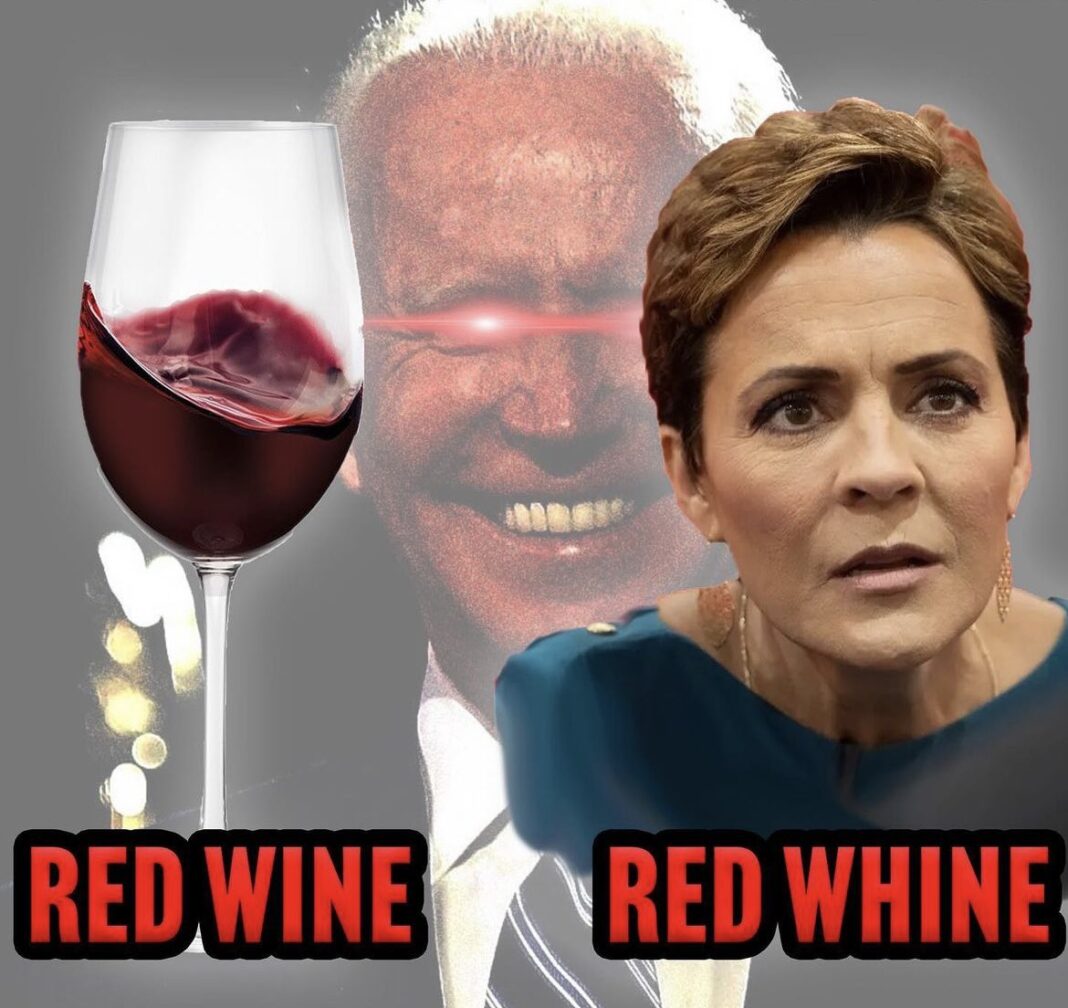 The powers of Dark Brandon are growing exponentially, radiating out from his secret ice cream stocked lair deep in the tidal marshes of Delaware, exuding out over the nation in ever more powerful tasty swirls and affecting even voting machines as far away as Maricopa County, Arizona…

Or so Kari Lake would have us believe:

“Failed Arizona candidate Kari Lake (R) shared a video on Tuesday suggesting that some voters may not have had their ballots counted if they were wearing a “Let’s Go Brandon” slogan.

In the video shared by Lake, a woman named Sherry claimed to have been a poll watcher in Phoenix during the recent election.

She recalled that a “young man” had his ballot rejected by a voting machine 24 times.

“Because I counted the different times he got into line going from one tabulating machine to another,” Sherry said. “Then that ballot was spoiled and he got a second ballot, got back in line and, again, I don’t know how many times — I lost count of the number of times — the times that he went back and forth in line. And finally, he had that ballot spoiled and got a provisional ballot and the same thing happened.”

A sweet, innocent young Kari Lake voter had his ballots repeatedly debauched by the evil Biden Demons residing in his voting machine as this matronly GOP election watcher watched in horror!

OK, somebody went into a polling station wearing political attire, which is illegal, and then a magic tabulator was able to tell what he was wearing and continually spit out his ballot. Sure.

Were his markings in crayon? Might explain the problem.

That some hella sophisticated software, must be Italian satellite technology.

Why you continue to humiliate yourself is truly curious. How did you get this way? Were you just born unlikable? Head injury? Parents hated you? Bitter over being rejected by girls you admire in Jr High? Exorcism didn't work? All of the above?

All of the above?

Was that story told at the truck stop

I tried to vote in Scottsdale–I had on a red MAGA hat and a Trump 2024 t-shirt. The election worker told me–there's no way I'm giving you a ballot, We are not allowing anyone to vote republican. BTW, this never happened but see how I can make stuff up.

We are all laughing at you!!!! pic.twitter.com/nf3ABzbFLD

Can someone tell me what is the point of this obvious horse hockey?

Is gaslighting by fairy tale gonna get Lake even an inch closer to the Governor’s mansion?

Or will it just prove that she is not a serious person and deserves to hold no public office?

Please tell me it’s the latter.