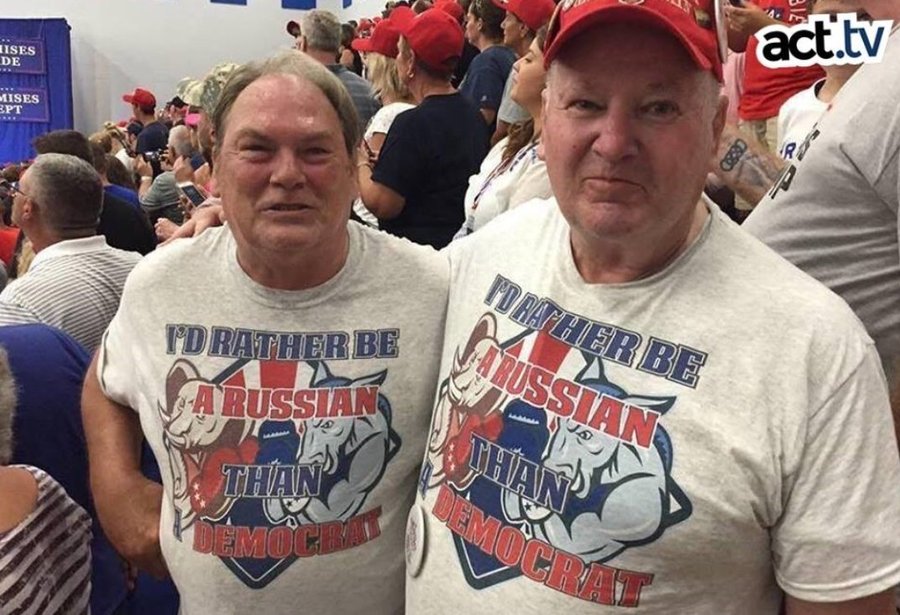 I know you remember the I’d Rather Be Russian Than Democrat tee shirts, which is why I put them on top of this piece. I was horrified when I saw them in 2016 and now I’m getting beyond horror. I’m getting to an awful kind of realization, instead. I feel like the character Nadine, in The Stand. Remember how she’s out in the desert with Randall Flagg and she realizes he’s really the devil, and in abject horror says, “NOOOO!!” to which the devil replies, “Oh, it’s wayyyy too late for that, Nadine.”

I am beginning to wonder if it’s not too late for America.

Listen to this dummy and multiply her by 74 million. Then tell me it’s not too late.

We asked a Trump supporter if she’d rather have Biden or Putin as president. pic.twitter.com/UUqdM2ZEBd

This Putin loving is sick. There’s no other word for it. Here are a couple of other videos you should look at, in a mash up. But first check out this graphic. Because this says it all. 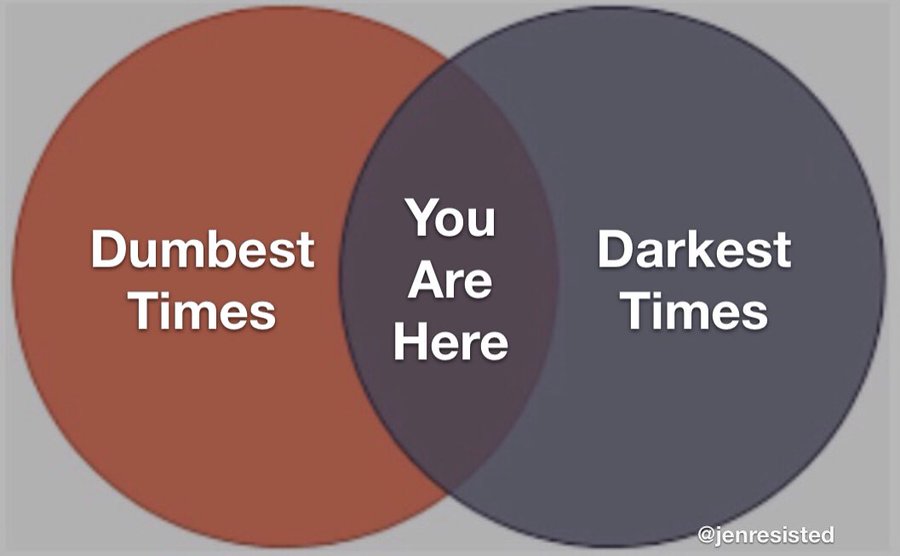 We have had dark times in this nation before. That’s nothing new. We have had “dumb” times, if you want to lump ignorance and bigotry into “dumb” which is arguably logical, since those categories of expression never lead to anything positive. But we are at a crossroads here of the two which is startling.

Now back to how great Putin is, according to a lot of Americans, including TFG.

“That's what that ‘genius’ looks like in reality. It looks like bodies on the side of the road, hands tied behind their back and bullets in their head,” says @chrislhayes. pic.twitter.com/lAl2VcPECP

Tucker Carlson and Fox News own more than a small percentage of the guilt for having produced this dumbed down, pro-Putin, pro-fascist trend in this country.

A certain portion of the right-wing now loves them some Putin. This puts them at odds with official United States foreign policy, which is pro-Ukraine, pro-NATO.

And all roads lead us back to the same question, is the Republican party going to purge its extremist elements from its ranks and become a viable political party again, or is the GOP the extremists — which is what Marjorie Taylor Greene insists is the case. She is “the base, not the fringe” quote unquote. Is that in fact the case?

Because if that is true, I can’t see America not falling into fascism. I honestly cannot. And I’m seriously wondering if it’s not too late.

One thing is dead certain: if we could get rid of the pernicious effect of Fox News, that would be a gigantic step towards healing. Read this story from The Independent and it’s been reported on by other outlets as well.

In a nutshell, Fox News viewers were paid $15 per hour to watch seven hours a week of CNN instead of Fox News. Bottom line, after getting some straight information mixed in with the Fox diet of propaganda, peoples’ attitudes began changing.

“Consistent with this, treated participants concluded that Fox concealed negative information about President Trump. Partisan media does not only present its side an electoral advantage — it may present a challenge for democratic accountability,” the study said.

Fox News is poison. I think that one step in the right direction would be that opinion shows like Hannity, Ingraham and the like have giant labels on them in red OPINION, and that a link to fact checks are available for every segment. At least it would give the viewer a few seconds of pause, rather than just soaking in every lie.

I wonder if it’s possible to legislate something like that? Because if we don’t, then I truly fear for democracy. In addition to my mantra of “74 million people voted for Trump” I am adopting another daily mantra, which is Nikita Khrushchev’s comment, ““We will take America without firing a shot. We do not have to invade the U.S. We will destroy you from within….” It appears like that is a work in progress.

And you know what the answer might be? This is delightful. Maybe it is this simple. Let’s just pay Fox News viewers to watch anything factual and see if the experience results in a permanently changed outlook. Let’s lead the horse to water and see if he won’t start drinking/thinking, since the pool of information is right there. Maybe the people who did this study found the Holy Grail.