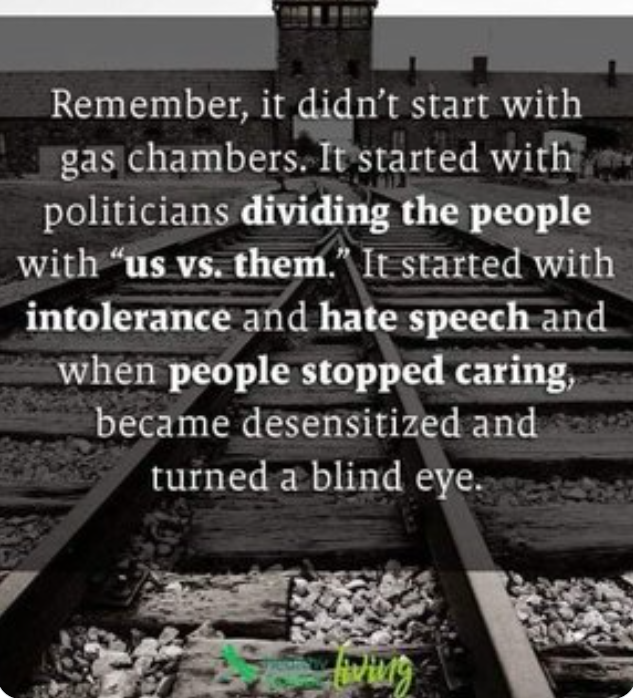 Our country has lost its political health, due to the fact that there is only one functioning political party right now. The GOP has crashed and burned as a party. It is no longer the party of Eisenhower or Reagan, or even Romney or Cheney. Both Cheneys. Maybe Richard Nixon started the inexorable downhill slide going, but in any event, Donald Trump finished it. Lindsey Graham, who is now Trump’s abject purse poodle if anybody is, had it right the first time. “If we nominate Trump he will destroy us and we will deserve it.” And look at him now. If he’s not the poster child of a man destroyed, I’m not sure I want to see who is.

Ronald Reagan’s solicitor general was a man called Charles Fried, born in Prague. He saw Czechoslovakia fall from a democratic state to a despotic one. He says that he “hears the same tunes” now and “it scares me.” it scares me that a man of his depth of experience is talking this way, let alone on the anniversary of Donald Trump’s attempted coup.

Watch Reagan’s solicitor general Charles Fried denounce the Republican Party and recalling the rise of the Nazi Party. He was born in Prague in 1935 and says he hears "the same tunes — and it scares me."pic.twitter.com/0XJK8ODd7l

And here’s an interesting newspaper clipping. Remember Susan Collins saying Trump had learned his lesson? And now all kinds of people are saying he won’t run again? He won’t run again if he ends up going to prison but short of that, I fear we’re in for 2016 and 2020 redux. 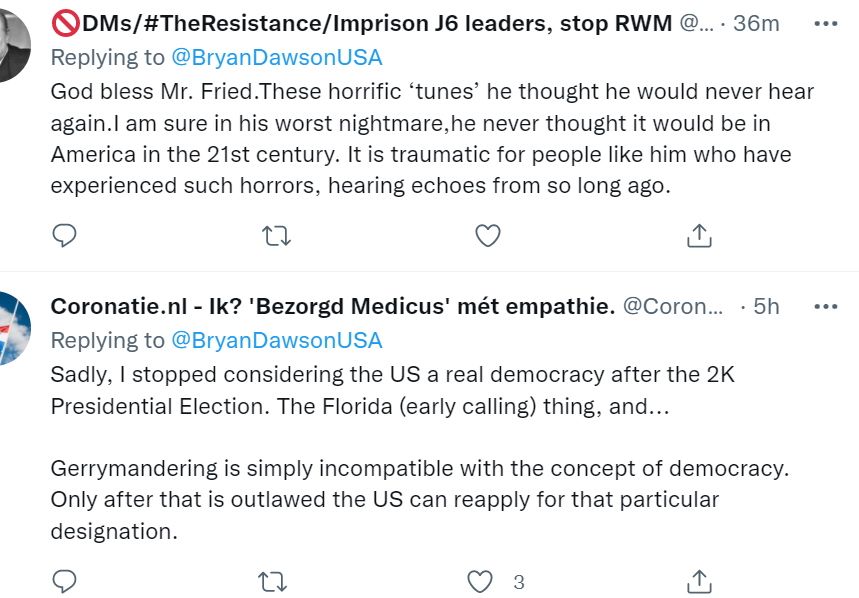 The 2000 election certainly was sobering. I have been saying since that time that if only Al Gore had been elected we would not be having this climate change crisis that we are. Gore was on top of climate change as the existential issue it is, Dubya let it go on. Eight years of Dubya was dilatory to the health of this planet and we just don’t have any more time to delay. We don’t have another planet to go to. But say what you will about Dubya, he was Thomas Jefferson compared to Donald Trump.

Charles Fried saw his country slide from democracy to dictatorship. He knows it when he sees it. We need to listen to him. My worry is that the MAGAs are so oblivious to all of this that it might already be too late. They probably think a dictatorship is cool, as long as Trump is the dictator and as long as they have their bread and circus.

The United States would not be the first mighty empire to fall, but it damn well might be the next one.