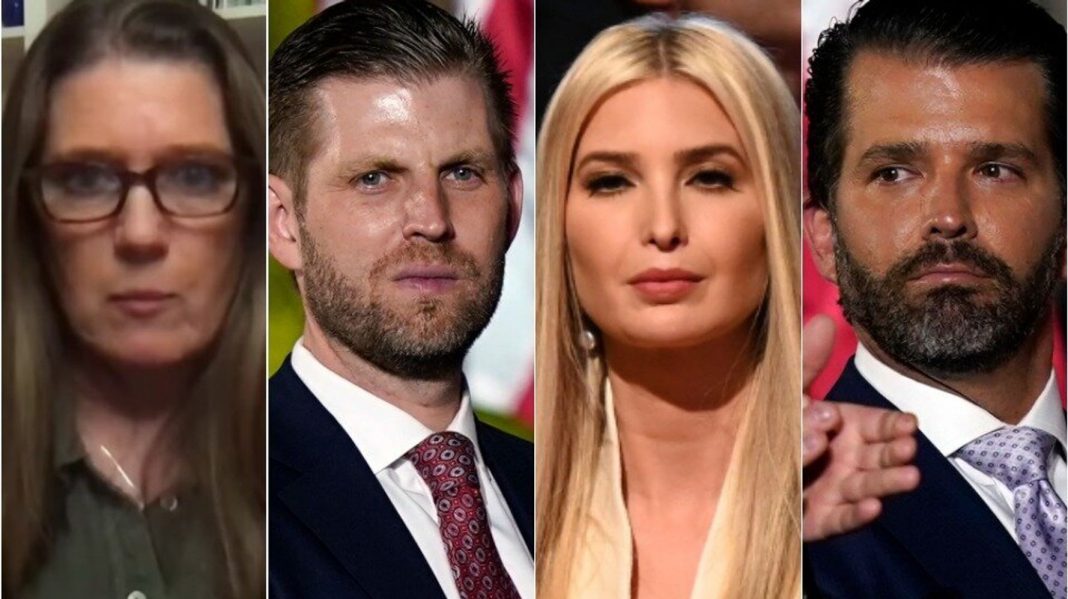 I am experiencing an emotion that I never thought was possible. I am actually starting to feel a trifle sorry for Ivanka Trump. Not much, but a trifle. The reason for that is that her cousin Mary has so clearly explained that Ivanka is between a rock and a hard place in such a manner that most of us never find ourselves, and it’s pure tragi/comedy.

Mary Trump makes Ivanka’s quandary plain: Either Ivanka has to turn on her father, and if she did that, she would receive heroine status and possibly get the social standing in high society that she and Jared so crave. She might even, and here’s a wild idea, find that her own political ambitions might actually grow some legs, if she claimed to represent some new hybrid, Trumpism along with accountability.

OR, Ivanka has to placate her father and take his side about the stolen election and the insurrection, because if she doesn’t, he’ll cut her off without a dime. And then she and Jared would have to live on his money and that’s only $800 million, WTH is that?

Now if Ivanka was any sort of a normal person, money wouldn’t be a consideration on these facts, but Ivanka is a Trump and everything is about money. Only appearances and ratings come second to the almighty dollar. That’s why this is going to get hilarious, and soon.

Look for some kind of deranged version of King Lear to take place, as Ivanka and her two idiot brothers play the roles of the three daughters. Ivanka may have been in the Cordelia role to begin with, Trump’s favorite, but she might go rogue on him to save herself.

We’ve already seen a few hints of this. When Jared and Ivanka left Washington they spoke of putting together a new GOP think tank and Jared made it clear that he avoided Trump after the riot, fearful that they “would get into a fight.”

Ivanka tweeted on January 6 that “violence is unacceptable and must be condemned.” And this is while Daddy was busy watching the violence on TV and wouldn’t do anything to stop it.

Mark my words. When the kids start testifying, that’s when this is going to get loony. That’s why they’re doing everything they can to avoid it.