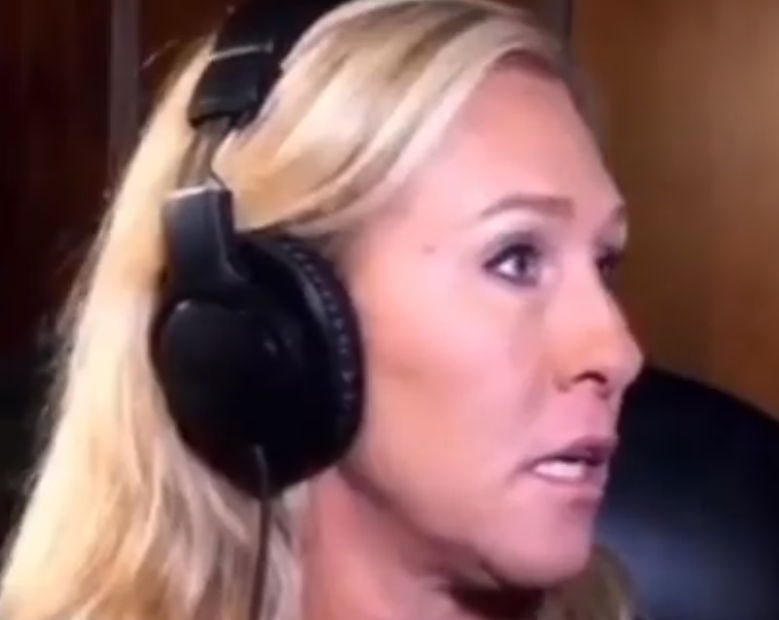 Marge Greene has as little acting ability as she has leadership ability, not surprisingly. If the woman wasn’t born to wealth, she would be doing what her intelligence and education would permit her to do, which is sweep out the trailer, throw out the dishwater, and hope that the truck didn’t break down on the way to the laundromat.

I’m not sure what Matt Gaetz was “thinking” when he brought up this subject. Not a great idea.

And a can of worms has been opened forthwith. Yassuh. This is going to be entertaining.

Matt Gaetz brought up the subject today of people suspecting Marge Greene of being the J6 pipe bomber, and her facial reaction is interesting. He then says she has an alibi. pic.twitter.com/ecko5c16GZ

Do you think they are having sex together?.

I can’t wait to see this doctor’s analysis. As to Marge and Matt making the beast with two backs, she’s over twice the age of his preferred paramours, so I’m not sure. It is an image that you don’t want to think about, especially at night, it will give you nightmares.

the arm swing is identical?

And there is such a thing as gait analysis. And the height and build look about right.