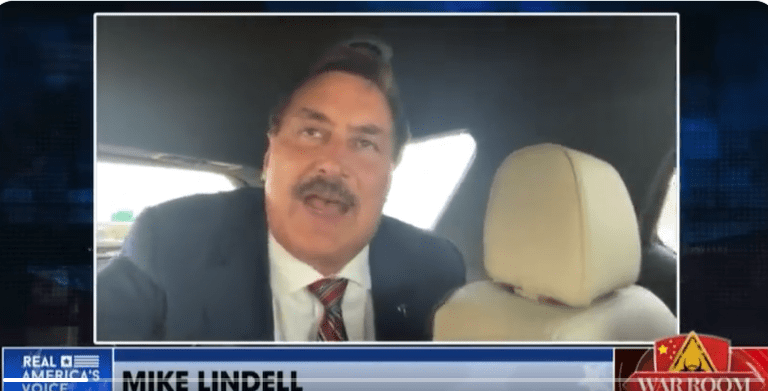 As somebody who has followed Mike Lindell from the very beginning of his descent down the dark dark ladder of the Big Lie, stolen election conspiracy theory, I’m going to mark this day as a turning point. It’s no question the man lives in fantasy. That’s why we all laugh. We get a glimpse into an off color dream world of pillow shams paying for legal shams and symposiums manned by con artists who did everything from go bankrupt in Vegas to pulling the wool over Dubya’s eyes. It’s been a very entertaining ride.

But today, Lindell has turned a corner. He was sanctioned by a judge and he’s going to have to pay Smartmatic some money back. A figure was not mentioned in the article. When I see it, I’ll share it.

So what does he do? He taunts yet another voting machine company to sue him. Watch.

After getting his counter-suit against Dominion tossed out by a judge who called it frivolous, Lindell is now in AL going after ES&S voting machines. “Please sue me, ES&S! Go to https://t.co/tZ7m5fMj3p and we have a template there, it’s very easy – jump on the bandwagon!” pic.twitter.com/2FcX9rwyOz

Hit the link and you’ll get nada. It doesn’t exist. No template.

So, what does this mean? Let’s speculate. 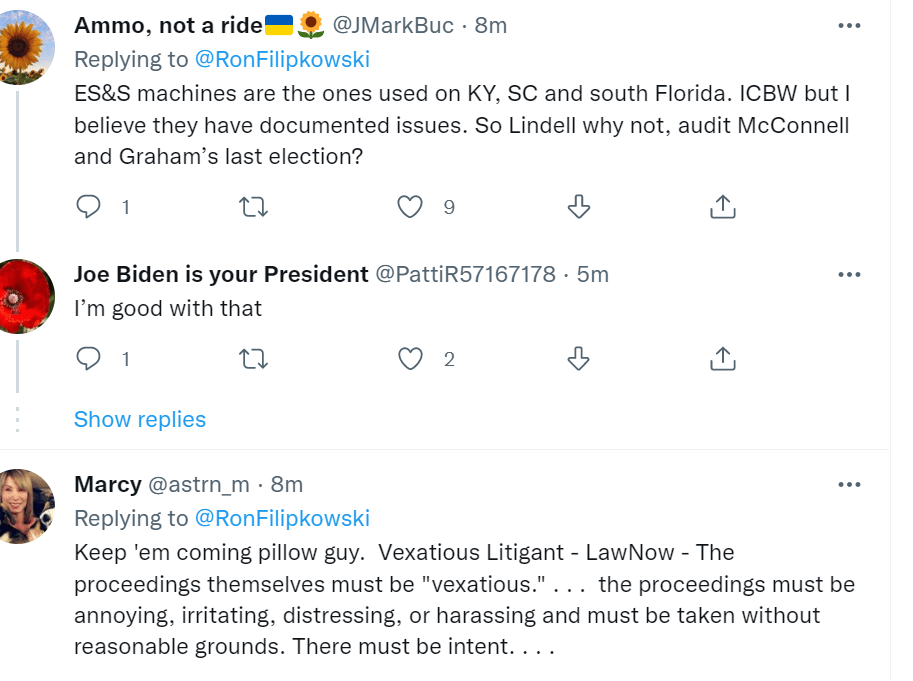 Now this one is good. This has me grinning from ear to ear.

Oh Muse of Comedy, Thalia, I beseech thee: Please, please let one of your disciples be the one who purchased that domain name. We need the comic relief.