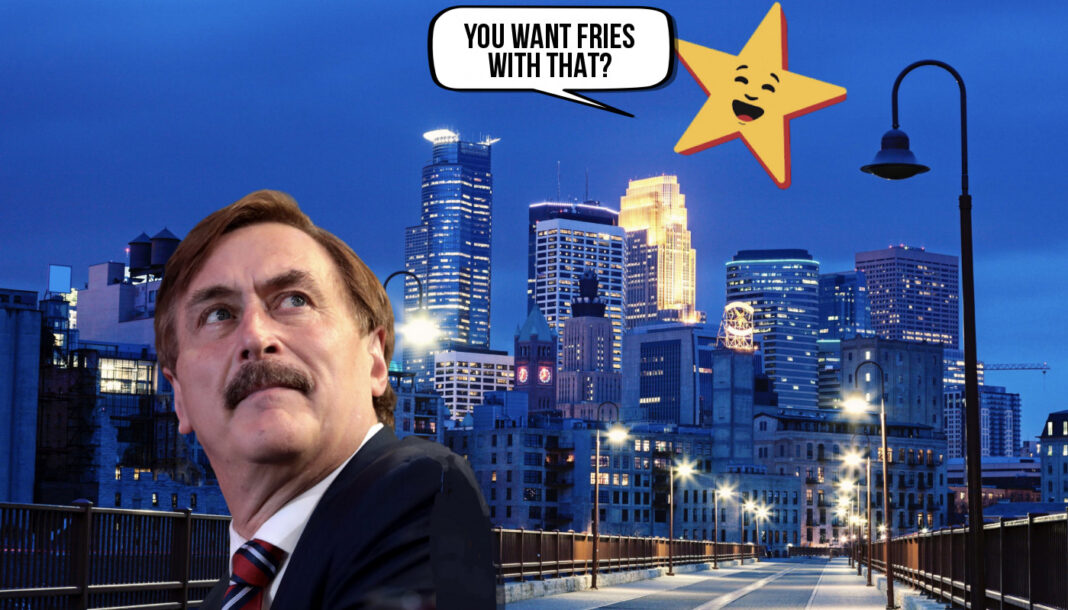 You heard from Mike Lindell, the day after being mobbed in Mankato, surrounded by spooks, flummoxed by feds, who asked him to give up his cell phone, from which he ran three or four businesses. He said he had no computer. Mike, even I own two computers. One is old enough to vote, the other has a broken hinge, but at least they work.

Lindell also said on Steve Bannon’s podcast, that he would have the representation of the “best lawyers” and named Kurt Olson, (right!), somebody named Andrew Parker, and Alan Dershowitz.

Mike Lindell claims he's suing the FBI and United States government over his phone being seized with the help of Alan Dershowitz. But when reached for comment over the phone, Dershowitz declined to speak about Lindell entirely.

It doesn’t sound like Dersh is all eager to get involved with this one. We understand completely.

Dershowitz is trying to claw his way back into the land of the respectable. This is the last freaking thing he needs, to go out there into fantasy land with Lindell, “where no man has gone before” and we quote.

And then there’s this. This is quite possibly one of the most ridiculous tapes that Lindell has ever made and that is saying a mouthful. Let me be clear: I’m not laughing at the stressed out employees. My heart goes out to anybody who works for this clown. It’s his concept of the law and “standing” in particular that puts me on the floor and keeps me down there, gasping for breath.

Lindell says his employees and their families are stressed out about the company going under and losing their jobs because of his activities, which has cost his company millions. He blames the media. pic.twitter.com/wqkdjU58FP

If My Pillow is employee owned, they should fire Lindell. That’s what they need to do. That’s the only way to save themselves.

Well, you heard it from , Comrade Lindell’s own mouth, the employees own the place.

And quite a group they are. There are Dems and liberals there, you heard that, too.

They should revolt. Workers of the world unite, seems to me I heard that one someplace. They should have a meeting at Hardee’s and put together a means of taking over the factory and barring Lindell from the premises. Maybe Alan Dershowitz could advise them. Frankly, I think the odds of Dersh advising the workers how to stage a coup de l’usine is greater than Dersh advising Lindell on how to sue the United States government and the F.B.I.

Guess what Mike? You ain’t goin’ where “no man has gone before” you are going to where you’ve been before, which is a cell. The only question is whether it’s padded or not.

And we would like to see you get another phone. Hardee’s is running a swell special on pillowy biscuits, capping off of your legacy, and we want you to be able to join in the fun. Because we’re Dems and liberals and all. Even if we don’t work for you and would rather cut our throats than do so. But we’ll share a biscuit, what the hell.