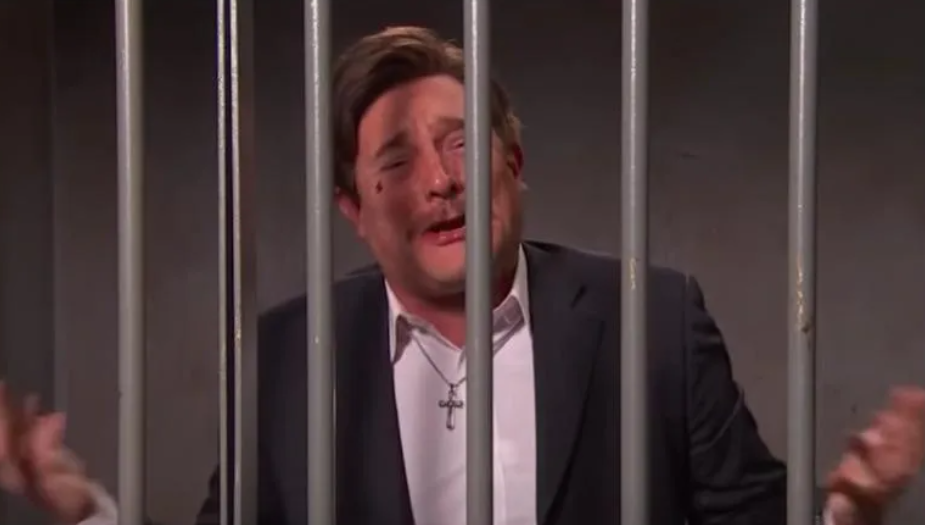 As you read here the other day, Mike Lindell declares that he has “enough evidence” to put a lot of people away “for life.” 300 million people, to be precise, which is the lion’s share of the American population, we were at about 330 million at the last census.

But Lindell is never one to let the facts derail any of his fantasies, that much we know all too well about him. So Jimmy Kimmel had comedian James Adomian come on the show and reprise his Lindell character. Talk about twins separated at birth.

It’s news to me that Lindell intends to borrow money after he runs out of his own. I would say that he’s not the best credit risk because short of taking his money out of the bank in trash bags and burning it in the town square, I don’t know of any more frivolous way to dispose of it than what he has already done so far on his mad campaign to “decertify” the 2020 election and “reinstate” Donald Trump.

We will keep watching. Lindell is like the white whale in Moby Dick, eventually there is a sighting and when you get close enough to him and hear his latest batshit comments, it’s always entertaining.

I never thought America would be transfixed by some Midwest businessman running himself into the ground over a delusion involving a political figure, but that’s what this is and here we are.