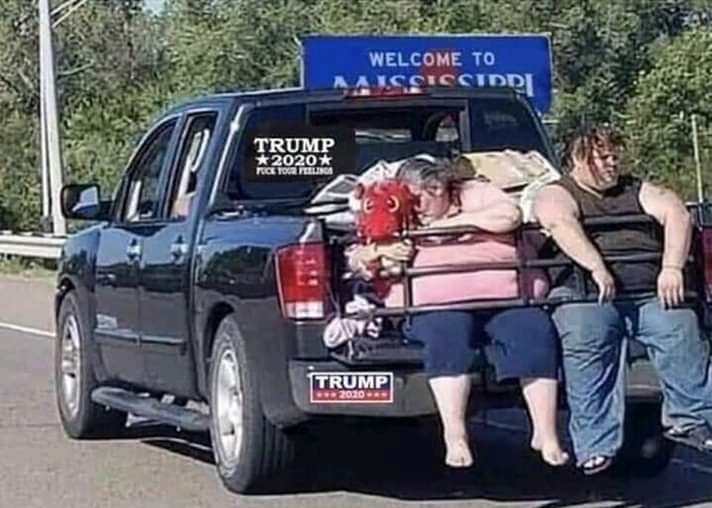 These lunatics are everywhere, unfortunately, in every state in the Union. What is amusing is that people are fighting back, and in a civil way. That’s a good sign. That speaks to the sanity of the American people, a quality I have long worried about.

The video you’re about to see shows a disgruntled worker who refuses to follow the rules and wear a mask at a work site. That then triggers a request from a supervisor that he leave, which causes the MAGA to issue threats. Then it escalates. The MAGAS love to push people around but when people push back and tell them off, oh, their little hot house fee fees are so fragile. You would think they were an exotic breed of orchid.

The other interesting thing here is that if you read the body language, even the workers who don’t speak are pissed. They visible tighten their muscles as the encounter proceeds.

Trump supporter storms off $50/hr job with benefits over the mask requirement and rants the country is under “military occupation” and “Trump is the acting President.” pic.twitter.com/H6xAtizqOr

Now the MAGA says that he stormed off a $50 an hour plus benefits job and I frankly question that. That’s some pretty decent bread and I have to believe that anybody with the skills to earn that kind of money would have more sense than to throw a public fit like this and turn that kind of a gig away. Let me put it this way, when there is evidence that that was the money on the table, other than just this guy’s word, then I’ll believe it.

As to not worshipping the almighty dollar, umm…we hate to be the ones to tell you, but the big orange guy you’re following does nothing but worship the almighty dollar. Render unto Donald that which is Donald’s is his motto and he thinks everything is his, excuse me, His.

I don’t know what the pay off is for these people, in making these public scenes. Unless this guy runs for Congress, which is always a distinct possibility. That may be what this is about, exhibiting the requisite trolling skills to become a viable GOP candidate.