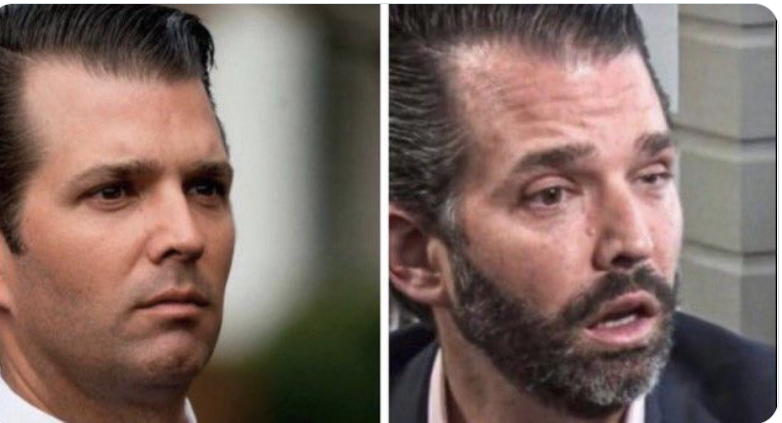 Donald Trump Jr. gets loaded a lot, that we know. He also goes on social media a lot, as we also know. And he apparently has nobody around him to caution him against either one of those excesses, or get him some help. Junior is being enabled straight into the grave.

Don Jr. is on another bender. The pressure must be getting to him. His deranged, slurred, unnatural, speech is clearly drug fueled. pic.twitter.com/4QBth83fDj

If your stomach will handle the entire thing, 4:35, here’s the link to Facebook. 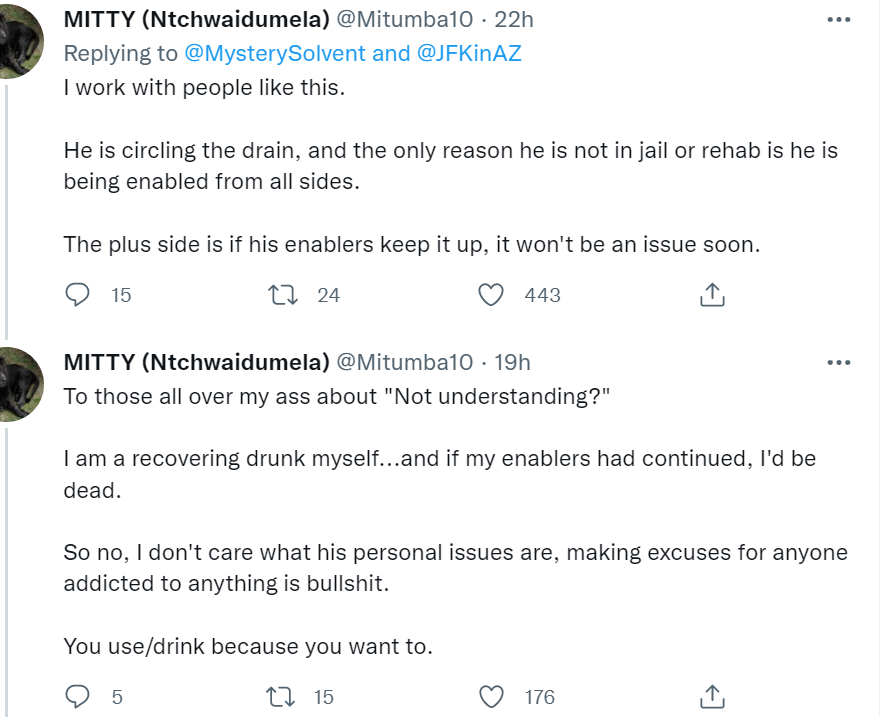 And the reverse side of that coin is that you stop because you want to, because you want to do something better with your life than live in chemically created reality. Don Jr. is going to face some heavy realities in the very near future with his legal problems, and I guess it’s safe to conjecture that this is how he’s going to handle them, by hiding behind the lawyers and getting loaded on social media. 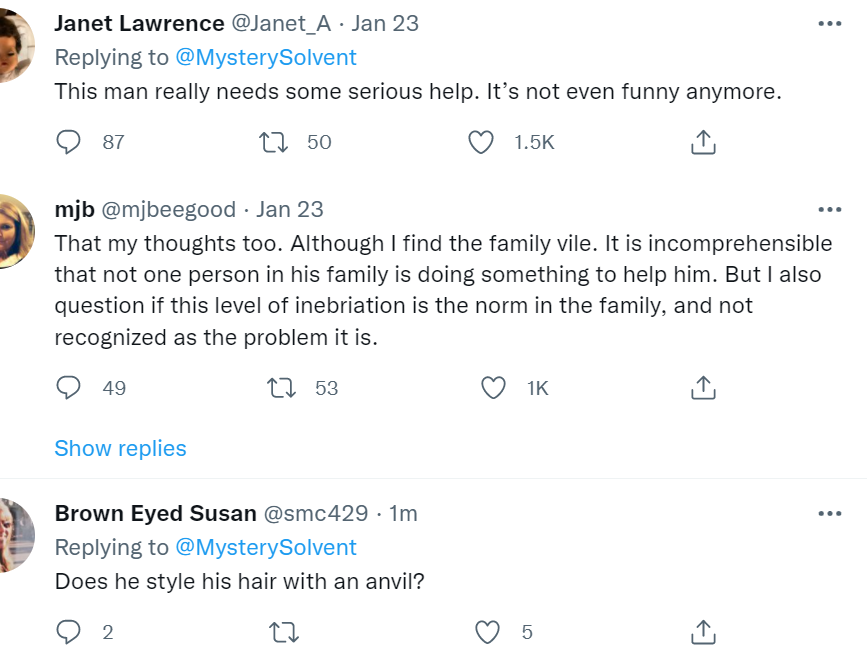 Frankly, this reminds me more of Paul Gosar, but it works here as well.

And here’s a clip you may have missed. Daddy sounds like a complete drunk.

Interesting how culture wars change. I was part of the “counter culture” of the 60’s, when we were talking about peace and love and ending the war in Vietnam. Now the counter culture is led by a trust fund baby with myriad legal problems who just wants to be rid of them and is happy to achieve that by fascist coup, if necessary.

Unbelievable. But this is what it is.

This Don Jr. clip may have been filmed in Alaska. He was up there recently “hunting” deer, meaning he has somebody else do all the actual work and he just pulls the trigger and kills the poor beast.

What a life. Get loaded, kill an animal, get loaded, shitpost on social media, get loaded, have sex with Kimberly unless she’s already passed out, (or maybe that’s the turn on, a little necromancy, eh what?) get loaded, rinse and repeat.