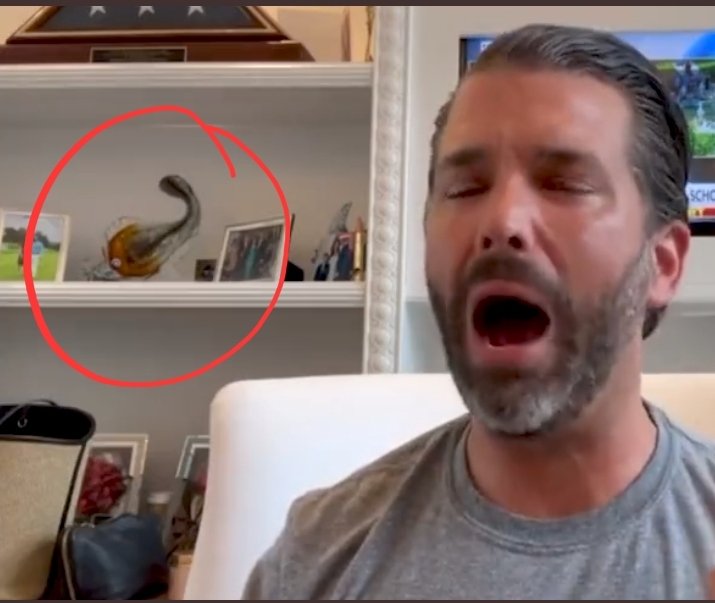 If you follow the public service announcements from Donald Trump, Jr. these days, you are well aware of the fact that they are not the most coherent and structured broadcasts, to say the least. This latest one has unraveled even farther and is barely coherent, but if you listen carefully there is some self-revelation contained herein, presumably unintended.

Here’s 1:47 of Trumpian logic. Just what you need after the Casper debacle, right?

Junior went on a wild rant about Uvalde tonight, saying the AR-15 isn’t the issue because he could’ve done the “exact same thing” with a bat, bomb or machete. He says gun owners are unfairly “stigmatatized,” and the real problem is that “crazy teachers” are indoctrinating kids. pic.twitter.com/2Rmme3510A

Here is a gentleman who is a Marine veteran and he’s making sense.  ***WARNING*** F-bombs away. Be careful of listening to this where it can be overheard.

This guy here.A Fellow vet said it perfectly. I couldn’t have stated it better. #guncontrol pic.twitter.com/dg3o8RoOgo

They said….."EVIL would come wrapped in a flag and carrying a Bible "
Wow. Texas Paul just said what needed to be said. (warning: language) pic.twitter.com/X6xXYMor4D

No one has ever said the shooter was "a great kid"? What happened in Uvadale couldn't have happened with a BAT. The rant about missing fathers was quite the tell. His dad and he himself left his family. Dumarse, coke head.

A lot of sad truths here.

I think Uvalde may be the turning point for a lot of reasons, as I’ve said. I think the tide of public opinion is shifting. Logic has not prevailed and logic won’t prevail now. But if enough people are sick and tired of being sick and tired, the crazies may finally be outnumbered. Again, I quote Lincoln:

I could be wrong, but I think public sentiment is changing.