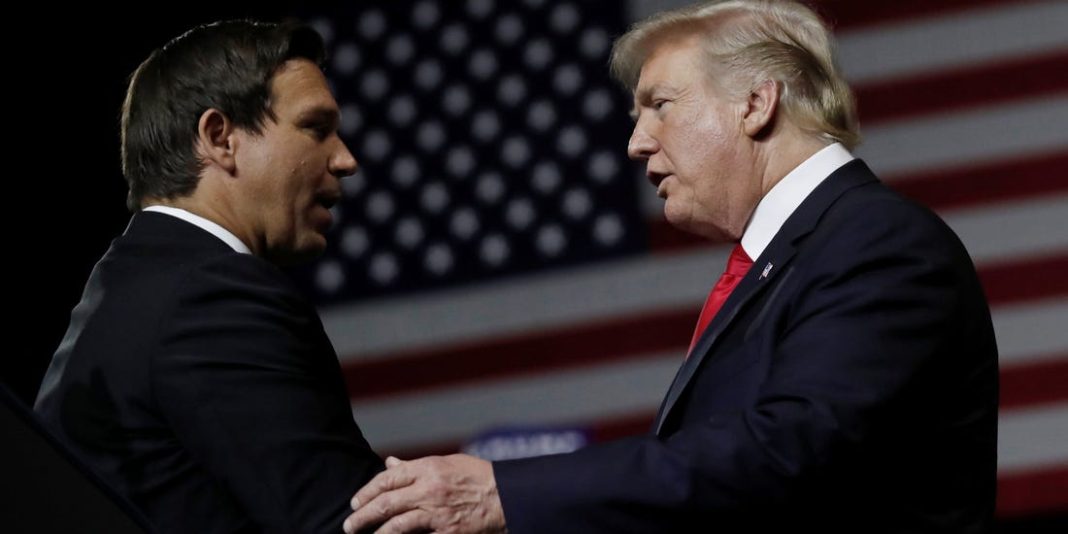 Did somebody spray Windex on my crystal ball? it gets all cloudy when I call up 2024. Why look at that…. it seems that Roger Stone is out to destroy Ron DeSantis’ credibility. What’s that you say? Wasn’t DeSantis supposed to join Cantaloupe Caligula on the GOP ticket, as his second in command, since Vanilla Spock, aka Mike Pence has been excommunicated by MAGA Nation for not helping them overthrow democracy?

Beats the hell out of us. Take a look.

And then that raises an important custody issue. Which one gets custody of Mattie? Or Maddie? Or Margie? I know you’re panicking, but let’s be calm and look at our options.

Send it back to the Twilight Zone. pic.twitter.com/Dz70M4XLyK

You’ll have nightmares for days, I know. Then there’s this.

I’m starting to wonder if all of this visible drama isn’t just to distract us from what’s really going on. Maybe we should stop paying attention to this drama queen BS and focus. pic.twitter.com/aBSAH7gqoZ

This is seriously the case. Trump has always been a useful idiot and not just for Vladimir Putin. He couldn’t play a straight game ever, and so he flipped the board over and set fire to the table. And while the rest of us have been running around the room screaming, the people named above are indeed doing nefarious things while our attention is focused elsewhere. Excellent point.

As to Ron DeSantis and Emerald Robinson, I haven’t a clue. I know what you know about Robinson, that she was too nutty for Newsmax and so they’re not renewing her contract, which expires this month. That means she’s either got to find a job in politics or go back to her movie career. I suppose she could go to work for Ron, why not? Maybe he’s promised to make her White House Press Secretary if he wins?

Robinson is something. She appeared in an epic called “The Adventures Of Super7even,” where if you look, she’s the 14th cast member down the list.

Super7even is an international man of mystery and the top agent for T.H.E.M! (A secret organization, sworn to battle the world wide forces of evil!). Superseven’s code name is DANGER! His passport…to HELL! Follow the masked, crimson avenger and his lethal, beautiful and reluctant partner, “Sandra West” (A former agent of T.H.E.M), as they battle villains, femme fatales, monsters, robots, invading aliens, henchmen, assassins and criminal masterminds bent on world domination…And destruction!

She also appeared in “Hit Team.” I went over to IMDb to get a clip of that and the trailers won’t play. Maybe the servers are crashing due to the hot demand to see film on Emerald Robinson.

Nevertheless, I persisted and found another jewel, “The Diaries of Sandra West” which is the female version of Super7even. Hit the link. Only seeing is believing.

This is the *career* Emerald Robinson may go back to. https://t.co/5QDQ9lox7d

Shades of Louise Linton. Emerald Robinson played three episodes as Agent Logan in the 2020-21 season, which means I guess that she was a *TV star* while moonlighting as White House correspondent?

Stay tuned. It’s going to get even crazier.