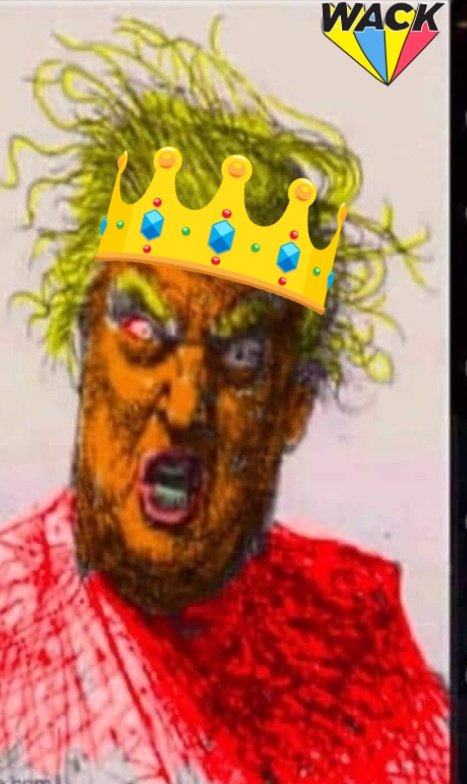 I’m sorry. Truly I am. This is too goddamn stupid to even have to tell you about, but welcome to the dystopian world of Trumptopia.

His Lowness must have had a nocturnal emission when his favorite French Poodle in a black muu-muu, Judge Aileen Cannon gave him everything he wanted in his motion for a Special Master, going above and beyond the call to bar the DOJ from perusing or using the documents while the Special Master was completing his review. But the sugar rush didn’t last long.

Because the DOJ turned around and filed an appeal with the 11th Circuit Court of Appeals, in which they asked for access to the 100+ classified documents that Traitor Tot stole. And those judicial ingrates, two of whom The Trumpster Fire nominated and elevated to the bench, slapped Judge Lap Poodle around like a tetherball, and told the DOJ to have at it.

Which led the highly offended Traffic Court Judge to amend her ruling, and then extend the time for the Special Master to do his job, far beyond what he himself was estimating that the job would take. Which led the DOJ to appeal back to the 11th Circuit, and ask them for access to all of the documents, if not vacating Judge Cannon’s Special Master ruling completely. And considering that the 11th Circuit, in its original ruling said that the divorce court judge overstepped her authority in almost every portion of her ruling, and you can see how it might go.

Which has now apparently led Diaper Donald to jump the shark. MSNBC is reporting that the Trump legal team, such as it is, has petitioned the Supreme Court they are asking the court to veto the ruling of the 11th Circuit Court, and put the 100+ classified documents back under the Special Master’s control. Stupid Alert! They didn’t bother to ask the SCOTUS to bar the DOJ and FBI from accessing the documents, just that they restore them under the Special Master’s aegis. Which is senseless until you see that they asked SCOTUS to give the Trump legal team access to the classified documents.

I’m sorry, give me a second here. My head is spinning from the overload of stupidity…….OK, thanks. But what makes this filing before the court world class in it’s stupidity is the convoluted, completely nonsensical logic in their reasoning. Tum-tum Alert! If you have a weak stomach, you might want to pop a couple of Dramamine before you read the next paragraph.

Trump’s K-Mart legal beagles argued to the court that Trump was still the Commander in Chief and President when he boxed up those documents. This is true. They further stated that as such, Trump- had the ultimate right to declassify any documents he chose. This is under contention because there are strict procedures for the presidential process of declassifying documents.

Then the Trump legal ambulance chasers jumped head first through the looking glass. They claimed that, as El Supremo of the United States, Trump magically had the power to turn government documents into personal documents simply by waving his magic wand. Their logix, on page 30, made it clear that Trump’s post presidency possession of those documents mad them somehow or other Trump’s personal documents.

This is legal insanity. Every employee who works in, say the tech industry signs a proprietary agreement that any creational output the employee has on company time belongs to the company. If I take home proprietary documents from my company, and shove them in my dresser drawer, it doesn’t make them my documents!

I swear to God, if you sign on to work for Traitor Tot, you must have to sign a waiver for the suicide of your legal career. This is too fucking stupid to be true! For the simple fact that there is nothing in the constitution that says that government property becomes somehow magically becomes the former President’s personal property, simply because he claims proprietorship over them. And worse yet, the Trump legal team knows it. Nowhere in their filing did they ever dispute that the documents were classified, nor that they belonged to the government. They simply claimed that they belonged to Trump because he wanted them.

Look, Trump went 0-64 in state and federal cases disputing the results of the 2020 election, including 8 federal judges that Trump had appointed. And Trump has gone 0-2 in cases he brought to the Supreme Court, packed with 3 of his judges. And he’s going to go down again. Because other than the traitorous sycophant Clarence Thomas, nobody else on this court wants to touch this mega turd with a 10′ cattle prod. Don’t touch that dial.