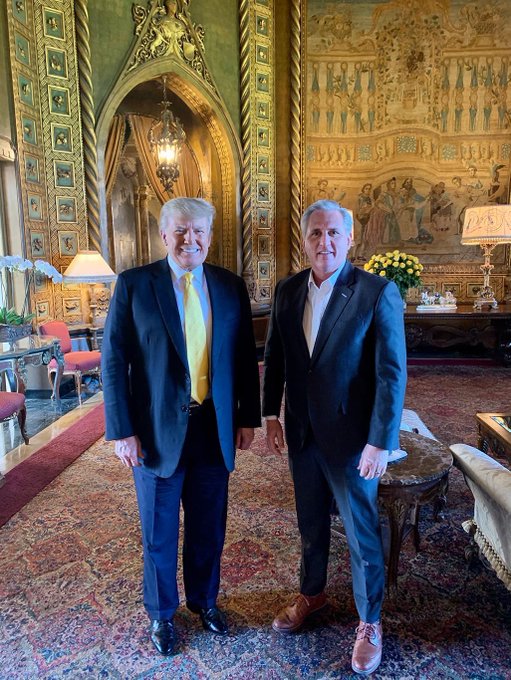 Our pal and colleague Murfster is correct: American democracy is strong. But it has a strong opposition, and that opposition is rebuilding under the “leadership” of the Orange Jackass, now lolling in the lap of knockoff opulence in his Florida compound.

Once, while I was still figuring out why girls were so simultaneously attractive and scary, America had two viable political parties, more or less. The Democrats were rebuilding behind a new vision of civil rights and social egalitarianism. The Republicans, fresh from years of trying to impose autocracy on the nation via the “Red Scare,” were welcoming “Dixiecrats” and former Democrats whose ideology was segregation and racism into the party, giving their race hatred a new venue in which to grow and flourish. “Liberal” Republicans like Nelson Rockefeller and Jacob Javits were eased out of the party structure, and bigots and pedophiles like Newt Gingrich and Dennis Hastert began assuming positions of power. Even hardnosed conservative libertarians like Barry Goldwater found themselves on the outs. (Ron Paul and his idiot son Rand Paul hung on to their places in the New GOP by dint of ferocious fundraising and their espousal of segregation and racial hatred.)

As the decades moved by, the GOP lurched steadily rightward, continuing to purge moderates from the party whenever possible and welcoming ever more dangerous right-wing elements into the party base. All of this driven, of course, by autocratic billionaires such as Richard Mellon Scaife, Rebekah Mercer, Sheldon Adelson, the DeVos family, and the Koch brothers.

139 House Republicans and eight Republican senators voted to overturn the election and install Trump as president by fiat. That was a straight-up vote to terminate democracy.

The 139 representatives and eight senators who voted to reject the results of a democratic election, were certainly well mannered—speakers wore formal clothes such as ties and suits rather than the outlandish outfits of the mob. The legislators adhered to time limits rather than putting their feet on desks while hamming it up for photos. But this veneer of respectability makes what happened on the floor more dangerous, by making it harder to recognize as a violation of democracy.

The legislators were there to count the votes certified by the states—after months of review by election officials, and after endless court challenges were rebuffed—and, instead, they voted to throw them out. They did this after months of lying to the public, saying that the election had been stolen. They crossed every line a democracy should hold dear. To my knowledge, not one of them has yet apologized or recanted for their participation in what even some Republican senators are openly calling the “big lie.”

I think he’s been held accountable in the court of public opinion already.

Yesterday, House Minority Leader Kevin McCarthy (R-Trump’s Ass Tastes Like Freedom) scurried to Mar-A-Lago to hump Trump’s leg. On January 13, McCarthy issued a tepid statement saying that Trump should be held accountable for the Capitol insurrection. Days later, he ran it back, saying Trump did nothing to provoke the violence. Yesterday, he ran to Florida to shove his head between Trump’s ass cheeks again.

Trump’s camp releases this photo from his meeting with McCarthy today pic.twitter.com/uJaA2FN5a0

President Trump’s popularity has never been stronger than it is today, and his endorsement means more than perhaps any endorsement at any time.

The Republican Party we knew and hated is no more. In its place is a terrorist organization determined to overthrow the federal government and destroy democracy. Their political mentors are Vladimir Putin, Adolf Hitler, and Osama bin Laden.

They can cry and scream and stroke the American flag all they want. They can lie and deny to their heart’s content. It doesn’t matter.

Trump’s political machine helped plan and organize the assault on the Capitol. Pro-Trump donors paid for it. The insurrection had the support of state Republicans throughout the country.

There will be more assaults on our democracy. More coup attempts. More violence. More bloodshed. Count on it. The flaccid objections of “principled” Republicans such as Mitt Romney, Liz Cheney and Susan Collins will not slow down what’s coming in the slightest. Kerry Eleveld wrote:

[O]ur current political picture is one of democracy in retreat, and the Republican Party is actively fueling that destabilization. Violence of the kind we saw on Jan. 6 is only the tip of the iceberg, and the vast majority of GOP officials are either afraid of the monster now devouring their party (e.g. Ohio Sen. Rob Portman retiring) or hideously trying to figure out how to capitalize on the outrage to their own political benefit.

Our democracy is strong, but brittle. The terrorists operating as the Republican Party know where the fracture points are. It’s up to us to fight to protect it, preserve it, and expand, it. And that means crushing the terrorists as a political force.