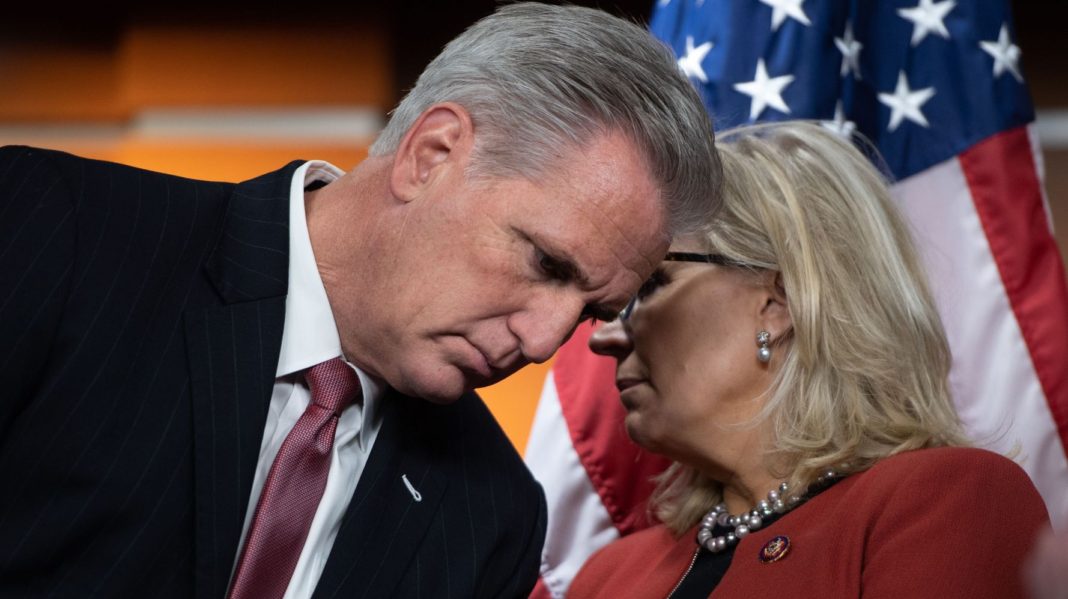 When you spend most of your life dealing with the public, you become pretty damned intimate with stupid, mainly because you hear so much of it. I don’t mean that the people themselves are stupid, but when they get caught in embarrassing or compromising positions, they’ll spout out the first stupid shit that comes to mind to cover their ass.

But since the Capitol Riot, I’ve learned that I didn’t know everything about stupid, as I had originally thought. Turns out stupid is like ogres and onions, it has layers. And the two layers I’ve uncovered are Plain, good old fashioned, garden variety stupid, and then there’s Heavy duty, industrial strength, by prescription only GOP stupid.

And ladies and gentlemen, buckle up, cuz we’re just getting started. The first J6 committee public hearing was only two days ago, and already we’re swimming in the kind of GOP stupid that requires hazmat suits. This is the kind of sludge that trapped the dinosaurs, and if they’re not careful, it’ll suck the GOP under too.

FUX News is quite correctly being pilloried in the media, not only for being the only major news outlet to not carry the hearing live, protecting their special snowflakes, but for fucking up even their backup content. FUX spent most of the time with the hearing in a little popup box in the upper right corner, but whenever they started a video, FUX switched to a widescreen shot that didn’t show the monitor. The same thing when texts from Sean Hannity were displayed. They couldn’t even deprive their viewers of content without making them wonder what good shit they were missing?

Yesterday, a RNC Spokestroll came out and declared that the J6 committee was a Communist committee! As former federal prosecutor Cynthia Alksne asked on MSNBC tonight, Communist committee? What the hell does that even mean? Ooh-iih! Pick me! Pick me! I know what it means Cynthia. It means the speaker is a flaming GOPstrd spouting GOP stupid, and I can prove it. The J6 committee put on a two hour tour de force performance. I grew up and came of age in the Cold War, already politically aware and active. And in all of those years, I never once saw a communist committee that accomplished anything more than accumulating minutes-of-the-meeting that were then recycled into Lenin Day cards. The speaker is an idiot.

And then yesterday, a literal Old Faithful of GOP stupid spouted off by none other than GOP congressman Scott Perry. In her opening statement, Liz Cheney said, Representative Scott Perry refused to appear before this committee. We will show that in the days following the riot, Perry asked the White House for a pardon. Right on cue, Perry tweeted out that it was a Total lie! and Absurd on the face of it! Umm, Scott? You sure you want to pen yourself in like that?

See, here’s the thing. In 17 months, the J6 Committee has interviewed more than 1000 people, and examined more than 140,000 documents. They don’t need to lie or guess, they have everything they need. One of the reasons Thursday’s hearing was so masterful was that Cheney treated her opening statement like an infomercial for an upcoming season of Lifestyles of the Political and Conspiratorial. They threw in just enough outtakes to hook viewers into wanting to make sure to tune in, without giving away any big reveals. But the important thing is, the script is already written, and the committee knows how it ends.

The ones who don’t know what the script says are the GOP. And they’re not happy about it. And because they’re GOP stupid, they’ll do exactly what Perry did, call it bullshit. I can guarantee you that somebody in the committee noted Perry’s response, and at the perfect moment in an upcoming, you’ll hear from a west wing staffer who remembers hearing Trump talk to Perry on the phone about arranging a pardon for his criminal activity. I want the rest of the GOP representatives that also petitioned the White House for a pardon named asap, so that they can go on the record denying it, only to be proven liars later.

See, this is the real problem for the GOP, they’ve boxed themselves into a corner. They had a chance for a non partisan commission, and punted because it would make Trump look bad. Then they had a chance for a seat at the table on the bipartisan committee, but pissed that away in order to paint the committee as a totally partisan witch hunt. Except Pelosi managed to get GOP reps Adam Kinzinger and Liz Cheney on the panel anyway, and since day one these two have come across as such bipartisan, patriotic straight shooters that the GOP can’t make the partisan witch hunt! thing fly. And now, we’re at the day of reckoning, and the GOP has no eyes and ears on the inside.

At this point, from where I’m sitting, the best possible course for the GOP is to continue to treat it as a partisan exercise, duck questions, and try to look like it’s business-as-usual without a care in the world. But we’re talking GOP stupid here. Traitor Tot and the GOP are under attack, and must be defended. The problem is, there’s no sane defense. And the midterms are coming up. Don’t touch that dial.