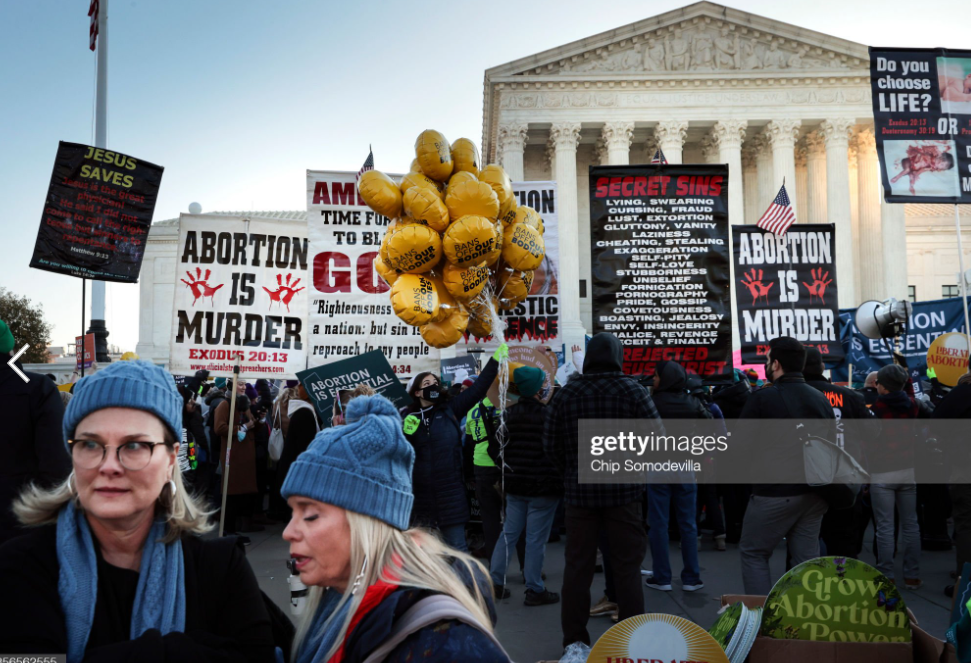 One of the big problems for Democrats and independents on the abortion issue is that, based on Roe v Wade, they always looked at abortion as a national issue. The case was decided in the Supreme Court, so any challenges to it would be fought there as well.

Sadly, the GOP knew better. After all, Ros isn’t a law, it’s a judicial opinion. And the opinion says that a woman has the right to an abortion up until the 26th week of pregnancy. But the opinion didn’t say anything about the conditions in which a woman could obtain an abortion, or the restrictions that could be placed on the procedure and providers.

That was all they needed. While the GOP set about the arduous and time consuming effort to pack the federal courts with judges who would one day overturn Roe, the GOP also set about electing conservative state legislators and Governors, who could begin passing as many restrictions on abortion as possible, keeping the GOP promise.

And that is still the way everybody sees it. Everybody to the left of Mitt Romney is terrified of losing Roe to a runaway activist court. And the GOP is terrified of what a properly motivated and enraged Democratic and independent base could do to their chances in the national midterm elections in November. But the GOP has a potentially much larger problem on its hands.

Since Roe became officially on the SCOTUS chopping block, and it has become obvious that Biden can’t do anything, and congress won’t do anything because of the filibuster, the scales have finally fallen from the eyes of Democrats and independents. Of course they have to elect Democratic majorities in November, large enough in the Senate to carve a filibuster exception and codify Roe v Wade into law. But that’s not what’s the worst for the GOP.

Here’s what’s the worst for the GOP. With the realization that congress and Biden are impotent, at least in the short term, the Democrats and independents have suddenly discovered the fact that the salvation of abortion rights lies in the individual states! Yes, it’s critical to vote Democrats to congress to codify Roe, but it’s equally critical to elect Democrats to state legislatures and Governorships, in order to protect the abortion rights they have, or try to roll back GOP restrictions.

This could be disastrous for the GOP. A recent poll showed that 45% of Democrats are highly energized by Roe as opposed by 25% of Republicans. It was reported that the DNC has raised more than $12 million since the draft leaked. And this motivation will activate state grassroots organizations to put as much stress on state legislature races as they do on the national races.

Not only could motivation be on the Democrats side, but so could money. The Democrats can continue to fundraise off of this. How does the GOP fundraise off of Mission Accomplished! And keep this in mind as well. Trump is dominating the grassroots fundraising in the party, the RNC is lagging far behind. And you know that Trump isn’t going to spend on state races in the midterms. The DNC will be able to fund state races, but the GOP may struggle to fund tight races in critical districts and states.

There’s your GOP underwater stump right there. The leaked Alito opinion has motivated the Democrats nationally, endangering the GOP’s chances in the midterms. And it finally focused Democratic attention on state races, which the national party historically basically ignores. The GOP may be short of cash, but the Democrats should have some and gee, guess what? Historically state races are the cheapest to run. Don’t  touch that dial.