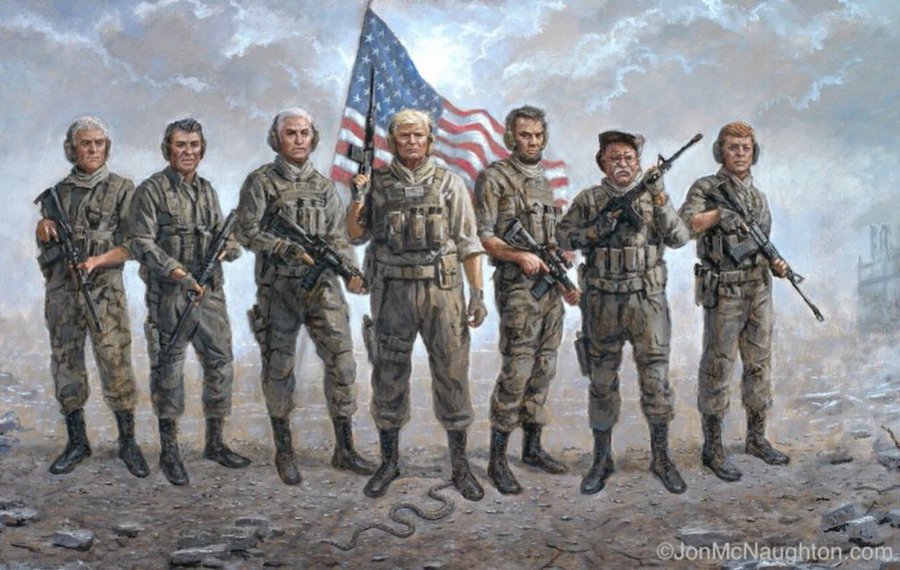 Cinema is a potent drug as Steven Spielberg has observed and television is a different dimension as Rod Serling told us, back in the day. Things happen on the silver screen, both big and large, that look like real life but are not real life. Hollywood made it its business to create its stars as larger than life gods and goddesses and to hide their shortcomings from the public. That might work, to a certain extent, in the land of make believe, but you put these same elements into politics where the stakes are ever so much higher and you have the foundation for explosive events. And that is exactly what we have witnessed come to pass in the Era of Trump.

Trump’s disciples project on Trump like crazy. This is true of any star. You can’t be a star unless you’ve got the ability to make it seem plausible that you jumped out of a plane without a parachute and survived or you ran away unarmed from a squad of heavily armed goons chasing you and then managed to kill them off one by one with makeshift weapons that you found and survived by your wits. If you can’t make the fantastic seem plausible you’re not a star.

John Wayne, Clark Gable, Gary Cooper and others were completely transparent with their fans that it was all playacting and in real life they couldn’t do any of the stuff they did on the screen. Many actors of this generation, Keanu Reeves comes to mind, say the same thing. That’s because they have some degree of humility and are grounded enough in reality to be able to say such things. Not Donald Trump. Just the reverse, as a matter of fact. Trump makes up lies about who he is, what he can do, and when the MAGAs pick up on those lies and portray him as their gilt plated tin God, he loves it. He laps it up. He lives to create illusion and grift from it.

Jon MacNaughton is a painter who, for whatever reason, finds his muse in creating works of fantasy about Trump. He shows a version of Trump which is hyper-masculinized, a winner at cards, a rider of motorcycles, with Melania wrapped around him in back, a Rambo-esque fighter, and you’ve seen the latest, the greatest American leader among a collection of great American leaders. And we’ve all seen the whacko Mt. Rushmore mock ups, not created by MacNaughton, but along the same lines as his work.

Why this is so, has been the subject of many thousands of words and will be in the years to come. Lindsey Graham compared Trump to a combination of con artist showman P.T. Barnum and overt racist Jesse Helms. Graham seemed to think it was a compliment.

Trump is a phenomenon. What is most phenomenal about him is that he’s so utterly lacking in depth and substance. The reality of the man could fit into a gnat’s navel. But by means of some sorcery that has yet to be divined, he manages to con millions of people into projecting their visions onto him, making him their hero, when the well known fact of the matter is, he loathes the people who support him. He wants nothing to do with the “common man” he lives to mingle with celebrity, always has.

This is more realistic pic.twitter.com/8nsyZHWZYE 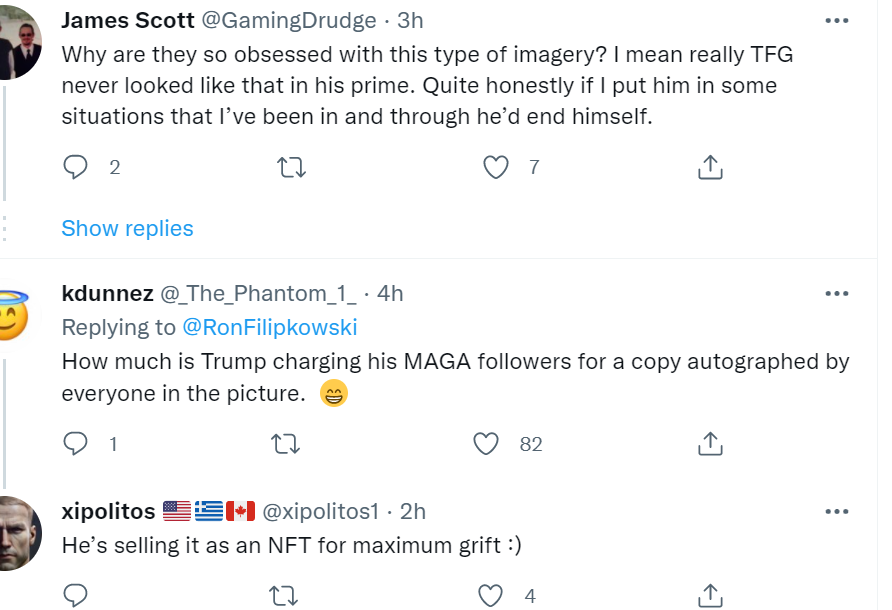 There are many keys that unlock the door to imagination and MAGAs dream up some pretty wild stuff in Trump’s image as we have seen. He’s god and graven image all in one.

This could all stay in the realm of the amusing or the intellectually curious but for the fact that the kind of chaos and division that Trump has brought to American politics does not bode well for democracy, it bode well for fascism. And that’s just fine with Trump, perfect in fact. Give him all the power and all the money because that’s what he wants and nothing less is enough.

The MAGAs have a shadow/persona relationship with Trump. He is the manifestation of who they wish they could be. They are small people, as is he, but he’s a small person living large and getting away with murder. That’s what they love about him. And that’s why they support him. They want to see just how much more he can get away with and so does he. It’s all one big game of chicken. The problem with chicken is that one of the cars goes over the cliff and whichever one does in this scenario, it contains Americans. This is our national tragedy.