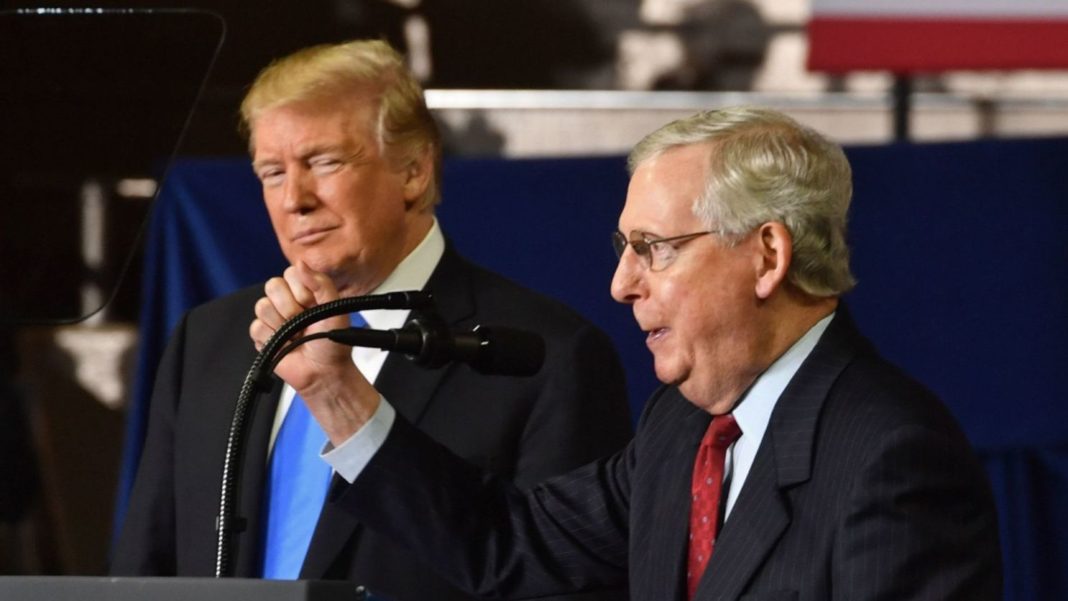 You know, the first term midterms of a new administration are supposed to be easy. And if you’re the party that’s out of power, they should be almost kindergarten easy. You just point out all of the ways that the new administration is fucking up, and promise to do better if voters just give you the keys to the car.

And believe me, McConnell, McCarthy, and the sane GOP desperately want to do it that way. Because as much as Biden and the Democrats have accomplished, the winds are against them. Gas prices, infant formula shortages, and retail inflation are a cornucopia for electoral success.

But the GOP can’t seem to stop stepping on its own crank. They have a delusional disgraced of the former President who is hell bent on making Stop the Steal the dominant theme of the 2022 midterms. Polling shows that it didn’t work then, and it isn’t working now. Even GOPtards have a shorter memory span than that. But Trump is insistent, and he’s going to get hand picked candidates through the primaries that will go to the general election spouting nothing but that nonsensical claptrap. Which is not good, since early polling shows GOP enthusiasm higher than Democratic enthusiasm. Why run on shit that turns people off?

But now there are forces coming to bear that the GOP can’t control. It was almost a month ago that a draft of Justice Alito’s ruling scorching Roe v Wade was leaked to the press. The result was an instant nightmare for the GOP. Weeks of massive street protests, especially on weekends ensued, and the DNC raised almost $2 million in the first 48 hours. The national GOP tried to soft sell the ruling, but state GOP legislatures gleefully piled on to race each other to pass the most restrictive abortion laws they could. The Democrats can’t just fundraise on this issue, they can run on it.

And now another wild card thrown out of the deck. Yesterday, yet another senseless gun massacre, this one in a Texas elementary school, killing 19 9-10 year olds, along with 2 teachers, rocked the nation. If there’s a worse place in the country for the GOP for a mass casualty event to take place, I don’t know where it is. Texas has the loosest gun laws in the country, and a Governor who loves to Get in your face about it. Then add in the fact that the fucking NRA is set to convene their national convention in Houston on Friday, while wakes and funerals for 10 year olds are going on 200 miles away.

This time at least, you can measure the damage to the GOP in real time. Two high profile scheduled speakers at the convention, GOP Representative Dan Crenshaw, as well as senior GOP Texas John Cornyn have dropped out at the last minute. They can do that, they’re safe. Abbott and Patrick are running this year, and they need the NRA cash, and Cruz is setting up for a presidential run in 2024. They’ll all show up.

The point is, this is totally fucked up for the GOP, and may well ruin a dream opportunity. The GOP doesn’t want to talk about itself, instead it wants to talk about the abject failures of the Biden administration, and promise a land of milk and honey if the voters just return them to power. All while the Democrats stumble around trying to defend their record and accomplishments.

But instead, His Lowness wants to relitigate 2020, which is a guaranteed loser. And now they have the Democratic base fired up over abortion rights, and sensible gun control. The GOP wants the Democrats defending their record, and instead, the Democrats have multiple social issues with which to attack the GOP in the general election. And that is not a formula for success for the GOP in the midterms. Don’t touch that dial.