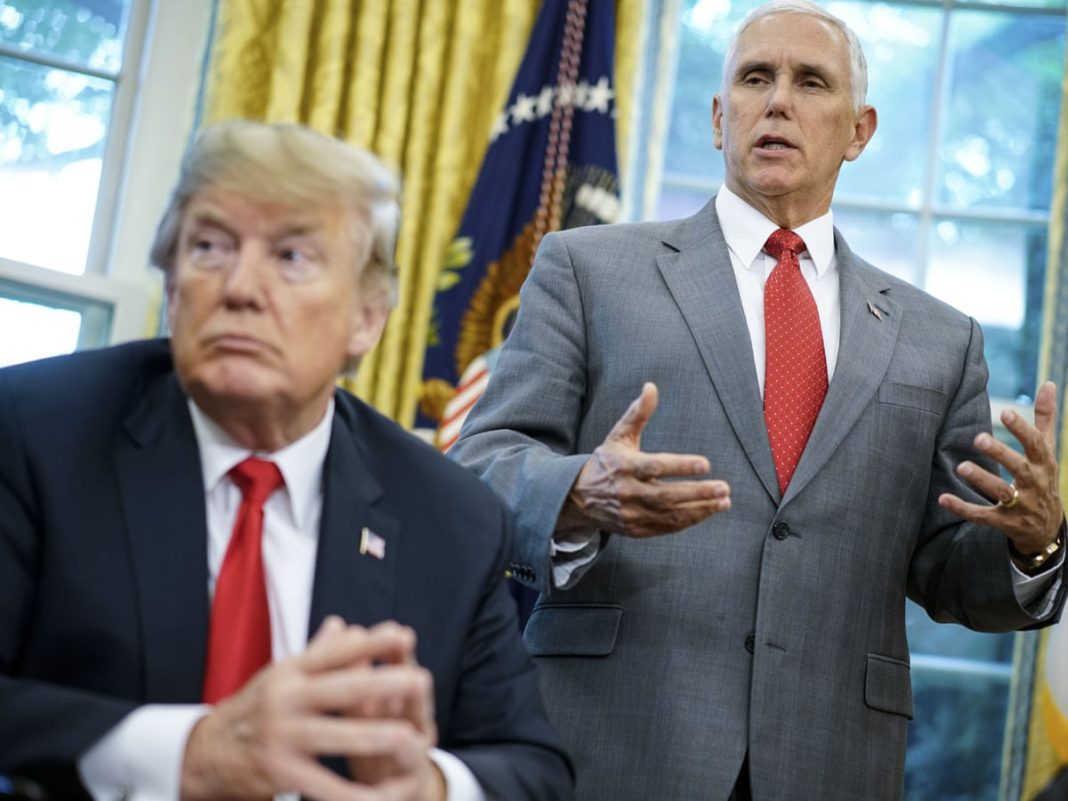 Have you noticed how silent as the grave Donald Trump is on the subject of Jeffrey Rosen, Jeffrey Clarke, and the draft of the letter to Georgia alleging election fraud, which would have poisoned the political groundwaters, perhaps permanently, by lending the official weight of the Department of Justice to the claim of election fraud in the 2020 election? But maybe this missive from Trump is his response to this latest scandal. It’s his usual knee jerk, yeah, but, what about what they did to me?

What a sad, demented, broken man. Holed up at Bedminster surrounded by a handful of paid sycophants, rambling incoherently at past imaginary wrongs and slights. He’s Charles Foster Kane at this point, and I’m just waiting to hear ‘Rosebud.’ pic.twitter.com/h0z0dTjSuF

Having observed Trump lo these many years, I think that this is his way of addressing the Georgia letter scandal without addressing it. And he should be afraid to address Georgia, Rosen, Clarke and the letter Clarke wrote, because if anything is going to get Trump indicted in a criminal proceeding, this is it. Georgia Recorder via Raw Story:

On Dec. 28, a top official in the Trump Department of Justice circulated an extraordinary, potentially history-altering letter to his colleagues, writing that “I see no valid downsides” to issuing the letter and proposing that they “get it out as soon as possible.”

In that letter, reported this week by ABC News, Jeffrey Clark falsely claimed that there were such “significant concerns” about the legitimacy of the election in Georgia that Gov. Brian Kemp ought to call the state Legislature into special session to overturn the results and give Donald Trump the state’s 16 electoral votes.

That of course was a lie, a lie created to foment a coup.

“Given the urgency of this serious matter … the Department believes that a special session of the Georgia General Assembly is warranted and in the national interest,” the draft letter stated. It also argued that if Kemp balked at calling a special session, the Legislature has “implied authority under the Constitution” to call itself into session and act.

That is exactly what Trump wanted to happen, massive chaos and confusion.

At that point, and at several others in the week of Dec. 27, history teetered, putting the fate of our democratic republic in true jeopardy. It was preserved only because a handful of people in crucial positions made the right decisions.

Different people, willing to make different decisions, might have brought it all tumbling down.

For example, if Clark’s proposed letter had been made public, throwing the prestige of the DOJ behind claims of electoral fraud, it would have added enormous, perhaps overwhelming pressure on Kemp and Republican legislative leaders to call that special session, and to alter the election outcome. Because as we’ve learned, Georgia was considered key. The Trump campaign clearly believed that if they could bum-rush Georgia into throwing out the vote of the people, based purely on nonsensical “evidence,” other GOP-leaning states such as Arizona, Michigan and Pennsylvania would be pressured to do the same. If Georgia fell, Trump may have been well on his way to remaining in power despite being clearly, and fairly, defeated under the rules laid out in the Constitution.

As well you know, the elected officials in Georgia upheld the law. Despite being Republicans they didn’t just throw in with the cult of Trump, they did their jobs — and a few may lose their jobs as a result. Both Brad Raffensperger and Brian Kemp come up for election next year. It’s been widely speculated that their careers are toast for daring to put the rule of law above the rule of King Trump, but maybe this newest revelation of Trump’s shenanigans will positively affect their situations.

And do not minimize the legal consequences of this situation. Donald Trump and Jeffrey Clarke conspired to interfere with the 2020 election. The creation of the letter was an overt act in furtherance of an agreement to do something illegal.

This is six minutes long and a good explanation of the facts and issues involved.

Again, the fact that you have not heard Trump cry out that Jeffrey Rosen is a “loser” or  a “showboat” or that he “barely knew him” or any of his usual hype is indicative that this is on a different plane altogether.

And again, somehow the guardrails on democracy held. The people in charge made the right decisions, but had they made the wrong decisions, then it’s possible that a handful of people could have overthrown democracy. Think about that.

We have to safeguard these processes because if we end up with another president with a fascist bent, which is increasingly more likely as the right wing embraces Viktor Orban, Jair Bolsonaro and others, we need to be prepared. It would be naive in the extreme to just say, “Ah, we’re rid of Trump, it will never happen again.” Wrong.

Also, don’t minimize the fact that the post-election changes in Georgia election law have weakened the system of checks and balances and that could be problematic if/when another scenario like this arises. Under current law state legislators wield more power over how elections are conducted. Just because we dodged the bullet once does not mean we’ll do so again.