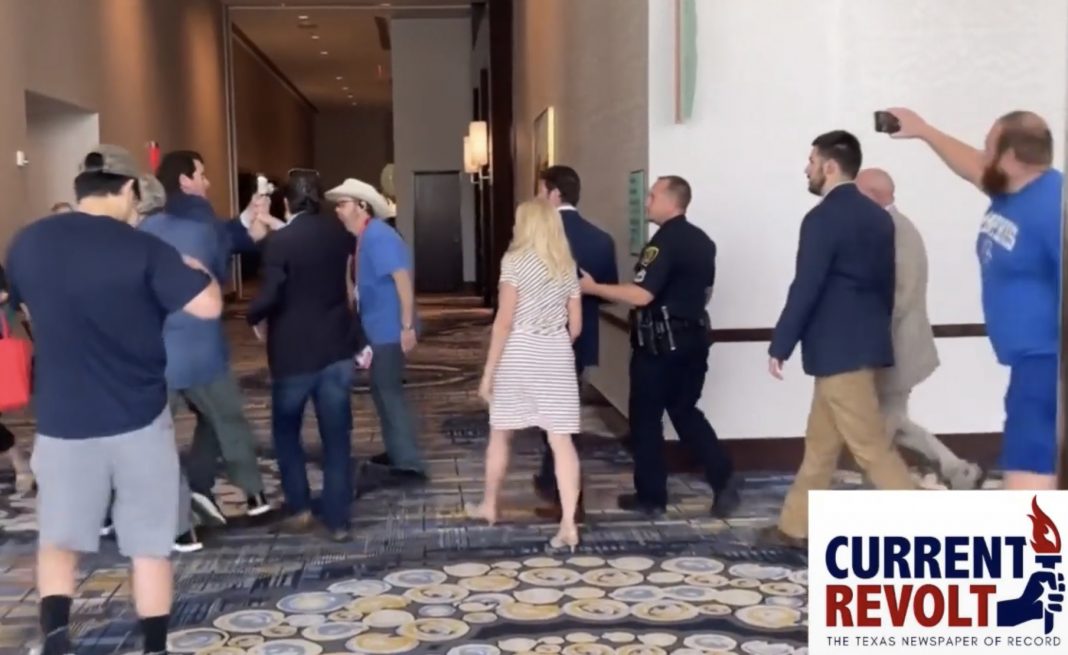 Texas Republicans gathered in Houston for their convention this weekend are behaving like like a pack of liquored up teenage boys throwing down Fireball shots and looking to trash anything within reach.

Yesterday it was John Cornyn’s turn in the barrel when he was nearly booed off the stage in mid-drone for the sin of pretending to cooperate with Democrats on Gun Control.

Today it was the turn of the Log Cabin Repulicans who, after being denied a vendor’s booth at the toga party earlier in the week, were formally booted from the frat house today by a 3-2 vote of whatever conch passing Lord of the Flies assembly dictates there.

Almost unbelievably Fuckface Jr. leapt to the Lincoln Loggers defense, which likely means he has just signed his death warrant in the party (heh)…

Then there was Dan Crenshaw, once a darling of the unhinged right, who just days ago advocated impeaching Biden should the GOP prevail in November, but had the unmitigated gaul to call out Tucker Carlson for being the Putin lovin’ lackey that he is, jostled by a group of mothertuckers calling him “globalist”, “Eyepatch McCain” and asking him whether he preferred the slopes of Davos or Aspen.

It’s looking like Godzilla taking on Mothra down in the Lone-star State folks – the feisty bug-eyed lunatic fringe seeking to move up in weight class and take on the lumbering slow-witted establishment heavy-weight in a fifteen round, no TKO blood match.

And I’m here for it.

I hope they keep doing their crazy thang: