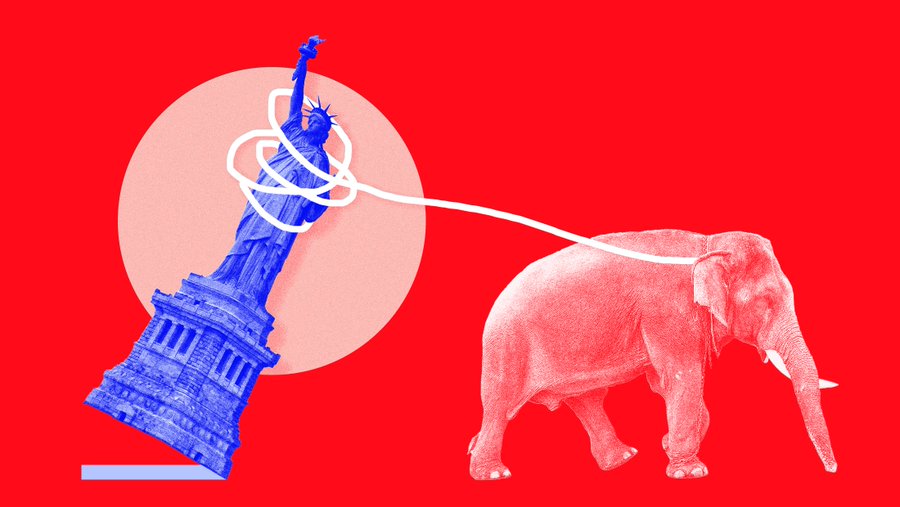 This is shaping up to be hairy and very fast. The back story is that the January 6 Select Committee subpoenaed a company named Salesforce. Salesforce is a “customer relationship management giant” who knows all the ins and outs of the Republican National Committee’s fundraising. That isn’t setting well with the RNC, that this vendor has been subpoenaed and so now they’re taking the J6 Committee to court. Axios:

Why it matters: It’s the most significant legal confrontation so far between the GOP’s official apparatus and the congressional committee investigating the Jan. 6, 2021, attack on the Capitol.

Details: The substance of the Salesforce subpoena seeks documents from the RNC’s fundraising platform vendor, owned by Salesforce, that the committee says could contain evidence of fundraising practices based on falsehoods that may have contributed to the attack.

What they’re saying: “The RNC and its millions of supporters face an unprecedented threat that will undoubtedly chill their First Amendment rights and expose the RNC’s supporters to reprisals and harassment,” the document says.

This has all the earmarks of becoming a nasty, politicized battle. Here’s the bottom line.