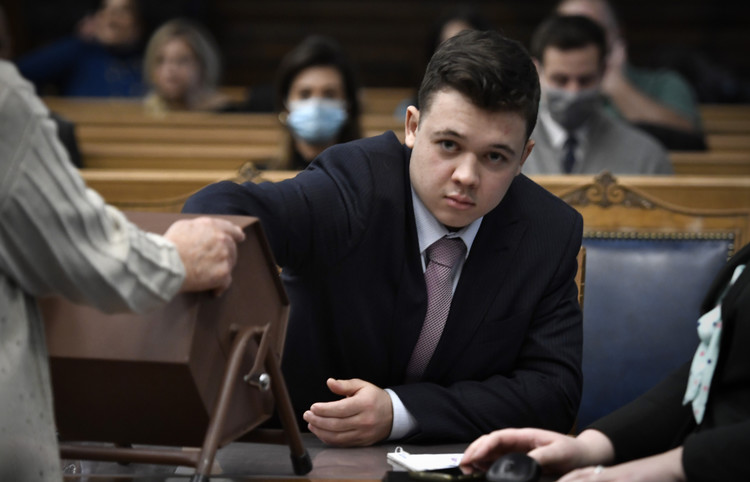 It’s said that great lawyers know the law and smart lawyers know the judge. That’s been made pretty plain when looking at the actions of Judge Bruce Schroeder in the Kyle Rittenhouse homocide trial. He’s demonstrated bias in Rittenhouse’s favor from the beginning and apparently he doesn’t care who thinks so. He blew peoples’ minds when applauding an expert witness about to take the stand because it was Veteran’s Day, but that’s nothing compared to today’s exploit of letting Rittenhouse choose which jurors are the 12 who will decide the case and which the alternates. Another courthouse first. Associated Press:

(AP) — Kyle Rittenhouse played a direct role Tuesday in deciding, albeit randomly, who will be the final 12 jurors that will decide his innocence or guilt in the murder trial over his killing two protesters and injuring a third last summer.

At the direction of Circuit Judge Bruce Schroder, Rittenhouse’s attorney placed slips of paper into a raffle drum with the numbers of each of the 18 jurors on it who sat through the two-week trial. The drum had been sitting on a window ledge throughout the trial but was placed in front of Rittenhouse at the defense table Tuesday.

Portage County Assistant District Attorney Robert Jambois was a prosecutor in Kenosha in 2008 when he tried Mark Jensen for homicide in front of Schroeder. Jensen was accused of poisoning and smothering his wife in one of the highest-profile cases to land in Schroeder’s courtroom before Rittenhouse.

Jambois said alternates were designated by picking numbers from a tumbler but the clerk of courts pulled the numbers from it, not Jensen.

“I’ve never heard of a defendant pulling the names,” Jambois said. “That’s done by a member of the court.”

Julius Kim, a former Milwaukee County assistant district attorney, said he’s never seen a judge allow a defendant to draw the numbers to determine who the final members of a jury will be.

This is just part of the ongoing freak show that Schroeder has made out of his courtroom.

Next: Judge Schroder lets Kyle Rittenhouse choose his fate from a raffle drum marked with verdicts ranging from "Not Guilty" to "Innocent as Hell."https://t.co/3s7G8joHR1

he's drawing papers out of a raffle drum so it's mostly just the judge doing an open "fuck you" to anyone who thinks he's being too preferential to Rittenhouse, rubbing it in

That’s pretty much how the shot is being called.