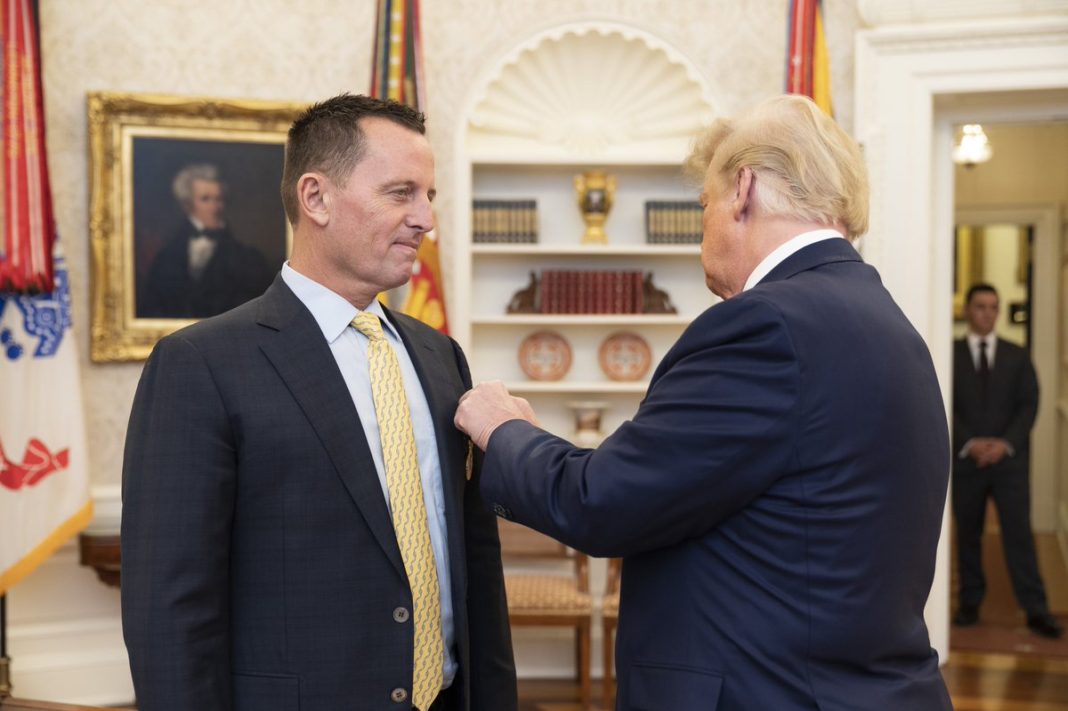 I usually can guess what the rationale is behind the latest right-wing media fantasy pitch, but I have to confess that this one has me baffled. Newsmax is reporting that Ric Grenell is headed to Iowa and the hype is that maybe, just maybe that portends an announcement that Grenell would be Trump’s running mate in 2024.

Now this is fascinating because last we knew, MAGA was not too thrilled with gays. Certainly that was the takeaway from this past weekend’s GOP convention in Texas, where the Log Cabin Republicans, a gay group that even gave an award to Melania last year, were denied a booth.

If you can figure this one out, explain it to me.

Please do. I would love to see MAGA react to a gay running mate. They already went nuts when the Log Cabin Republicans hosted a dinner at Mar-a-Lago. pic.twitter.com/pDqPkYuufr

My best speculation at this point is that Newsmax is breathing life into this fantasy in a desperate attempt to put a band aide on the egregious behavior of the Texas GOP Republicans who labeled being gay as an “abnormal lifestyle choice” or words to that effect.

Ric Grenell has as much chance of being Trump’s running mate as I have of being crowned Miss Teenage America, but whatever. Let’s see how many news cycles this holds up for. My prediction is one quarter of one, which is maybe six hours.